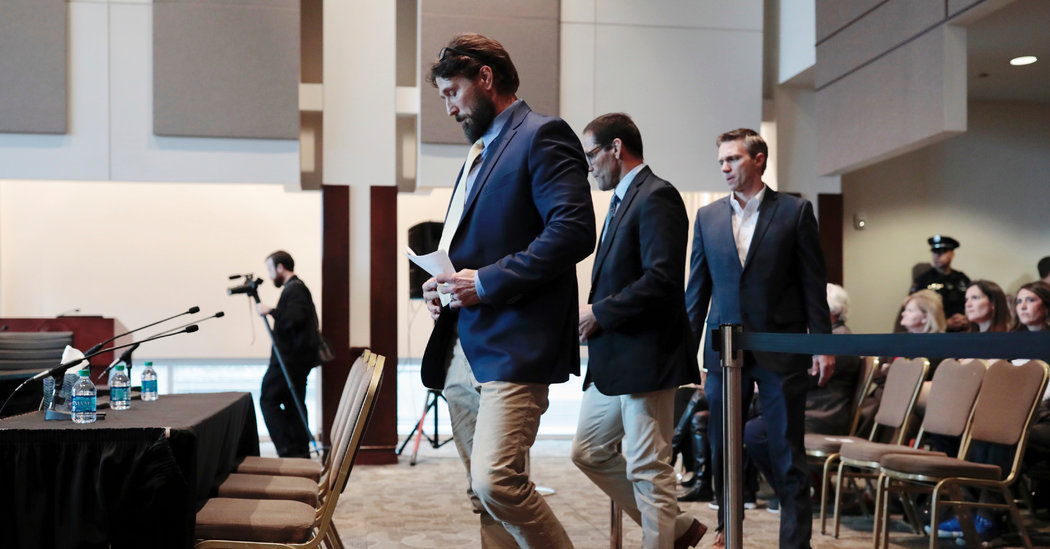 Ohio State University said Friday it would pay $41 million to resolve some of the lawsuits stemming from several hundred sexual assault claims made against a doctor for the school’s athletic department. The payouts to 162 people represent close to half the former athletes and other students who have filed lawsuits against the university because of assaults committed by Richard H. Strauss during his nearly 20 years as a team doctor.

The athletes — football players, wrestlers and others — were assaulted after being sent to Strauss for treatment of injuries or for physical examinations before their seasons began, the university said in a 182-page report that was released last year and detailed the abuse, sometimes in graphic terms. It ranged from groping to requiring them to strip unnecessarily to asking them questions about their sexual behavior under the guise of medical treatment.

“Our clients are a step closer to closure and a step closer to this being part of the healing process,” said Rick Schulte, the attorney who led the negotiation. “Many of these student athletes want to be closer to the university and this hanging out there and not being resolved made that difficult for them.”

Several other lawsuits are still pending. The university said in a statement announcing the settlement that officials were in mediation with other victims and “committed to a resolution with plaintiffs, including a monetary resolution.”

“The university of decades ago failed these individuals,” Michael V. Drake, Ohio State’s president, said in the statement.

Finding a resolution with the remaining victims may not be easy.

Rocky Ratliff, who represents 38 former athletes who were not part of the agreement, called the $41 million settlement “pathetic,” comparing it unfavorably to the nearly $30 million the school will pay the football coach Ryan Day over the next four years of his contract.

“We’re not going away on some peanut number that Ohio State throws out there,” said Ratliff, a former wrestler who said he was abused by Strauss and has filed a separate lawsuit. “Ohio State makes more than that with the revenue from one football game.”

The 2019 report, commissioned by the university, described repeated examples of institutional failure that allowed Strauss to abuse at least 177 students, though the number of plaintiffs suggest it was considerably higher. The report said that more than 50 athletic department staff members and others had been aware of the doctor’s misconduct but did not try to stop him.

Unnamed in the report was Jim Jordan, the influential Republican congressman who was an assistant wrestling coach at a time, in the late 1980s and early 1990s, when Strauss was “infatuated” with the wrestling team, according to the report. Several former wrestlers said Jordan was among those who turned a blind eye, something he has denied.

The $41 million that Ohio State has agreed to pay victims is a fraction of the $500 million that Michigan State paid to settle a lawsuit by 332 victims of Larry Nassar, a team doctor who was convicted of sexually abusing hundreds of young girls and women.

Schulte said several factors were different, including perceptions about the abuse. Strauss’s assaults took place long ago, and the laws in Ohio are less favorable than those in Michigan, he said. All 162 plaintiffs who were offered a settlement accepted in the end, he said.

“We spent time talking to the clients, and going through litigation is like being re-victimized,” Schulte said.