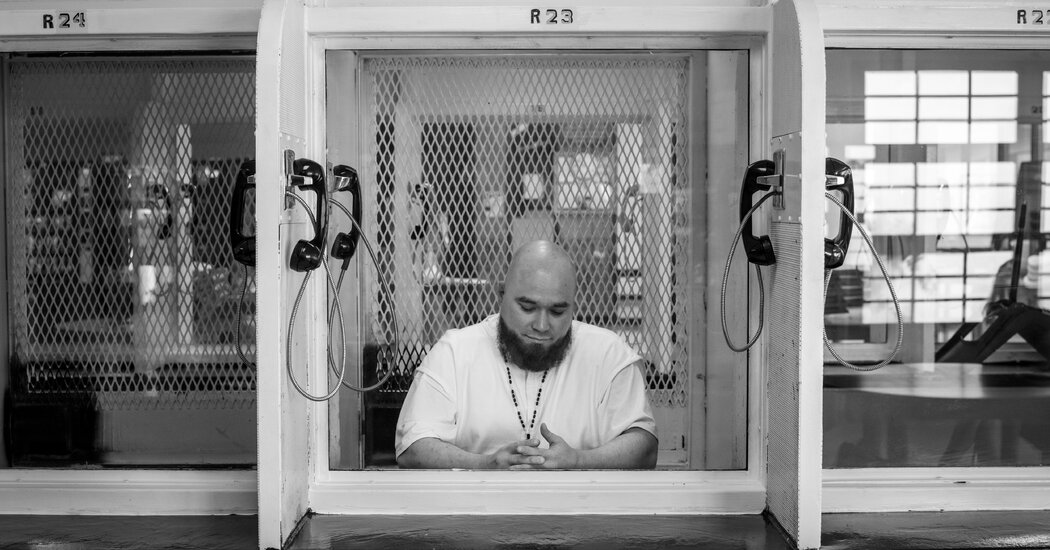 For those of us with serious reservations about the death penalty, the Supreme Court’s last-minute stay of execution last month on behalf of a condemned Texas inmate came as a happy surprise. The court’s majority has been so unreceptive to death penalty appeals, particularly to requests for intervention on the eve of a scheduled execution, that any sign of attention to a death row inmate’s complaint is welcome.

Yet it is that very context that gives me second thoughts about the court’s unusual action in this case, set for argument on Nov. 1. Given the justices’ routine rejection of death penalty appeals, including during the Trump administration’s unseemly rush to execute 13 federal prisoners from July 2020 until just four days before President Biden’s inauguration, isn’t there something off-key about the court’s sudden willingness to inject itself into this one?

What is it about John Ramirez’s case that makes it different, for example, from the case of Corey Johnson, whose I.Q. tested as low as 65 and whose lawyers argued that he was therefore constitutionally ineligible for the death penalty; or of Alfred Bourgeois, another low-I.Q. inmate; or of the mentally ill Lisa Montgomery, who strangled a pregnant woman and cut the unborn baby out of the victim’s womb? The federal government put these three and ten other inmates to death during what Justice Sonia Sotomayor pointedly labeled “an expedited spree of executions.”

Consider that in Lisa Montgomery’s case, the court, at the administration’s last-minute request, actually vacated a stay that a federal appeals court had granted, thus enabling her immediate execution. In the Johnson case, an appeals court had denied a stay by a vote of 8 to 7, a fair indication that there might have been something for the Supreme Court to think about before permitting that execution to go forward.

Whether the court should have ruled for these inmates on the merits of the issues they raised is a separate matter. My point here is simply that the court allowed the executions to go ahead without really bothering to consider the merits. Conservative justices often object when the court is asked at the last minute to stop an execution. “Last-minute stays should be the extreme exception, not the norm,” Justice Neil Gorsuch wrote in a 2019 majority opinion rejecting a Missouri inmate’s claim that an underlying medical condition would make lethal injection so painful as to be unconstitutional. Mr. Ramirez, convicted in 2004 of committing murder in the course of a robbery, was scheduled to be executed on Sept. 8. His lawyers filed the application for a stay on Sept. 7, and the court granted it the next day.

He is not at this point contesting either his guilt or his death sentence. Rather, his case concerns what will happen in the execution chamber in the moments before his death by lethal injection. Texas permits the presence of a spiritual adviser of an inmate’s choice in the execution chamber. Mr. Ramirez wants more than his pastor’s simple presence. He claims both a statutory and constitutional right to his pastor’s touch and to audible song and prayer as the lethal drug is administered. In other words, what’s different about this case, what made it stand out and what commended it to the Supreme Court’s attention, is that it’s about religion.

As to why this is problematic, consider the context. On Sept. 1, a week before the court granted the stay in Ramirez v. Collier, the justices refused a request by Texas abortion providers for a temporary stay of the state’s vigilante abortion law. That refusal allowed the law to remain in effect, all but eliminating the availability of legal abortion in the country’s second-most-populous state.

What’s the point of linking these two seemingly unrelated actions? It is this: While abortion has been a constitutional right for nearly half a century, no court apparently has ever deemed a pastor’s touch and voice in the execution chamber to be required by any statute or constitutional provision. The same court that evinced no concern for whether the women of Texas could exercise a well-established constitutional right suddenly demonstrated exquisite concern for a purported right.

True, there is always a first time for everything, and in fact, some states, as well as the Federal Bureau of Prisons, do permit prayer and the laying on of hands as a matter of policy. The federal government informed the court in its brief that during the recent string of executions, “at least six religious advisers spoke or prayed audibly with inmates,” and there was some brief physical contact. Texas itself, which has carried out more than 500 executions by lethal injection, permitted both touch and prayer during the many years when it employed prison chaplains.

The state’s history on the question of clergy members in the execution chamber is convoluted, to say the least. Texas employed only Christian and Muslim chaplains when, in 2019, a Buddhist inmate sentenced to death requested the presence of a Buddhist spiritual adviser at his execution. The state refused, and the Supreme Court, over the dissenting votes of Justices Gorsuch, Samuel Alito and Clarence Thomas, granted the inmate, Patrick Henry Murphy, a stay of execution. The court’s unsigned order told the state to permit Mr. Murphy to be accompanied by his own spiritual adviser “or another Buddhist reverend of the state’s choosing.”

In a concurring opinion, Justice Brett Kavanaugh wrote that to avoid discriminating against particular religious denominations, the state must either permit clergy members of all religions into the execution chamber or none. “The choice of remedy going forward is up to the state,” he concluded.

Texas responded by excluding all members of the clergy from the execution room, a policy that another Texas inmate, Ruben Gutierrez, challenged the following year. The stay of execution he won from a federal district judge was vacated by the U.S. Court of Appeals for the Fifth Circuit. The Supreme Court vacated the Fifth Circuit’s action and sent the case back to the lower courts for further consideration of whether the state could justify excluding all clergy members.

Rather than continuing to defend the exclusion, Texas yielded and announced in April that state-employed chaplains or outside spiritual advisers would be permitted in the execution chamber. But the state has drawn the line at touch and audible prayer. “An outsider touching the inmate during lethal injection poses an unacceptable risk to the security, integrity, and solemnity of the execution,” the state told the court in its brief. “Vocalizing during the lethal injection would interfere with the drug team’s ability to monitor and respond to unexpected occurrences.”

There are procedural obstacles that might prevent the justices from reaching the merits of Mr. Ramirez’s challenges to the current Texas policy; the state argues that the inmate failed to pursue his claims through the prison system’s administrative process, which is a gate-keeping requirement for prisoners seeking access to federal court.

If the court does proceed to the merits, it will have to decide whether either the First Amendment’s guarantee of the free exercise of religion or a federal law called the Religious Land Use and Institutionalized Persons Act gives Mr. Ramirez what he wants. An execution chamber is a fascinating place for the court’s traditional deference to prison officials and its more recent deference to religion to meet.

But whatever happens following the Nov. 1 argument, Mr. Ramirez will have obtained something that few other death row inmates ever get these days: a Supreme Court audience.