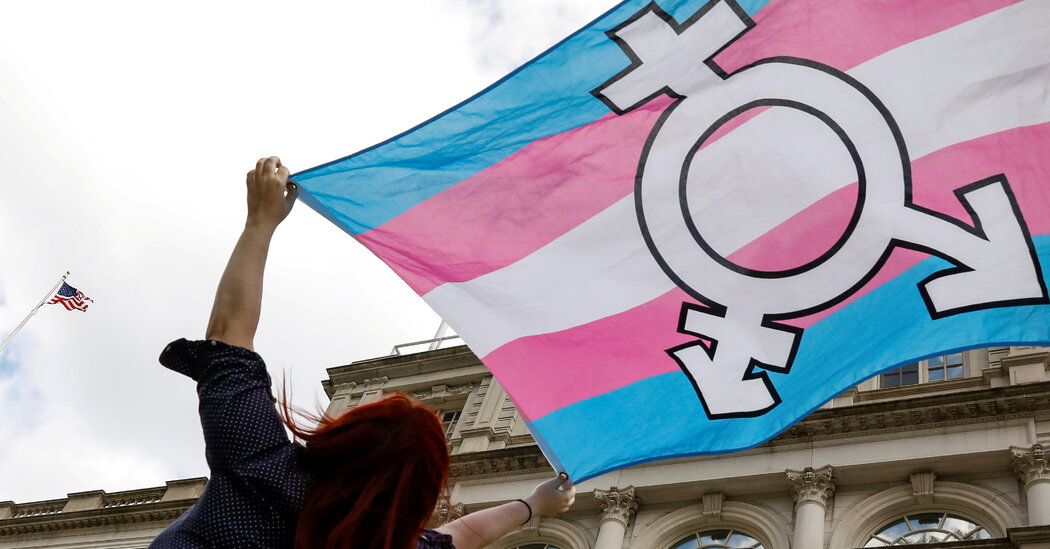 The Equality Act would provide consistent safeguards for L.G.B.T.Q. people, without taking anything away from anyone else.

How can I convince someone that I deserve to exist as much as anyone else?

For decades, this has been my work. I have had to lobby for rights so many others take for granted, not just in the offices of my state legislators, but also in the professional settings where I conduct sensitivity training workshops, and even in my own doctor’s office. Something as simple as going on a date or taking the subway home late at night as a trans woman can be dangerous.

That’s why I was elated in February, when the House of Representatives narrowly passed the Equality Act, which would ban discrimination against people based on sexual orientation and gender identity. It would also substantially expand the areas to which those discrimination protections apply. A Senate committee is now holding hearings on the legislation.

But Republican senators have already expressed strong opposition. “I would talk till I fell over to make sure that the Equality Act doesn’t become law, destroying the difference between a man and woman in our law,” Senator Lindsey Graham of South Carolina declared.

Imagine for one moment how it feels to know that your rights lie in the hands of politicians like him, people who view you as a threat. When do I get to talk until I fall over? Why do Mr. Graham and his ilk get to decide how my life will be shaped through policy? Will they take responsibility for the lives of those they refuse to protect?

A patchwork of laws has made it possible for trans people to live with a degree of safety, but only in some parts of the country. A 2019 New York law bolstered protections for transgender people and banned the use of conversion therapy on children. But next door in Pennsylvania, only three counties out of 67 have ordinances prohibiting discrimination based on sexual orientation in private employment, housing and public accommodations, and those ordinances vary widely.

While Atlanta provides protections for L.G.B.T.Q. people, the Georgia Legislature is seeking to restrict the participation of trans youths in sports, based on their sex assigned at birth, and deprive them of gender-affirming health care.

It sometimes feels as if trans people are kicked left and right like a soccer ball. Our hard-won rights are ephemeral. One day we are granted protection: the right to health care access, the right to seek refuge in homeless shelters. The next day those rights can be reversed; shelters can choose turn us away. If I’m planning a trip to a different state, I first get my plane ticket, pack my bags, and research whether I will be able to use public restrooms. Better look it up before I go!

The Equality Act is a golden opportunity to work toward a more inclusive America, to make it possible for a young trans woman in Tennessee to be able to stay in her hometown rather than having to move to a different city away from her loved ones just to get the protections she needs in to thrive like anyone else. We should not have to choose between being close to family, or having rights.

Republicans depict the bill as an assault on religious freedom and women’s rights. But the conversation about legal protections should be focused on reality. Every time I open one of my social media apps, I’m gripped by anxiety about the news I may see. So many of my friends have been murdered, sometimes by those who claimed to love them. One friend was recently beat up by her boyfriend, another hospitalized after a back-alley surgeon took advantage of her poverty and her desperation to pass as a cisgender woman.

We are denied housing, employment, health care and recognition of our equal value. We are considered a threat — a threat to what, I will never understand. Don’t tell me it’s about individual beliefs. When I worked as a health care provider, I never denied Christians care, even though their religion has been weaponized against me. How is a doctor refusing me care when I am sick square with Christian values? What ideology was protected during the nights I spent on the street, knowing that I would be denied shelter?

My grandmother was a profoundly religious woman who created a safe space where I could explore my identity and feel loved. And it wasn’t just me; she did the same for many others in our neighborhood. She instilled in me a value that I carry with me — that a life built on respect and compassion for all is one of joy and sustenance.

Some people believe that in respecting my rights, they will lose some of their own. But equality is an endless cake. The more who eat from it, the more there is to share.

As the legislation makes its way through the Senate, the focus should be on the people at the center of the debate, people whose presence at your schools, your jobs, your neighborhoods, is being cast as a menace to society. We can tell stories about theoretical harms that people fear from having to encounter us without the right to discriminate, or we can talk about the real harms that discrimination is causing to us right now.

Invite us to your table, and it will grow to fit us all. As my grandmother found, the more respect you give, the more there is to go around.

Cecilia Gentili (@CeciliaGentili) is the founder of Transgender Equity Consulting, the director of gender inclusion at CAI Global and on the board of the New Pride Agenda.