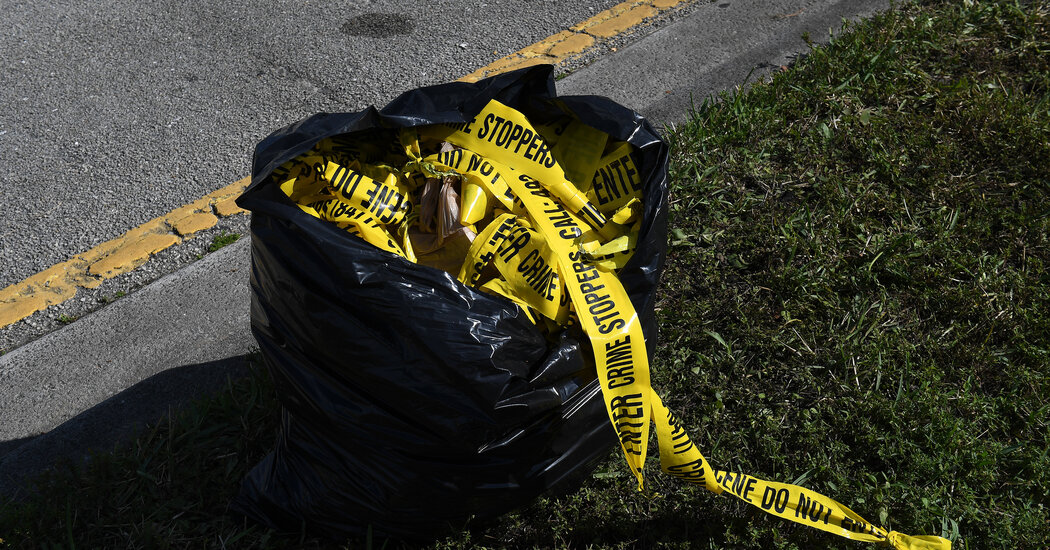 There was another mass shooting on Wednesday, this time leaving nine people dead, just one of the latest mass shootings of the 230-plus so far this year, according to a tally maintained by The New York Times.

As The Times reported, “The Gun Violence Archive, which defines a mass shooting as one with four or more people injured or killed, not including the perpetrator, counted more than 600 such shootings in 2020, compared with 417 in 2019.”

We need to recognize the trauma and stress that we as a society have endured because of Covid-19, the collapse of our social structure, the crippling of an economy and the way the racial justice protests have unsettled some people.

You add that to an already violent society, one saturated with guns and becoming even more saturated every day, and violence — including mass shootings — is a natural, horrific, inevitable outgrowth.

I don’t think we fully understood and appreciated the palliative benefits of congregational opportunities for vulnerable communities, the way they provided outlet and relief, a respite from the pain of oppression and despair.

Society needs an outlet valve, particularly at the bottom where the pressure is greatest, but Covid deprived us of that.

Gunfire even erupted at George Floyd Square on Tuesday, sending activists and mourners scrambling — people who had gathered to commemorate the one-year anniversary of his murder.

The surge of violence in Minneapolis has gotten so bad that the mayor has asked state and federal agencies for assistance because of a police shortage. According to The Star Tribune, nearly 200 officers have left the force in that city after the protests, many citing their own PTSD.

But Minneapolis is not alone; violence is surging in cities around the country. Last year Los Angeles saw its highest level of homicides in a decade, and New York City saw a year-over-year spike from 2019 to 2020 that was larger than any increase since the 1970s, according to Rafael A. Mangual, a senior fellow and the deputy director of legal policy at The Manhattan Institute.

And the violence isn’t just shootings. The incivility trickles down.

Many of the people we considered essential workers, the ones who kept our society functioning, are the same people on the receiving end of much of the violence. There has been a surge in unruly passengers on airplanes. A Southwest Airlines flight attendant had two teeth knocked out over the weekend when she was attacked by a passenger.

New York City bus drivers have seen a surge in violence, and the medical field, already suffering from a pre-Covid surge, has seen even more violence.

This is all happening at the same time that we see an extraordinary surge in gun background checks and purchases during the pandemic.

“More than 2 million firearms were bought last month, according to The Washington Post’s analysis of federal gun background-check data. That is an 80 percent year-over-year spike and the third-highest one-month total on record.” Many of the gun buyers are first-time gun buyers.

Gun violence and gun sales are part of a self-perpetuating and mutually reinforcing phenomenon, and are only amplified by talk of gun control. As CNN put it in March: “The pattern of rising gun sales following mass shootings has held true regardless of which political party is in power: Fears of future restrictions prompt gun owners to stock up.”

Indeed, one of the ironies of the Biden administration is that although the president has urged more gun control and taken some executive actions on the issue, both The Washington Examiner and Forbes have reported that stimulus checks issued while he was in office helped fuel the gun buying surge.

As we begin to get back to normal, as some states plan to lift restrictions this summer, schools plan to reopen in the fall and in-office desk jobs begin to beckon stay-at-home workers, we must remember that there is a segment of society that will not so easily shake off the effects of this pandemic.

The New Yorker captured the dichotomy our society is experiencing in a headline that read, “The Great Coronavirus Divide: Wall Street Profits Surge as Poverty Rises.” The worn-out idiom was made true: The rich got richer and the poor got poorer.

And the poor are in pain. The fragile and vulnerable in society are releasing a roar. Do we hear them? Things are not going to magically snap back to normal, to a normal that was already unacceptable for many.

We have to find a way to collectively deal with what happened to our country during this pandemic, something beyond stimulus checks and infrastructure bills. To do that, we have to acknowledge this trauma and work through the soft power of congregation, sharing and listening.

This is not a Congress initiative necessarily. This is a kitchen table initiative. This requires neighbor-to-neighbor outreach, communities communing. This requires some dish towel diplomacy: standing in kitchens over a cup of coffee and confessing to how hard this all has been and being seen, truly seen, by the person doing the hearing.