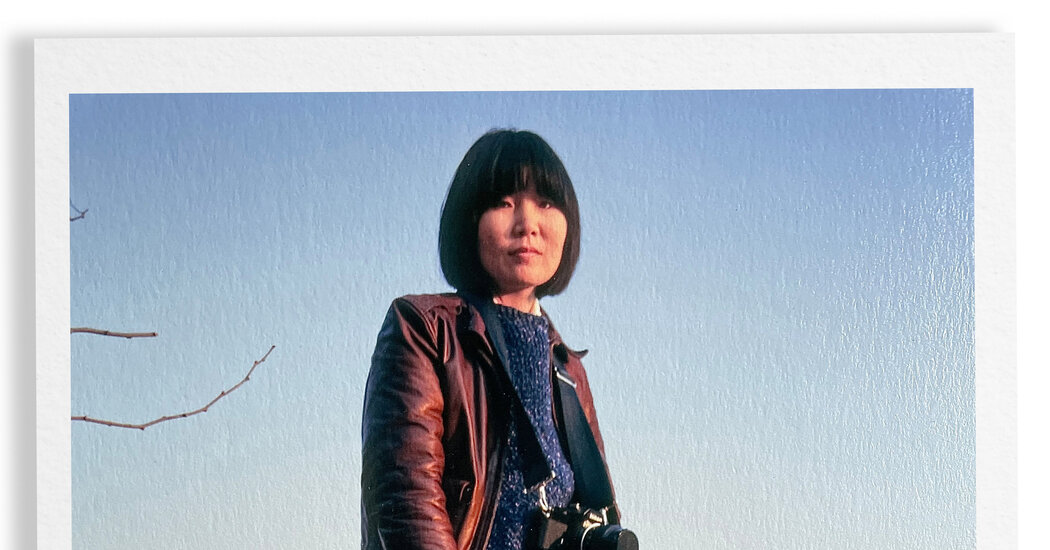 She was murdered after the publication of her first novel, “Dictee,” a challenging exploration of Korean history and immigrant life that inspires Asian American writers today.

This article is part of Overlooked, a series of obituaries about remarkable people whose deaths, beginning in 1851, went unreported in The Times.

In 1982, about three months before the publication of her avant-garde magnum opus, “Dictee,” Theresa Hak Kyung Cha wrote to her older brother, John.

“It is hard to say what I feel, how I feel, except that I feel freed, and I also feel naked,” she wrote. She had been carrying the manuscript around for three years and had just turned it in to her publisher.

“It feels good,” her letter said. “It feels frightening.”

It received a subdued reception when it was released, but in the years since, it has become an essential work for feminist writers, conceptual artists and Asian American authors and scholars. Cha would not live to see any of that, however: In November 1982, just two months after the book was published, she was raped and murdered. She was 31.

“I don’t think Theresa would ever imagine her book would survive this long and have this much influence,” John Cha said in a phone interview. “I’m very happy — it keeps her alive for me.”

Through chapters named after the Greek muses, the book jumps from one protagonist to another: Cha herself; Joan of Arc; the early 20th-century Korean freedom fighter Yu Gwan-sun, who, at 17, was tortured and killed; and, perhaps most poignantly, Cha’s mother, who hovers over the book like a protective spirit. Through her, Cha explores a traumatic era of Korea’s history, including a decades-long Japanese occupation, a war that divided the country, a series of dictators and an ensuing diaspora, of which the Cha family was a part.

“You live in a village where the other Koreans live,” Cha wrote of her mother’s upbringing in Manchuria. “Same as you. Refugees. Immigrants. Exiles. Farther away from the land that is not your own.”

Language, and the deconstruction of it, are essential to the book. Little is made explicit, and the structure is enigmatic: In places, sentences are reduced to fragments; sections in French and Korean go untranslated; pictures and diagrams are presented without captions. The opening image in the book is of graffiti scrawled by Korean coal miners; it translates to “Mother, I miss you / I am hungry / I want to go home.”

“I tell my students to approach the book as if they’re learning a new language,” Cathy Park Hong, a professor at Rutgers-Newark University, wrote in her 2020 collection of essays, “Minor Feelings: An Asian American Reckoning,” in which she devotes a chapter to Cha and “Dictee.”

“The reader is a detective, puzzling out her own connections,” she added.

But the power of a Korean American woman writing in an unapologetically avant-garde form has particular resonance for Hong.

“I find her style, while not exactly pleasurable, to be liberating,” she wrote, adding that Cha had “made the immigrant’s discomfort with English into a possible form of expression.”

“Dictee” is also poignant for Asian American writers who have few precedents where authors portrayed their cultural history and inner experiences.

“My admiration for her is her sense of entitlement,” said Min Jin Lee, the Korean American author of the novel “Pachinko” (2017), in a phone interview. “I had never met anybody like me, who shared my biography, who felt a sense of entitlement to have that level of difficulty in her work.”

The culmination of all of these elements has made “Dictee” as much a powerful symbol as it is a powerful read. It has had two marathon readings, one in 2019 in New York, the other in December at the University of Southern California. It is frequently taught in Asian American and feminist studies programs.

Theresa Hak Kyung Cha was born on March 4, 1951, in Busan, Korea, the third of five children of Hyung Sang and Hyung Soon Cha. Like so many other families during the Korean War, the Chas moved numerous times: to Manchuria, where her mother had been born, to escape the Japanese occupation; then back to Korea (first to Seoul, then to Busan, then back to Seoul); then Hawaii; and finally to San Francisco, where Theresa found her creative spirit. Displacement would be a major theme in her work.

After attending a Catholic school, she enrolled briefly at the University of San Francisco before transferring to the University of California, Berkeley. She earned four degrees, in art and comparative literature, while working as a cashier at the Berkeley Art Museum. She spent time in North Beach, ensconced in an artistic crowd, and studied with the artist Jim Melchert and the scholar Bertrand Augst.

She spent a year in Paris, studying French, filmmaking and film theory and developing a fascination with filmmakers like Carl Dreyer, Chris Marker and Marguerite Duras. She later edited “Apparatus,” a 1981 collection of essays by film scholars and avant-garde filmmakers.

Cha also experimented with performance art. “Barren Cave Mute” (1974), both enigmatic and beautiful, involved the three words of the title written in wax on long sheets of paper. A single candle illuminated a darkened room, and when the flame came into contact with the paper, it began to melt the wax, revealing the words.

Other pieces were playful. “Mouth to Mouth” (1975), an eight-minute black-and-white film, combined Korean letters and an image of a mouth creating the simplest of shapes — a commentary, perhaps, on the idea of a “mother tongue.”

A later piece, “Passages Paysages” (1978), was a video installation consisting of three monitors showing altered images of gestures, family photographs and words paired with a narration in English, French and Korean — Cha’s own voice, soft and ethereal.

“Her voice was like breath,” her friend Sandy Flitterman-Lewis said by phone. “You had to get close. That’s how she drew you in.”

In 1979, Cha traveled to Seoul with her brother James to work on her only feature film, “White Dust From Mongolia,” a comparison of modern Korea to the Korea of their youth. It exists only in fragments of script and film. In 1980, she moved to New York. By this point, she was already writing “Dictee” while working at the Metropolitan Museum of Art as a researcher. She also helped her Berkeley classmate Reese Williams start Tanam Press, which would publish “Apparatus” and “Dictee.”

In 1982, Cha married Richard Barnes, a photographer who was documenting the renovation of the Puck Building, a famed red brick building in New York’s SoHo neighborhood. “Dictee” was published that September and received a modest but positive reception: It made it to the No. 5 spot on the paperback version of “The A List,” a best-seller list compiled from independent New York bookstores.

About two months later, on Nov. 5, 1982, Cha went to the Puck Building to meet Barnes but was intercepted by a security guard, Joey Sanza, who raped and strangled her and bludgeoned her to death. Her body was found in a parking lot a few blocks away.

Two friends, Flitterman-Lewis and Susan Wolf, had planned to meet Cha for dinner that night. When she didn’t show up, they eventually wandered across the street to St. Mark’s Bookshop, where “Dictee” was prominently displayed. John Cha received a copy of the book in the mail on the day of his sister’s funeral.

It would take five years and three trials before Sanza was convicted. By then he had fled New York for Florida, where he had been arrested in multiple rapes. Among the evidence were wedding rings he had collected from several of his victims, including Cha. He remains in prison.

In the years since her death, Cha’s artistic reputation has grown. In 1993, the curator Lawrence Rinder organized an exhibition of her work at the Whitney Museum of American Art in New York. The Theresa Hak Kyung Cha Archive was established in 1992 at the Berkeley Art Museum & Pacific Film Archive, and there have been retrospective shows as far afield as the Antoni Tàpies Museum in Barcelona, Spain. “Dictee” was republished by Third Woman Press in 1995 and the University of California Press in 2001.

But her death has sometimes overshadowed her work. Many who have written about Cha have struggled with how much to dwell on her rape and murder. It “saturated my reading of ‘Dictee,’ gave the book a haunted prophetic aura,” Hong wrote in “Minor Feelings.”

It can also sometimes feel like Cha is grappling with her own mortality in “Dictee”; in a hauntingly prescient line that might be autobiographical, she writes of struggling with how to move forward against “the onslaught of time,” adding, “She says to herself if she were able to write she could continue to live.”