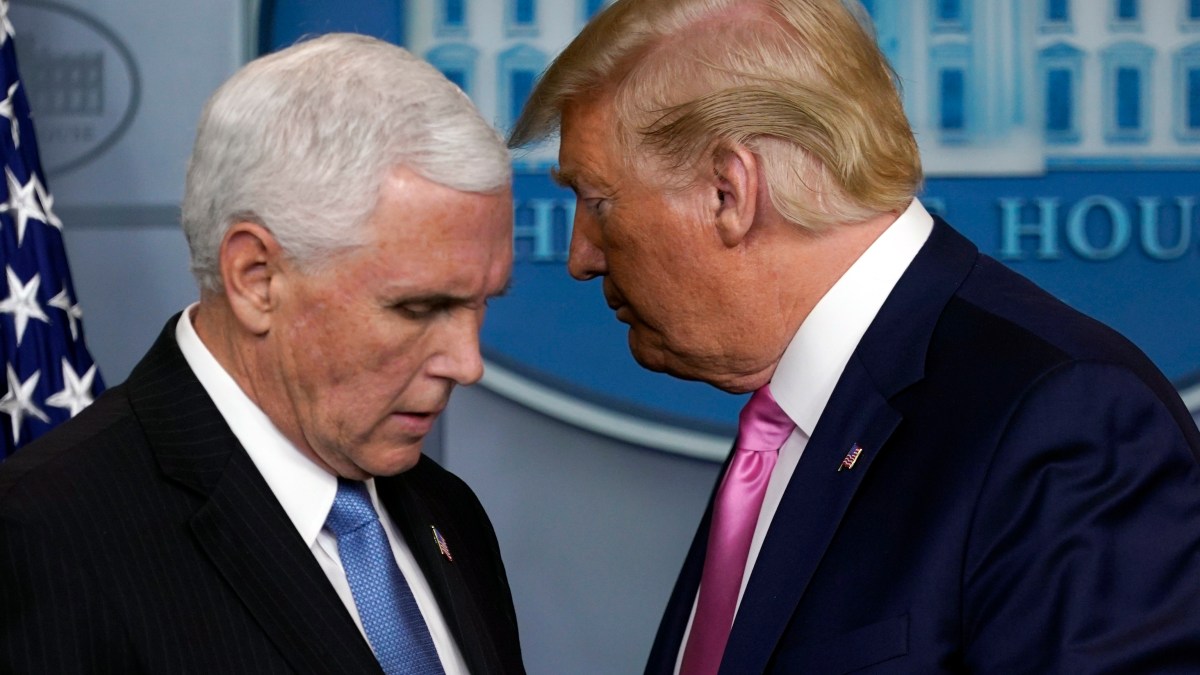 President Donald Trump’s choice of Vice President Mike Pence to oversee the nation’s response to the new coronavirus threat is bringing renewed scrutiny to the former governor’s handling of an HIV outbreak in southern Indiana when he was governor.

Pence reluctantly agreed to authorize a needle exchange program in Scott County in March 2015 after the epidemic centered there saw the number of people infected with HIV skyrocket, with nearly 200 people eventually testing positive for the virus that year.

Despite his own misgivings — Pence worried about how the exchanges would affect “anti-drug policy” and had misgivings about providing clean needles to addicts — he initially issued an executive order allowing one in Scott County before later signing a law allowing the state government to approve them for counties on a case-by-case basis.

Greg Millett, director of public policy at amfAR, the Foundation for AIDS Research, said Indiana’s HIV outbreak would have been “entirely preventable” if Pence had acted earlier in response to data that was available to Indiana public health officials and clearly showed an outbreak was imminent.

Pence took credit for the needle exchange during an interview Thursday with Fox News Channel’s Sean Hannity. “We worked the problem early in the year from a law enforcement standpoint, from a health standpoint,” he said. “I don’t believe in needle exchanges as a way to combat drug abuse, but in this case we came to the conclusion that we had a public health emergency, and so I took executive action to make a limited needle exchange available.”

Quick implementation of a needle exchange program could have stopped that escalation, but new cases continued to surge without one, he said.

“This would have been entirely preventable if Indiana had acted fast with a syringe exchange,” he said. “To have some 200 people become infected over such a short time period was unprecedented.”

Millett, who worked as an epidemiologist with the Centers for Disease Control and Prevention between 1999 and 2013, doing HIV research, said the CDC later determined that Indiana’s outbreak resulted in infections that will amount to $100 million in health care costs — expenses he said could have been reduced or avoided by a quicker response.

Despite his reservations about Pence, Millett said he’s encouraged by the vice president’s announcement Thursday that Debbie Birx, the administration’s global AIDS coordinator, will serve under the vice president as the White House coronavirus response coordinator. Millett called Birx an effective and respected public health leader.

“She’ll bring in people who are experts in infectious diseases who can mount an effective response,” he said.

But Steven Thrasher, a Northwestern University journalism professor who has studied Indiana’s outbreak as part of his research into HIV and LGBTQ health issues, said Pence’s response as Indiana governor raises real questions about whether he’s the best person to helm the response to the virus.

Thrasher said that while HIV cases were mounting in Scott County — which lies about 30 miles (48 kilometers) north of Louisville, Kentucky — Pence told local officials wondering whether he would approve a needle exchange “that he was going to pray on it.”

In testimony before the Senate Appropriations Committee on February 25, 2020, Health and Human Services Secretary Alex Azar said “while the immediate risk to individual members of the American public remains low,” the transmission outside the U.S. in a number of countries is “deeply concerning.”

“His background shows that he brings religion, a lack of science and a budgetary mindset to public health matters. In a time of emergency, those are not the safest ways to be approaching what could become an epidemic,” Thrasher said.

Pence’s state health commissioner at the time of the HIV outbreak, Jerome Adams, is now U.S. surgeon general and is widely credited with helping persuade Pence to accept the needle exchange program that now operates in nine of Indiana’s 92 counties.

Pence’s office, when asked for comment by The Associated Press, referred a reporter to Adams. He defended Pence’s actions Thursday, saying the then-governor worked closely with him in responding to the outbreak, including implementing the syringe exchange program “that helped change the scope of the unprecedented crisis.”

“As a result, our efforts became a model for how other states and localities respond to similar crises,” Adams said in a statement.

Joey Fox, who was legislative director for the Indiana State Department of Health during the HIV outbreak, said Thursday that the criticism of Pence is unfair because Indiana’s response to the HIV outbreak went far beyond just authorizing a needle exchange program.

Fox said the state’s response included bringing HIV testing to the small city of Austin — the community at the heart of the outbreak — at a “one-stop-shop” office where the county’s needle exchange was initially based. At that office, people could get tested, enroll in Medicaid to begin HIV medical treatment, get state identification cards and birth certificates and receive other services.

“It’s unfair to criticize the governor,” Fox said. “He was personally engaged with the public health and the public safety of Scott County, and the Indiana government was engaged from day one on the HIV outbreak.

“Before Mike Pence syringe exchanges were illegal in Indiana. When he left office there were programs around the state.”

Speaking to a news conference in Geneva, Director-General of the World Health Organization Tedros Adhanom Ghebreyesus said the WHO had received reports of 694 cases from 25 countries and 3 deaths. He said as more data comes in from China, officials are beginning to understand the outbreak and “how it’s developing and where it could be headed.”

Democratic Sen. Patty Murray of Washington urged Trump on Thursday to reconsider the choice of Pence, citing his “lack of public health experience and record of putting ideology over science” and his “leadership failure during the Indiana HIV outbreak.”

House Speaker Nancy Pelosi told reporters she spoke to Pence on Thursday morning and “expressed to him the concern that I had of his being in this position.” Pelosi said that while she wants to work with the White House, she told Pence she was wary of his leadership after his track record in Indiana.

Indiana’s needle exchange debate in 2015 was complicated by opposition from law enforcement groups who worried that such programs would enable drug abuse.

Scott County’s current health administrator said the county’s exchange — through which participants swap used needles for clean ones to stem the spread of diseases through needle-sharing — had a dramatic impact on the outbreak.

The Centers for Disease Control and Prevention is warning Americans to begin preparing for a likely outbreak of coronavirus in the United States, saying that both a “community spread,” as well as disruption to work, school and life were likely in the event of a domestic outbreak.

Since the county’s needle exchange began in early 2015, the number of new HIV cases tied to the outbreak has declined each year, said Michelle Matern, administrator for Scott County’s health department.

“I think the data speaks for itself, that it’s decreasing the transmission of infectious diseases,” she said.

Health advocates have long criticized Indiana’s Republican-dominated government for paying scant attention to public health, with the state ranking 47th in public health funding, according to a 2019 study by the United Health Foundation.