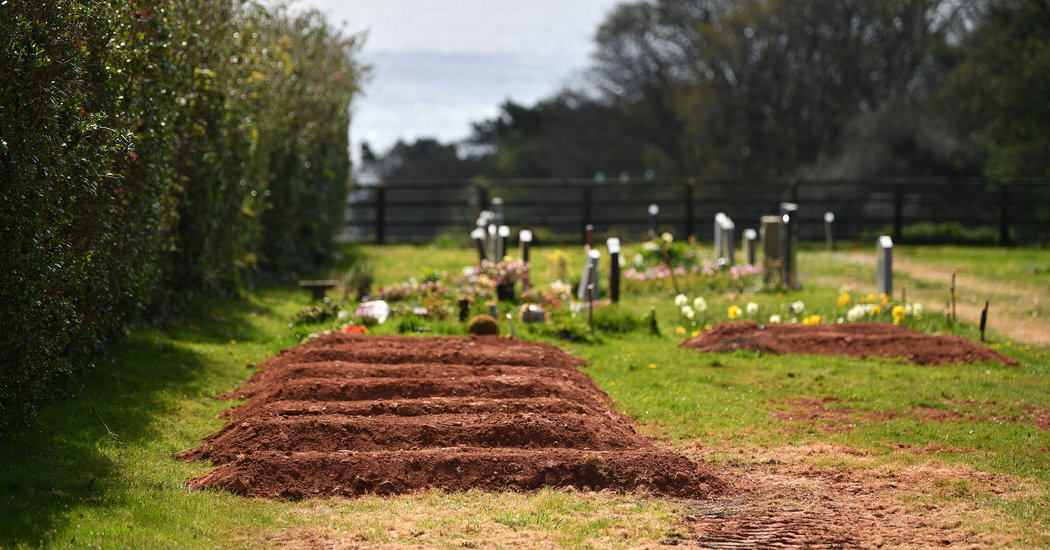 LONDON — On the Friday before Easter, Prime Minister Boris Johnson was discharged from the hospital after a week, including three days in intensive care with Covid-19. “Boris is out (now that really is a Good Friday)” cheered The Sun newspaper. Other outlets lingered on his “good spirits.” The same day, Britain’s death toll from the coronavirus pandemic had soared to some 8,000, with nearly 900 fatalities in the previous 24 hours.

Over Easter weekend, gushy details of Mr. Johnson’s get-well messages from his pregnant fiancée and the films he watched in the hospital jangled against the avalanche of misery and grief that rocked the country: lives lost, the trauma and exhaustion of treating the afflicted and the cruelty of people dying alone. Everyone — including his critics — was relieved that Mr. Johnson was out of the danger zone. But thousands were dying across the country, most likely as a consequence of mismanagement under his watch. The dissonance became too much for me.

Of course, many people were rightly concerned about Mr. Johnson’s health: A national leader in critical condition is an unsettling jolt, especially in the midst of an anxiety-drenched pandemic. But in Britain’s news media, the prime minister’s condition seemed to crowd out concern for others, and the exaltations of Mr. Johnson dampened scrutiny of his government’s failures. High among these was the government’s inability to source enough essential protective equipment for National Health Service staff, in part because it missed three opportunities to take part in a European Union bulk-buying scheme.

The government had made bold promises to test 100,000 people a day for the coronavirus by the end of the month, but was struggling to hit a tenth of that and was not ramping up testing for front-line health staff or care workers, much less other essential workers. And a month after pleading with British manufacturers to plug a vast gap in the supply of ventilators used to treat severe coronavirus cases, there had been little headway.

In the days after Mr. Johnson’s hospitalization, right-wing commentators wrote fawningly of his noble, selfless attributes, claiming him truly loved by the people. Then there was the social media campaign: #clapforBoris was boosted by journalists and politicians on Twitter. But it felt off-key. It was an imitation of the national claps of appreciation for the N.H.S., a now weekly ritual in which people across the country step out of their self-isolated homes and cheer on the people saving lives and caring for the sick. But while Britons would readily applaud the health service, a national treasure even in normal times, doing so for a leader was of character. A Sun front page pronounced, “He stayed at work for you … now pray at home for him.” — a play on the slogan used by health workers around the world treating coronavirus patients around the clock: “We stayed at work for you, you stay at home for us.”

But Mr. Johnson had set a terrible example at work, breezily claiming he’d shaken hands with Covid-19 patients, crowding into Parliament and undermining health messages with his joshing delivery. Meanwhile, dozens of doctors and nurses were dying of the virus, among them several of the thousands who had answered the government call to come out of retirement to work in the N.H.S. during the pandemic. Reports emerged of staff members “bullied and shamed” into treating Covid-19 patients without the equipment needed to protect themselves, which the World Health Organization had warned in early February would be needed in vast supply.

When he left the hospital, Mr. Johnson praised the N.H.S. for saving his life, naming two nurses in particular — both migrant workers. It jarred against his party’s recent pledge to increase the annual surcharge non-E.U. migrant workers pay to use the N.H.S. and extend it to E.U. arrivals after Brexit. Announcing the change last November, Matt Hancock, the health secretary, had tweeted, “It’s the National Health Service not the International Health Service.” The Conservatives had chronically underfunded the N.H.S. and made the migrants who work for it — and were now dying for it — feel like an unwelcome burden. But now, the party was loudly embracing the institution.

The past week has seen claims that Mr. Johnson’s illness spawned national cohesion after the messy divisions of the Brexit years. The Economist noted that the illness of a man who once divided the nation has united it. But amid unity in wishing him well, there is despair at a death toll now surpassing 12,000. And even that is an underestimate since it does not include deaths in the community or in care homes. The elderly, a group the government had promised to shield, have been exposed to risk and left painfully anxious about their situation — some 4,000 may be dead.

There are now fears that Britain may have Europe’s worst death toll from the coronavirus, despite having had longer to prepare after watching the tragedies unfold in Italy and Spain. Experts cite an earlier lockdown, better planning, and strategies around community testing and contact tracing as some of the vital measures needed to manage the crisis. Some of these can — and should — still be put in place.

But rather than focus laserlike on these urgent matters, Mr. Johnson’s spinners and supporters in the press filled airtime by casting his health as a metaphor for the country’s well-being, his recovery as national resilience writ large. His leadership left Britain vulnerable and shamefully ill prepared, yet his popularity is rising. Thanks to cheering chunks of the national media, any blame will likely bounce off the prime minister as his terrifying brush with the virus is crafted into his comic hero superpower.

Rachel Shabi (@rachshabi) is a journalist and author.