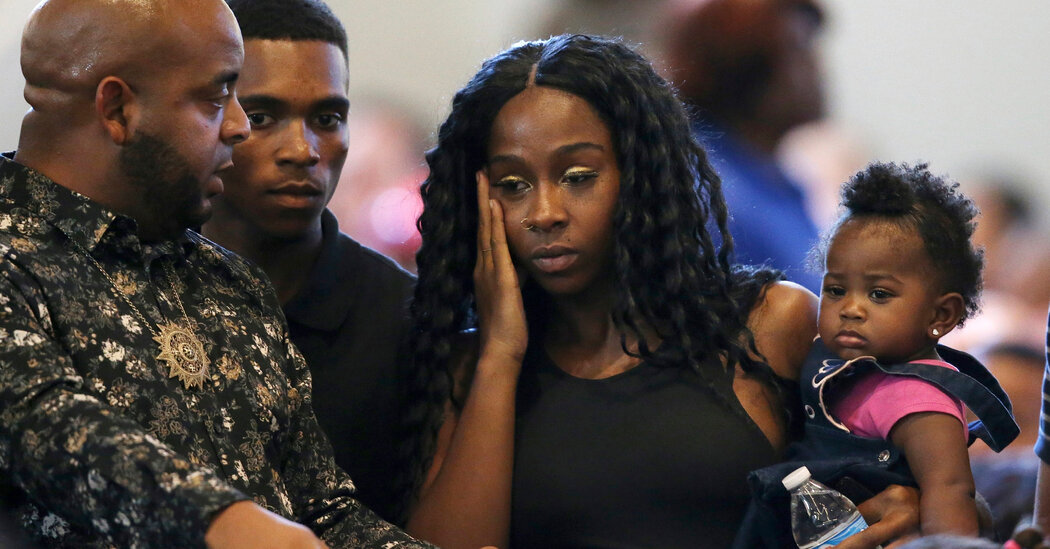 The city of Phoenix has reached a settlement with a Black family for more than $470,000 after a widely viewed video last year showed police officers drawing their weapons and shouting expletives at the family while responding to a shoplifting complaint.

No charges were filed in connection with the episode and at least one officer was fired.

Members of the City Council voted 6 to 2 on Wednesday to approve the settlement for the two people involved in the episode, Dravon Ames and Iesha Harper.

A notice of claim that their lawyer sent to the city said the officers violated their civil rights and engaged in brutality during the episode.

“I just want to say, I’m glad we got justice,” Ms. Harper said at a news conference, The Associated Press reported. “It’s been hell dealing with my kids and everything that happened.”

“The settlement is to compensate Ms. Harper and her two children for injuries they may have suffered as a result of a Police Department call for service,” the statement said. A majority of the payment will go into a structured settlement for the children, it said.

The episode drew widespread attention as police encounters with civilians have faced heightened scrutiny, which is increasingly augmented by videos captured by bystanders on cellphones or by officers’ body cameras.

The settlement comes as racial unrest has been amplified nationwide after the shooting of Jacob Blake in Wisconsin and the killing of George Floyd in Minneapolis. It’s one of the latest settlements in claims of excessive-force or wrongful death that have cost the city millions, The Arizona Republic reported.

The Phoenix Police Department has said the episode, which happened in May 2019, began after a Family Dollar store manager alerted an officer to a possible shoplifting and said that those being sought were getting into a car.

The notice of claim said that Mr. Ames and Ms. Harper had not realized until they were back at their car that their 4-year-old daughter had walked out of the store with a doll.

Carlos Garcia, a City Council member, apologized to the family at the meeting on Wednesday and criticized the city and the news media for how the events were covered.

“The money won’t take away the trauma or the harm that’s been caused, but I hope that the children will have a better life for it,” he said.

The Police Department said in June that it would make concrete changes to improve public trust, including “a fast-tracked rollout of more than 2,000 body-worn cameras,” among other changes.

“We can’t function as a department without the trust of our community, and there are adjustments we can make to strengthen that trust,” Police Chief Jeri Williams said about the changes. “We pride ourselves on being an organization willing to learn and evolve, to listen to our community and become better. I am confident this moves us closer to that goal.”