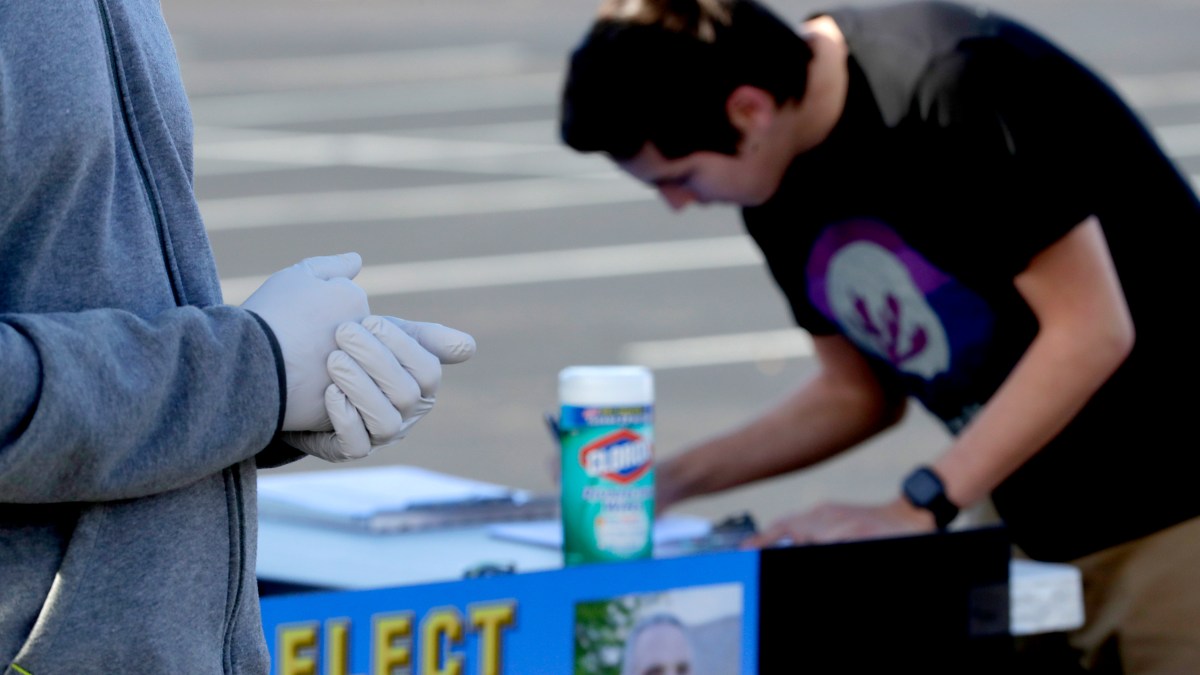 The candidates canceled their rallies and stopped door-to-door outreach to voters. Then the debate that was supposed to highlight Arizona’s emergence as a national battleground was moved from a concert venue in Phoenix to an empty television studio in the nation’s capital.

Arizona’s moment in the presidential political spotlight disappeared as the nation mobilized to confront the coronavirus outbreak, leaving an anticlimactic election that didn’t feel much like an election.

But there was no last-minute get-out-the-vote barnstorm. The candidates’ attempts to engage voters came in the form of stilted virtual events from the other side of the country. They didn’t garner anything close to the enthusiasm or media coverage that come when a candidate spends a few hours on the ground. In fact, coverage of the coronavirus and the increasingly restrictive measures to contain it dominated the news ahead of the election.

Speaking from his home in Delaware, former Vice President Joe Biden thanked supporters for his primary victories Tuesday night. He also urged Americans to keep socially distancing themselves to curb the spread of coronavirus.

The only appearance by a candidate came nearly two weeks before the election, when Sanders packed a former basketball arena in one of his last public events before the campaign came to a screeching halt.

Election Day itself was a bizarre spectacle as voters, some wearing gloves or masks as protection from COVID-19, kept their distance from one another on what is typically a crowded and communal exercise in democracy.

“I’ve got to hope that. That’s why I’m here with gloves on,” Benjamin said.

The virus was front of mind from some voters, who were careful to maintain the recommended six feet of separation from reporters asking about their chosen candidate or declined to sign petitions for fear of getting too close. One petition collector wore gloves and supplied a pair to a worried voter.

As atypical as Arizona’s primary felt, it’ll only get more usual as the party conventions draw closer and more states are confronted with the difficult decision of whether to postpone the vote, like several have done, or soldier on like Arizona, Florida and Illinois did Tuesday. Arizona’s top election official, Katie Hobbs, said there’s no promise that voting will get safer anytime soon.

Georgia pushed off its primary from next week until May. But in Wisconsin, the biggest delegate prize in the coming weeks, the governor is pushing to stay the course with a planned April 7 primary.

Arizona Democrats were excited by the prospect of hosting a presidential debate on March 15, a chance to potentially highlight immigration issues and point to the rapidly changing demographics that are likely to make the state a battleground in November for the first time in memory.

A growing number of Latino voters combined with the Republican party’s increasing weakness with suburban women has put Arizona in play. Trump won here by just 3.5 points in 2016. Two years later, Democrats swept into several statewide offices and, with Sen. Kyrsten Sinema, picked up a Senate seat for the first time in three decades.

How one person self-isolating can save lives. Chris Glorioso reports.

The state is again home to a marquee contest in the fight for control of the Senate. Democrat Mark Kelly, a retired astronaut and husband of former U.S. Rep. Gabrielle Giffords, has shown strong fundraising and polling in his challenge to Sen. Martha McSally, a Republican who was appointed to John McCain’s former Senate seat.

Concerns about the coronavirus weren’t enough to keep Nisha Hindosha, a 50-year-old nurse from Tempe, away from the polls on Tuesday. She was determined to tally her vote for Biden, concerned Sanders would be too liberal to beat Trump.

“I was more nervous about the wrong candidate winning than I was about the virus at this point,” Hindosha said.