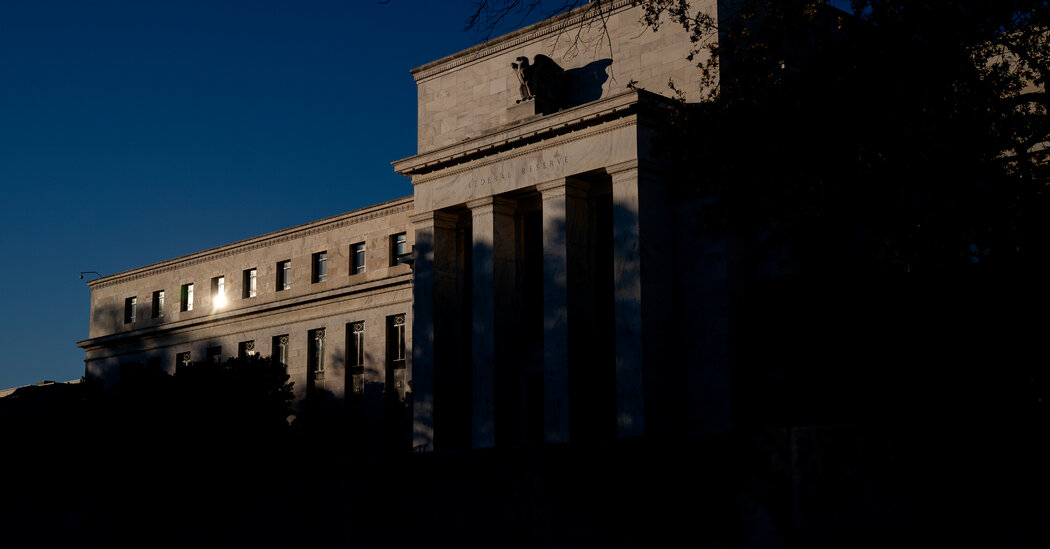 Amid price pressure, Republican attacks and voter angst, President Biden will soon reveal his choice to lead the Federal Reserve, the agency charged by Congress with a dual mandate to maximize employment with stable prices while maintaining a sound financial system. By most accounts, Mr. Biden is considering another four-year term for Republican lawyer Jerome Powell, the current chair, or promoting his colleague, Democratic economist Lael Brainard, a Fed official and former Obama administration treasury official. His choice will be a test of his commitment to bipartisanship.

Mr. Biden’s deliberation weighs competing priorities: Pursuing his party’s policy goals and insulating the Fed from partisan fever. Appointing a Republican dials down partisan pressure on the Fed and helps insulate the president from blame if the recovery falters or inflation persists. Choosing a Democrat, meanwhile, could help advance Mr. Biden’s policy agenda, but instigates G.O.P. attacks on the “Biden Fed.”

Since Mr. Powell and Ms. Brainard have been Fed colleagues since 2014, Mr. Biden already knows a great deal about how they might govern. So far, they’ve offered similar views about how the Fed should approach its dual mandate. But they diverge on how aggressively to regulate the financial system and address the effects of climate change.

Under Mr. Powell, the Fed has orchestrated accommodative monetary policy by keeping rates low and buying government bonds and mortgage-backed securities — easy money, so to speak. Lower interest rates prompt businesses to create jobs. But they often present an inflationary tradeoff. Central banks typically raise interest rates to tame rising prices, but that can curtail growth. Fail to tighten and inflation surges; raise rates too much and the Fed invites a recession.

Mr. Powell has run the economy especially hot, fueling job-market growth in low-and moderate-income communities (The one exception was the Fed’s decision to hike rates in 2018 amid near-record-low unemployment). That’s unorthodox for the Fed. Even his predecessor Janet Yellen, a Democrat, raised rates before these groups had fully recovered from the global financial crisis.

Progressive Democrats prefer Ms. Brainard for her tough stance on regulating Wall Street. She believes the Fed should require banks to factor in climate-related developments when they assess balance sheet risks. Senator Elizabeth Warren, Democrat of Massachusetts, has not endorsed Ms. Brainard, but she called Mr. Powell a “dangerous man” for supporting lighter regulation of banks. Softer scrutiny enables banks to lend more aggressively. This generates greater profits for shareholders, but also exposes banks to risks that could require a bailout.

What’s a president to do? Mr. Biden has to face down decades of precedent when it comes to dealing with the Fed.

During the Great Depression, Congress enacted reforms to centralize more power in the hands of the Board of Governors, the seven-member core of the Fed in Washington, D.C., and limit the influence of the president’s party on the Fed. So they removed the Treasury secretary from the board and introduced extra-long, staggered terms for governors.

Presidents played their part, too. Starting in the 1950s, they embraced a norm of reappointing the sitting Fed chair to at least a second term, independent of party considerations. Presidents Dwight Eisenhower, John Kennedy and Lyndon Johnson cemented the practice when they each reappointed William McChesney Martin, whom President Harry Truman first picked in 1951 to head the Fed. Except for Jimmy Carter, every president until Donald Trump followed this practice. He broke the norm by elevating Mr. Powell over Ms. Yellen, Mr. Obama’s pick — reportedly because Mr. Trump thought Ms. Yellen was too short.

Bucking the norm is hard. Fed chairs often develop constituencies among lawmakers and financiers. Ronald Reagan’s aides were divided over reappointing Paul Volcker in the aftermath of the 1982 recession, in part because Mr. Volcker decided to hike rates to more than 20 percent, to curb 13 percent inflation. Bill Clinton hesitated to reappoint Republican Alan Greenspan in 1996 over his opposition to the president’s desire for more economic stimulus. But Mr. Greenspan’s outsized influence on financial markets helped secure his renomination. Failure to reappoint him could have upset the steady rise in stock prices and pushed U.S. government bond yields higher.

Those were far more collaborative times. Today, Mr. Biden faces pressure from his left flank to use his appointment to advance party priorities.

Bipartisanship matters a great deal to Mr. Biden, who reportedly praised Mr. Powell at a recent White House meeting with centrist senators. By choosing Mr. Powell over Ms. Brainard — appointing a Republican when he could have selected a fellow Democrat — he would show forbearance toward the Fed. That could dial down partisan pressure on the central bank, most likely ensuring a smoother reception at his Senate confirmation. Mr. Powell would need those G.O.P. votes if progressive Democrats balk at reconfirming him.

Partisan appointments are riskier for both the president and the Fed. Choosing Ms. Brainard could provoke a closer confirmation contest in the 50-50 Senate: It’s not clear yet whether Senator Joe Manchin, Democrat of West Virginia, would vote for her. Even though Republican senators backed Mr. Powell’s dovish policies, they could target her as too dovish. And they could assail her 2016 campaign contributions to Hillary Clinton to magnify her partisanship.

Elevating Ms. Brainard could put the Fed in a tough spot. Democrats would be likely to pressure the Fed to aggressively tighten bank regulation, reduce economic and racial inequities and confront climate change. Republican lawmakers would accuse the Fed of Democratic mission creep, and threaten to take away its employment mandate.

For Mr. Biden, picking Mr. Powell offers the path of least resistance. The choice would restore a bipartisan norm of central bank governance, help insulate the Fed from partisan attacks and protect the Fed’s reputation. Renominating him wouldn’t mean giving up progressive priorities: For the two other leadership spots on the board Mr. Biden will soon fill, he could choose nominees committed to tighter regulation and climate concerns — including Ms. Brainard.

To be sure, both nominees put the nominally independent Fed in partisan cross-hairs — just in time for a sharp, once-in-a-generation upswing in inflation that threatens Democrats’ congressional majorities. If inflation persists, Republicans will point fingers at the Fed, and put blame on Ms. Brainard and the president who appointed her. But Mr. Biden’s commitment to bipartisanship could both defend the institution and advance his interests.

Sarah Binder is a professor of political science at George Washington University and a senior fellow at The Brookings Institution. Mark Spindel is founder and chief investment officer at Potomac River Capital LLC, a family office investment advisory firm. They are the authors of The Myth of Independence: How Congress Governs the Federal Reserve.