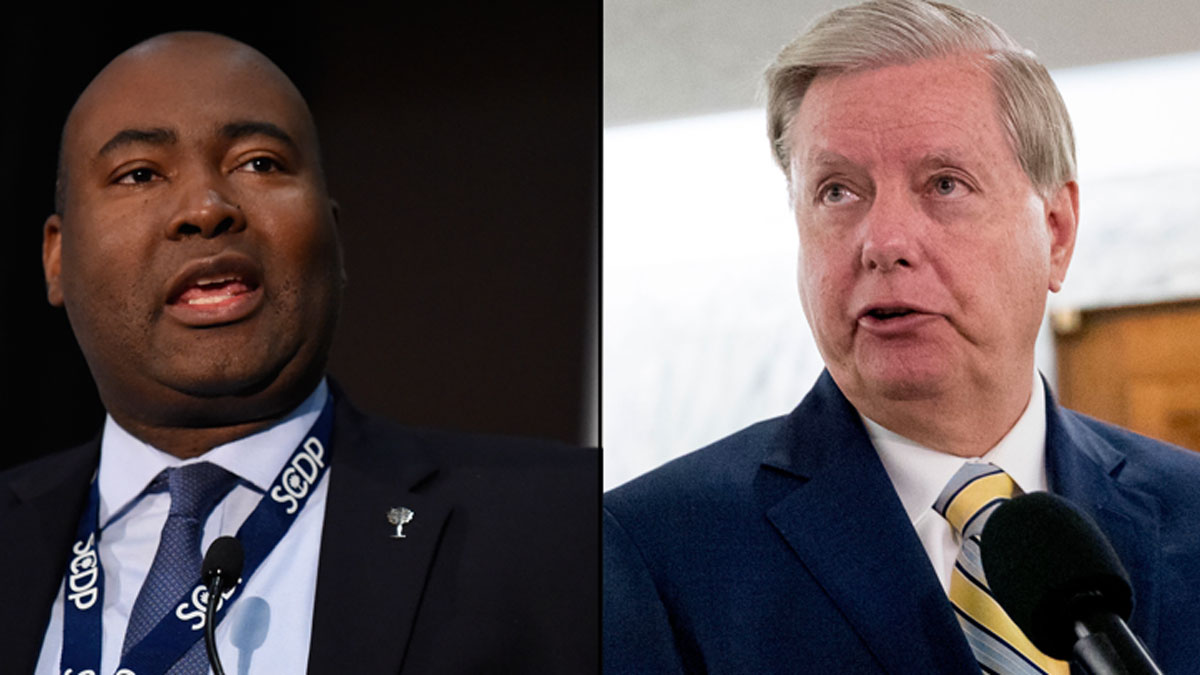 With his defeat of three little-known GOP challengers behind him, U.S. Sen. Lindsey Graham is officially embarking on the next phase of his quest for a fourth term: a general election matchup with Democrat Jaime Harrison already on pace to become the most expensive in South Carolina history.

And, just hours after Graham’s victory in Tuesday’s GOP primary, Harrison laid down a challenge to the veteran lawmaker, asking him to participate in a series of four debates across South Carolina, including one at a historically black college or university.

“All South Carolinians deserve the opportunity to hear from their candidates for U.S. Senate,” Harrison wrote in a letter to Graham.

Graham’s popularity among Republicans in his home state has recently fluctuated along with his relationship to President Donald Trump, who is supporting his reelection bid and campaigned with him in the state in February. A year ago, all of South Carolina’s statewide-elected officials endorsed Graham, as has Vice President Mike Pence, who helped kick off Graham’s reelection campaign last year.

Following his victory, Graham, chairman of the Senate Judiciary Committee, said he was “just getting warmed up” for the November election, which he said would “provide voters with a stark choice between the Democrats’ socialist agenda or security and prosperity through free enterprise and security.”

Tuesday’s primaries in the state may have been low-key, but long lines were still seen at several precincts. Also dozens of poll workers, many of them new hires because of COVID-19, pulled up the wrong ballots.

The state Democratic Party said hundreds of discrepancies were reported to its officials. Poll workers pulled up ballots without all local races or candidates missing. Some poll managers tried to persuade voters to pick a different party’s ballot, state Democratic Party Chairman Trav Robertson said in a statement.

Long lines formed at some precincts, especially in Richland County, as polling places were combined because many longtime workers at sites didn’t take an assignment this year because of concerns of contracting the novel coronavirus.

“There are problems in every corner of the state,” Robertson said.

Against the backdrop of the COVID-19 pandemic, lawmakers decided to allow no-excuse absentee voting by mail.

On Tuesday, the 44-year-old Harrison congratulated Graham but said in a news release that South Carolina voters are “fed up with Lindsey taking this seat for granted, and they are demanding a senator who will put their needs ahead of his own.”

Harrison, an associate chairman with the Democratic National Committee and former chairman of the South Carolina Democratic Party, has from the start aimed to draw national attention. That has helped him to spur the fundraising and grassroots organizing that is crucial to flipping a Senate seat in the deeply red state.

Both Graham and Harrison have posted record-setting fundraising hauls in recent quarters. Over the course of the campaign, Harrison has raised nearly $15 million, mounting aggressive email fundraising campaigns and holding virtual events during the coronavirus outbreak.

Graham has taken in a total of $21 million, according to Federal Election Commission records. Despite holding no fundraisers during Trump’s impeachment trial and suspending two weeks of fundraising because of the pandemic, Graham’s campaign said he had the third-highest fundraising total among all Republican senators during this year’s first quarter.

U.S. Army veteran Bob Barnwell, a self-avowed Graham supporter, voted absentee for the senator ahead of Tuesday’s primary, in part because of the outbreak. The 72-year-old retired nurse was recently released from the hospital, where he was treated for several weeks after contracting COVID-19.

“Lindsey Graham is an outstanding senator, military veteran, retired Army judge, Christian man and native South Carolinian who loves this state,” Barnwell told The Associated Press on Thursday evening. “He is a powerful voice in the U.S. Senate for the right to life for the unborn and older citizens.”