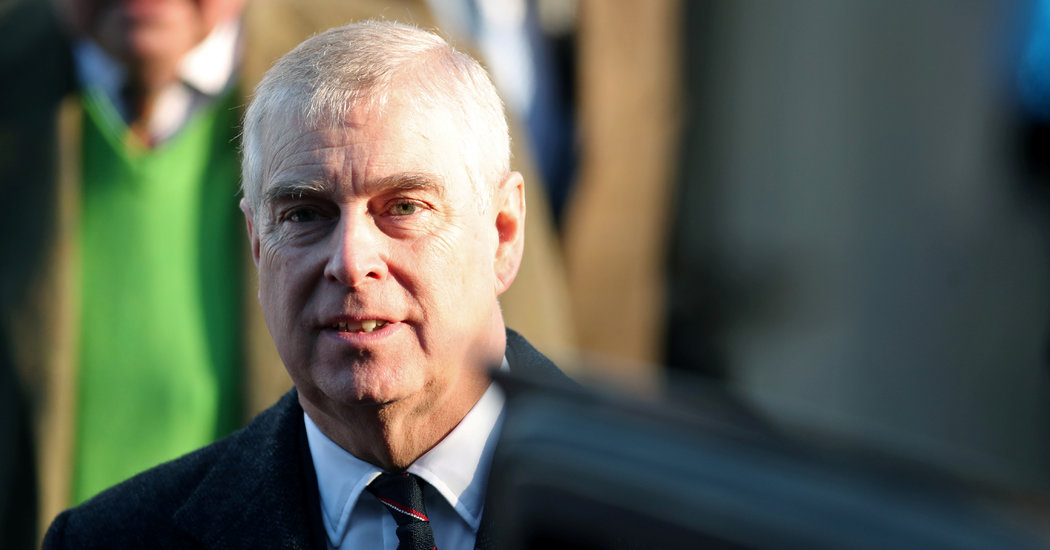 For four months, federal prosecutors in New York have been locked in a nasty public spat with Prince Andrew of Britain about what they say is his refusal to aid their investigation into allegations of sex trafficking and other crimes by the financier Jeffrey Epstein and his associates.

In March, Geoffrey S. Berman, the United States attorney in Manhattan, took the unusual step of announcing at a news conference that the British royal had “completely shut the door” on helping with the inquiry. The comments came two months after Mr. Berman complained that the prince was offering “zero cooperation” in the case.

On Monday, the trans-Atlantic sniping escalated, with the prince’s lawyers saying in a statement from London that he had agreed three times to help the New York prosecutors, though on his terms, with a written statement, and not by sitting for an interview.

In the statement, the prince’s lawyers accused Mr. Berman by name of misleading the public with “inaccurate” comments about the prince that “should not have been made.” They also suggested that Mr. Berman and other U.S. prosecutors hoped to bask in the limelight by loudly and repeatedly attacking Prince Andrew.

“They are perhaps seeking publicity rather than accepting the assistance proffered,” the prince’s lawyers wrote.

Within hours, Mr. Berman shot back, issuing a statement of his own in which he effectively called Prince Andrew, the Duke of York, a liar.

“Today, Prince Andrew yet again sought to falsely portray himself to the public as eager and willing to cooperate with an ongoing federal criminal investigation into sex trafficking and related offenses,” Mr. Berman wrote.

“If Prince Andrew is, in fact, serious about cooperating with the ongoing federal investigation,” Mr. Berman added, “our doors remain open, and we await word of when we should expect him.”

The dueling missives emerged as the British media reported that Mr. Berman’s office had raised the stakes in its scuffle with the prince by issuing a formal request to the British Home Office seeking its help in obtaining an interview with him.

U.S. prosecutors in New York and Washington would not confirm whether such a request, which is known officially as a mutual legal assistance application, had been made. (In an interview with Fox News on Monday, Attorney General William P. Barr said there were no plans to extradite the prince, but that federal prosecutors hoped to have him “provide some evidence.”)

If British officials were to grant such an application, Mr. Berman and his members of his staff could avoid the complexities of trying to subpoena testimony from Prince Andrew, a foreign citizen who lives outside of U.S. jurisdiction.

Under mutual legal assistance treaties, the British government could compel the prince to submit to an interview with its own officials if he were to persist in refusing to grant one to the federal prosecutors in New York.

The stalemate has been in effect since November, when Prince Andrew gave what was widely seen as a disastrous television interview to the BBC about his long relationship with Mr. Epstein, who killed himself last summer at a federal jail in Manhattan while awaiting trial on sex trafficking and conspiracy charges. Mr. Epstein had previously pleaded guilty to state sex crime charges in 2008 and had been sentenced to 13 months in prison at the time.

Prince Andrew, 60, said in the BBC interview that he could not “shed light” for U.S. law enforcement officers on Mr. Epstein’s activities because the two had spent only a few days at a time together. He also said he would have to consult with his lawyers before testifying under oath about his relationship with Mr. Epstein.

The prince’s answers in the interview shocked many viewers, who said that his denials of sexual misconduct were unpersuasive and that he seemed to have little sympathy for Mr. Epstein’s alleged victims.

After the interview was broadcast, the prince abruptly announced that he was stepping back from public life, apparently out of a concern that the BBC appearance could threaten the reputation and charitable work of the entire British royal family.

In a public statement at the time, he also said, “Of course, I am willing to help any appropriate law enforcement agency with their investigations, if required.”

Shortly after Mr. Epstein’s death, Mr. Berman said in a statement that the inquiry into an alleged sex-trafficking conspiracy that led to the new charges against the financier had not yet finished and that prosecutors were committed to standing up for the “brave young women” whom Mr. Berman said Mr. Epstein had abused. Mr. Barr has also vowed to bring criminal charges against anyone who helped Mr. Epstein in any sex-trafficking scheme.

American prosecutors may also want to speak with Prince Andrew because of his friendship with Ghislaine Maxwell, a British socialite and Mr. Epstein’s onetime girlfriend. She has been accused in lawsuits filed by women who say they were Mr. Epstein’s victims of acting as his top recruiter, procuring girls and young women for him to sexually abuse.

Ms. Maxwell, who has denied any wrongdoing, was one of four women who were named as possible co-conspirators and granted immunity from prosecution in a widely criticized plea bargain that Mr. Epstein struck with federal prosecutors in Florida in a case that preceded his 2008 conviction.

Mr. Berman’s latest assertion that Prince Andrew has acted in bad faith in presenting himself publicly as cooperative drew an angry reaction from the prince’s advisers. They accused Mr. Berman of breaching his own confidentiality rules a third time and of further eroding the prince’s trust in the Justice Department’s willingness to deal with him honestly.

“It’s frankly bewildering,” one of the prince’s advisers said.