BAGHDAD — After a second day of tense protests at the American Embassy in Baghdad, thousands of pro-Iranian demonstrators dispersed on Wednesday, ending a siege that had trapped American diplomats in the embassy compound overnight and winding down a potentially explosive crisis for the Trump administration.

The demonstrators had swarmed outside the embassy, chanting “Death to America!” Some tried to scale the compound’s walls, and others clambered onto the roof of the reception building they had burned the day before.

In contrast to Tuesday, when some demonstrators forced their way into the compound and set some of the outbuildings on fire, the crowd on Wednesday was smaller and no protesters breached the compound’s gates.

When the demonstrators — largely members of Iranian-backed militias angered by deadly American airstrikes over the weekend — reached the roof of the burned reception building on Wednesday, American security forces, including Marine reinforcements sent by the Pentagon the day before, fired tear gas to drive them back. 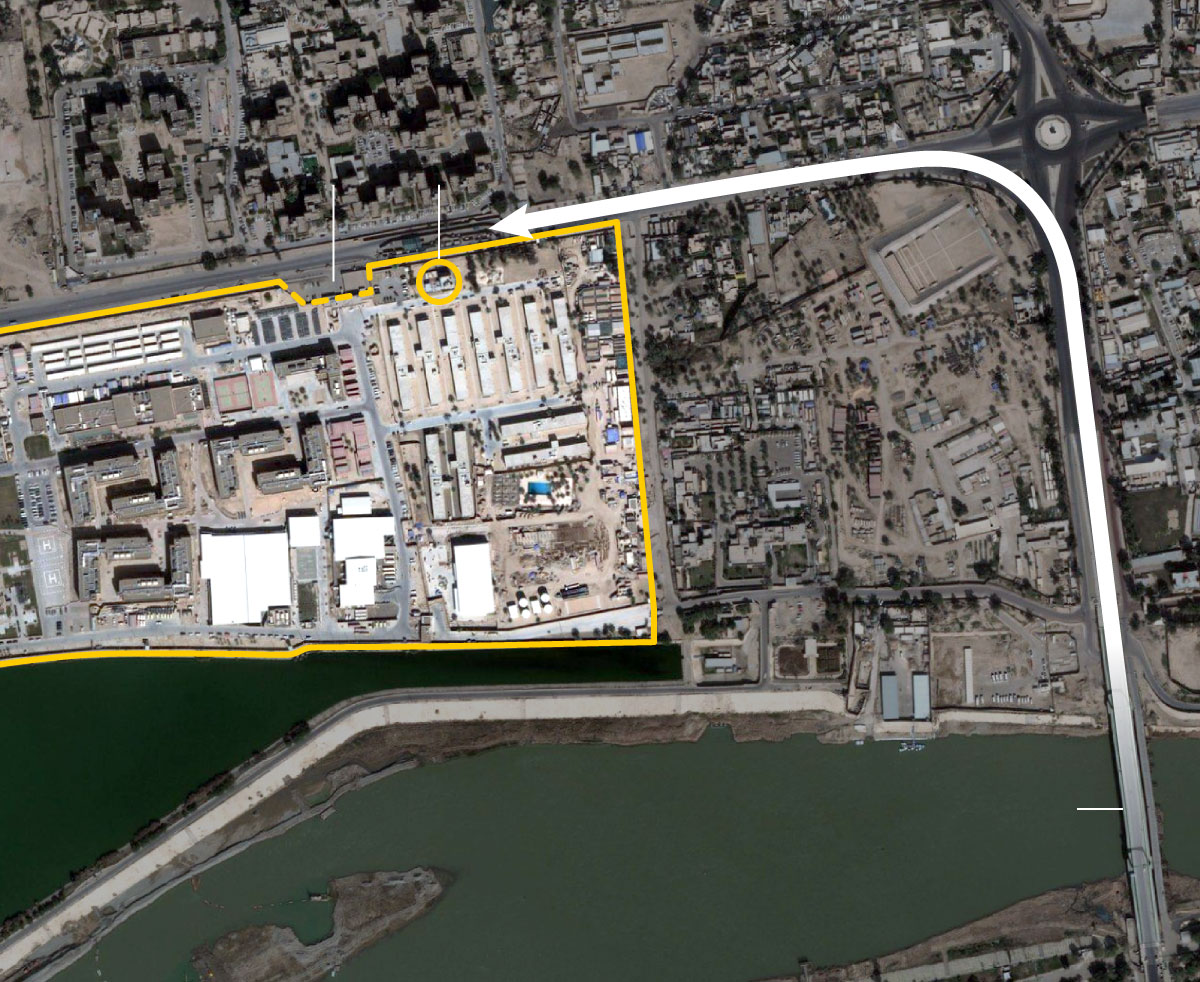 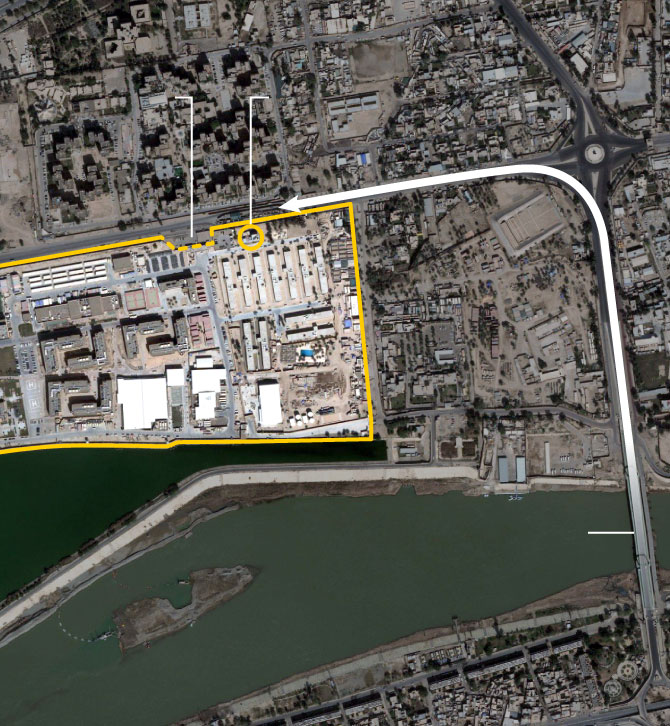 Satellite image by Maxar via Bing 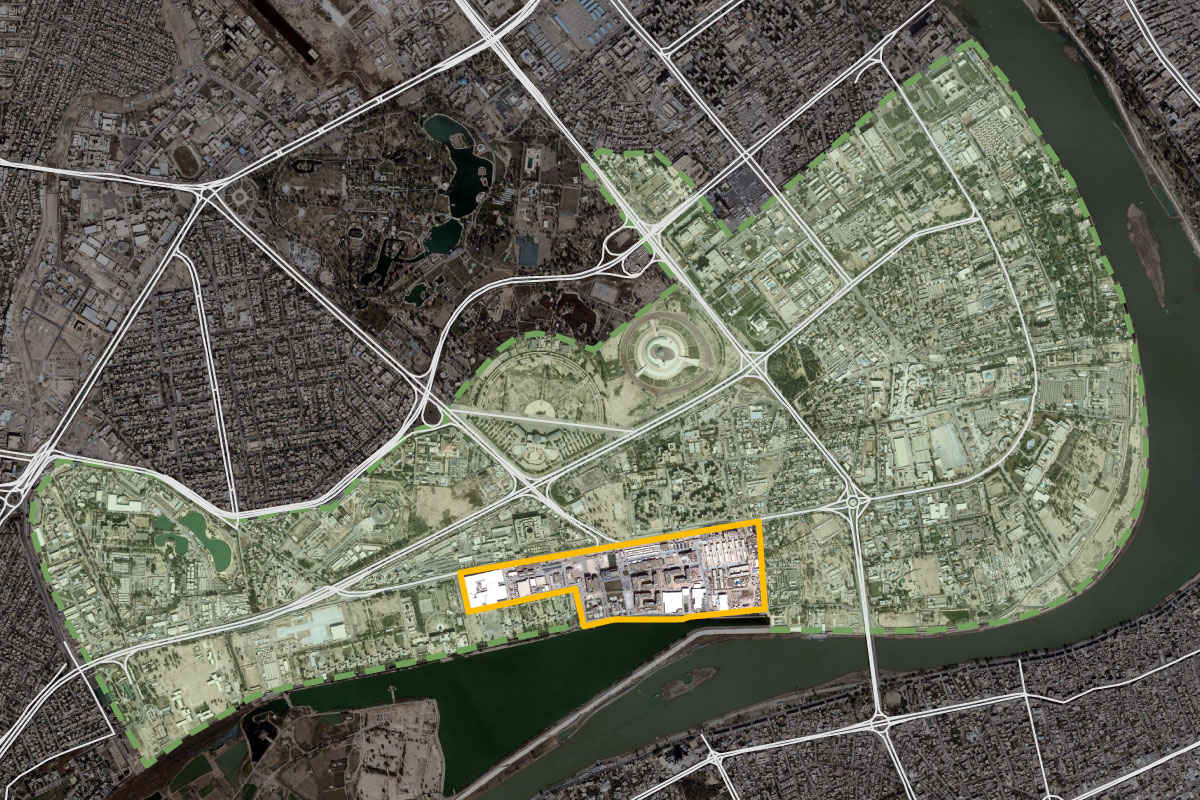 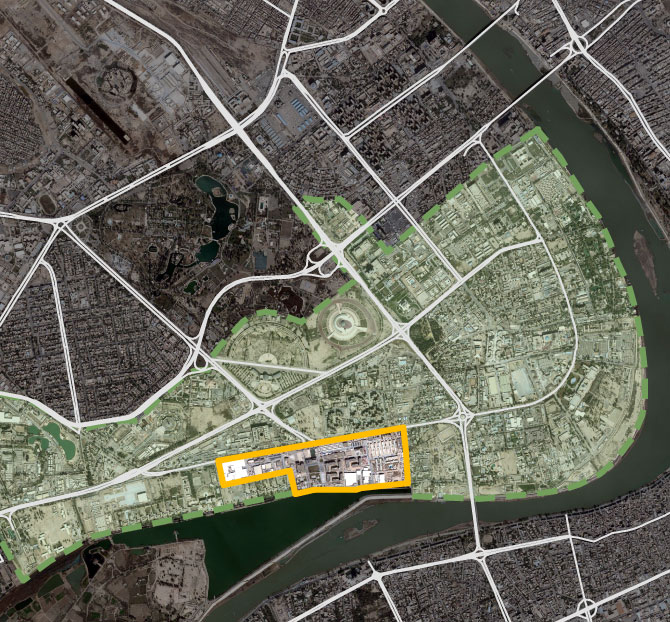 The full withdrawal came after leaders of the Iranian-backed militias who had organized the demonstration called on the crowd to leave, and most gradually drifted away on foot or drove off in trucks.

The leaders later announced that their agreement to withdraw was conditioned on a commitment from Iraq’s prime minister, Adel Abdul Mahdi, to move ahead with legislation to force American troops to withdraw from Iraq.

Whether or not such a law comes to pass, the episode reflected the new reality in Iraq.

Iran’s ability to deploy militias to blockade American diplomats inside the embassy for most of two days made clear how much power they wield within the Iraqi government.

Despite a 16-year American effort to establish a government friendlier to Western interests, at a cost of more than $1 trillion and 5,000 American lives, Iraq’s leaders lined up in opposition to the American airstrikes and its security forces allowed the militias to reach the American diplomatic compound. Some people wearing the uniforms of the Iraqi security forces were even seen attacking the compound themselves.

The Iraqi government’s acquiescence raises the question of whether the continued American presence in Iraq is tenable.

The two-day standoff at the embassy evoked traumatic memories of earlier attacks on American diplomatic posts in Tehran and Benghazi, Libya, though it ended peacefully, without reports of deaths or injuries. But it was not likely to be the last word on the matter.

“This is one round of many rounds to come,” said Randa Slim, a senior fellow at the Middle East Institute in Washington.

Miscalculations by both the United States and Iran led to the standoff.

It began with a rocket attack on an Iraqi military base on Friday that killed an American contractor and wounded several Iraqi and American service members. The United States blamed Kataib Hezbollah, an Iraqi militia with close ties to Iran. The militia denied involvement in the rocket attack.

American forces retaliated with airstrikes on five sites controlled by the militia, in Syria and Iraq, on Sunday. The airstrikes killed at least two dozen people and wounded twice as many; Iran has put the death toll at 31.

Iran’s proxy militias seemed to think they could conduct hit-and-run attacks on military bases without fear of retaliation, and the United States thought it could punish them with sweeping airstrikes without consequence.

Both assumptions turned out to be wrong.

The American airstrikes, set off a broad outcry in Iraq that the United States seemed not to have anticipated and that now looks likely to precipitate an effort to expel all American forces.

On Tuesday, thousands of Iraqi militia fighters marched on the United States Embassy compound in Baghdad to protest the American strikes, and some of them forced their way through the outer wall. They did not attempt to breach the embassy itself.

The Iraqi authorities, who had prevented previous demonstrators from even entering the Green Zone that encompasses the embassy, allowed the protesters to approach the diplomatic compound unimpeded.

In recent months, in the face of antigovernment protests, it was Iraqi forces firing tear gas to dispel protesters. But this week, the Iraqi authorities left the task to the United States, rather than confront their own people.

The militias, although closely tied to Iran, are made up of Iraqis and fall under the umbrella of the Iraqi security forces, though they have a great deal of independence.

But the Trump administration sees both the killing of the American contractor and the attack on the embassy as the direct work of Iran.

“These are the kinds of tactics that they use,” Brian Hook, the administration’s special representative for Iran, said in an interview on CNN on Wednesday. “Forty years ago they stormed our embassy. And then here we are 40 years later and they’re directing these terrorist groups to then attack our embassy.”

President Trump tweeted Tuesday that Iran “will be held fully responsible for lives lost, or damage incurred, at any of our facilities.”

“They will pay a very BIG PRICE!” he said.

Iraqi militias played a crucial role in the fight against the Islamic State, or ISIS. While many of the armed groups, which are principally made up of Shiite Muslims, are backed by Iran, a Shiite theocracy at odds with the United States, the two powers had a common goal in their effort to defeat the Islamic State.

Once the Islamic State was largely demolished, however, the Iran-backed militias turned their attention to constraining United States activities in Iraq, especially after the Trump administration ratcheted up its sanctions against Iran.

The administration said that the militias had carried out 11 attacks on Iraqi bases housing American service members in just the past two months and that the airstrikes were a necessary deterrent to prevent further attacks.

There are about 30 militias under the banner of Iraq’s Popular Mobilization Forces, each answering to different leaders who do not always agree with one another. Neither the government nor any of the factions has the authority to corral all of them, making for a dangerous mix.

If the United States intended to send a message of deterrence with the airstrikes on Sunday, the Iraqi militias also had a message for the Americans.

Scrawled on a wall of the embassy was graffiti using a nickname for Qassim Suleimani, the leader of the elite Quds Force of Iran’s Islamic Revolutionary Guard Corps. “He passed through here,” the message said.

Some militia members hung a green banner with yellow writing on the burned embassy reception area saying “Popular Mobilization Commission,” the umbrella group for the militias, as if to remove any doubt about who was in charge.

Late Wednesday afternoon, the commission asked its members to end the protest “out of respect for the government’s sovereignty.”

The protesters’ message, it said, “has been heard.”

Falih Hassan reported from Baghdad, and Alissa Rubin from Paris.