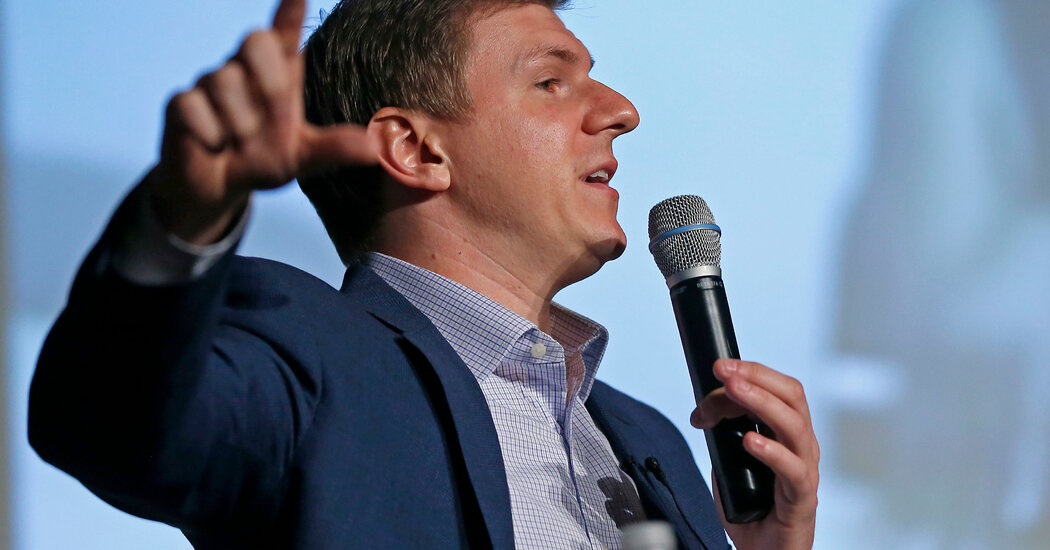 But a search warrant in the case suggests the Justice Department believes the diary kept by the president’s daughter Ashley Biden was stolen.

Project Veritas, the conservative group under scrutiny in a Justice Department investigation of how a diary kept by President Biden’s daughter Ashley Biden was published days before the 2020 election, has told a federal judge that it received a diary from two people who said they had legally obtained it after she had abandoned it.

“Project Veritas had no involvement with how those two individuals acquired the diary,” lawyers for the group said in a letter dated Wednesday to a federal judge in New York. The group’s lawyers were asking U.S. District Judge Analisa Torres for a so-called special master to determine what materials seized by federal investigators could be used as evidence in their investigation.

In contrast with Project Veritas’s description in the letter of how the diary was obtained, a warrant used by federal authorities to search the home of the group’s founder, James O’Keefe, last Saturday indicated that federal authorities believed the property was stolen.

The proceedings in the case have been sealed, but a producer for Fox News provided The New York Times with a copy of the letter written by the Project Veritas lawyers and its attachments, including a copy of the search warrant. The producer was seeking comment from The Times about allegations in the letter that the Justice Department had leaked news of the searches to the Times.

Judge Torres ruled on Thursday that the government should refrain from examining the materials it obtained in the search, including from Mr. O’Keefe’s cellphones, until she decides whether to appoint a special master, according to a ruling from the judge posted on Twitter by a Project Veritas lawyer. The judge set a schedule for the government and Project Veritas to provide her with more information in the coming days, and indicated that she is unlikely to rule for at least a week.

The F.B.I. executed search warrants last week at the homes of Mr. O’Keefe and two former employees for the group.

Project Veritas never ended up publishing Ms. Biden’s diary. It was made public less than two weeks before the 2020 election by a right-wing website that posted several photographs of diary pages it claimed were written by Ms. Biden. The website said it had obtained the diary from a “whistle-blower” who worked for a media organization that had decided not to publish a story on the topic.

The search warrant provided some sense of the specific questions the government is seeking to answer in its investigation related to Project Veritas, which has previously said it purchased the diary.

The government also said it was seeking any communications that the group prepared to send to Ms. Biden, Mr. Biden and others about her property.

Project Veritas has sought to portray itself as a news media organization that made a journalistic decision not to publish the diary, suggesting it is being targeted by the Biden Justice Department and that federal investigators disclosed the existence of the searches to a reporter for The Times.

“This leaked information likely was intended to preemptively deflect criticism that the D.O.J. was being used to target a news organization viewed by some as critical of the Biden administration over the matter of President Biden’s daughter’s diary,” the Project Veritas lawyers said in their letter.

They added: “Members of the news media like Mr. O’Keefe and Project Veritas depend on an atmosphere of confidence and trust. If the government may, pursuant to a search warrant, fully examine a reporter’s electronic devices — which include information and communications with government critics, watchdogs and whistle-blowers — then the truth-seeking function of the press will wither.”