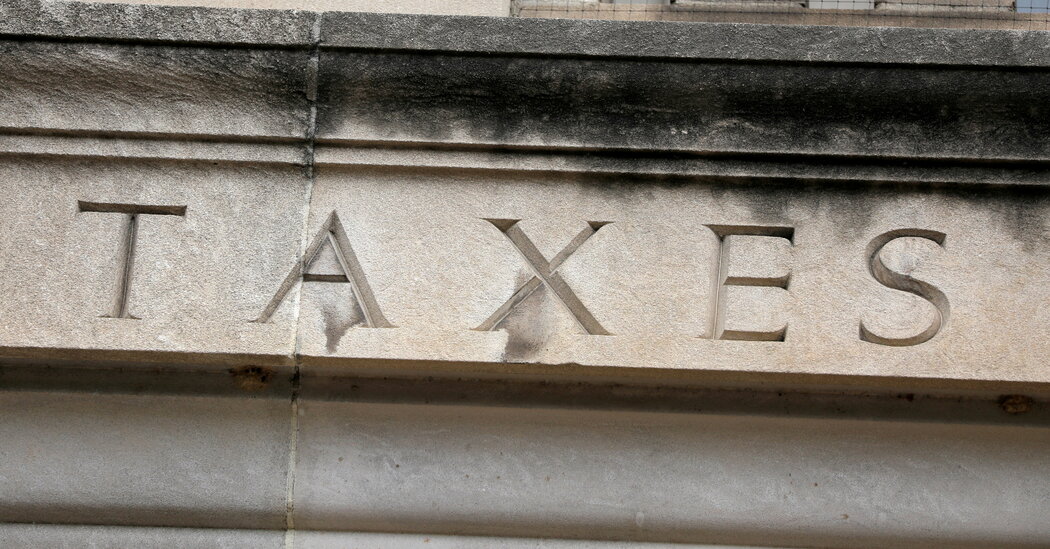 Democrats are homing in on unrealized capital gains raises as a way to help fund their social spending bill.

After months of negotiations over President Biden’s big social spending bill, congressional Democrats looking for ways to pay for it have zeroed in on America’s billionaires.

To squeeze more money from the very wealthy, they are looking toward a change in the tax code that would reinvent how the government taxes investments — at least for the few hundred richest families — and lean against the accumulation of enormous fortunes in the future.

Details of the plan remain sparse as of Monday, and negotiations over the overall spending package are fluid. But the idea from the Senate Finance Committee chairman, Ron Wyden, is essentially to apply a more stringent version of capital gains taxes on the billionaire class.

Treasury Secretary Janet Yellen said in an appearance Sunday on CNN, “It would help get at capital gains, which are an extraordinarily large part of the incomes of the wealthiest individuals, and right now escape taxation.”

The proposal raises conceptual questions about what counts as income. When Americans buy assets — shares of stock, a piece of real estate, a business — that become more valuable over time, they owe tax only on the appreciation when they sell the asset. This is a longstanding feature of the capital gains tax, true throughout its century-plus history. By contrast, those who earn their money from working owe income taxes every year on those earnings.

The rationale is that just because something has increased in value doesn’t mean the owner has the cash on hand to pay taxes. Moreover, for those with complex holdings, like interests in multiple privately held companies, it could be onerous to calculate the change in valuations every year, with ambiguous results.

By charging capital gains tax only when an asset is sold, both problems are solved — the taxpayer has the money to pay the tax bill, and the sales price is presumably a fair market value. But it has also opened up immense possibilities for the very wealthy to legally keep their tax burden very low, to a degree that has become more clear in recent years.

In effect, a person can accrue capital gains indefinitely, on a vast scale, while owing no tax other than on dividends or other cash distributions from those assets. They can borrow against those assets to cover their spending without triggering a sale.

All that means, according to a paper from the White House published last month, that from 2010 to 2018, the wealthiest 400 families in America paid an average of 8.2 percent of their income in taxes (counting unrealized capital gains appreciation as income). The average income tax rate for all Americans in 2018, without that capital gains adjustment, was 13 percent, and it was 25 percent among the top 1 percent of earners.

ProPublica, the nonprofit news organization, obtained the tax returns of many ultra-wealthy people, and reported that, among other extraordinary examples, the Amazon founder Jeff Bezos saw his wealth rise by $99 billion from 2014 to 2018, while he paid $973 million in taxes in that span — less than 1 percent.

The Wyden plan would require the very wealthy — those with over $1 billion in assets or three straight years of income over $100 million — to pay taxes based on unrealized gains. At that tier of wealth, the logic goes, the usual considerations arguing against a so-called “mark-to-market” capital gains tax don’t apply. Those are sophisticated taxpayers with access to loans or other source of liquidity, for example, who hold assets that for the most part can reasonably be valued annually.

It could create some very large tax bills for that small sliver of Americans. If a family’s $10 billion net worth rose to $11 billion in a single year, a capital-gains rate of 20 percent would imply a $200 million tax bill.

And by applying the new tax system only to a few hundred families that are very wealthy, Democrats are betting that they will not cause excessive hassles to millions of moderately wealthy Americans. Put differently, it’s one thing to insist Mr. Bezos pay tax on his unrealized billions of dollars in Amazon gains every year, but another to insist all small-town dentists estimate what their practice is worth and write a check to the I.R.S. if it has become more valuable.

Still, having a cutoff at which the new capital gains system applies could create perverse incentives, too.

It also “complicates the administration’s efforts to improve compliance among high-income people, who are the people most able to control what shows up on their tax return and what doesn’t,” he said.

It also raises conceptual questions given its similarity to another idea that has emerged among left-of-center tax experts in recent years: a wealth tax.

That idea, embraced by Elizabeth Warren and Bernie Sanders in their campaigns for the presidency, would require the very wealthy to pay some small percentage of their net worth each year. Senator Warren advocated a 3 percent tax for billionaires, for example. The Wyden plan, by contrast, would tax only the unrealized gain a billionaire family had — but the long-term capital gains rate is 20 percent.

For assets with modest returns, the math of those two tax systems would work out similarly. But the new approach would cause more volatile swings in the money a rich family owes and the refunds it receives each year as asset prices move up and down.

Kyle Pomerleau, a senior fellow at the American Enterprise Institute, said the approach would be better than a wealth tax at taxing the extraordinary returns investors receive because of what are known as economic rents.

“What the wealth tax is failing to tax are ‘rents,’ or supernormal returns — the returns to luck, market power, a good idea,” Mr. Pomerleau said. “I think if you are worried about inequality due to market power, a tax that captures rents is better than one that exempts them entirely.”

Notably, leading Democrats are on different pages on whether to think of the Wyden billionaires’ tax as equivalent to a wealth tax. On CNN on Sunday, House Speaker Nancy Pelosi said, “We probably will have a wealth tax,” while Ms. Yellen said later on the same show that “it’s not a wealth tax, but a tax on unrealized capital gains of exceptionally wealthy individuals.”

The distinction could also have legal significance. Either policy would probably attract constitutional challenges, but the Wyden proposal is probably on safer ground, Mr. Burman said. Legal experts have been exchanging views on the matter, even with no legislative text yet available.

If some version of the plan becomes law, that isn’t the only question. There would need to be rules on how the value of illiquid assets — art, for example — should be calculated, and how to handle enforcement and any exceptions.

All of which means: The discussion over what this provision would mean will not end if it becomes law. The practical implications, and fights over the details, would just be starting.