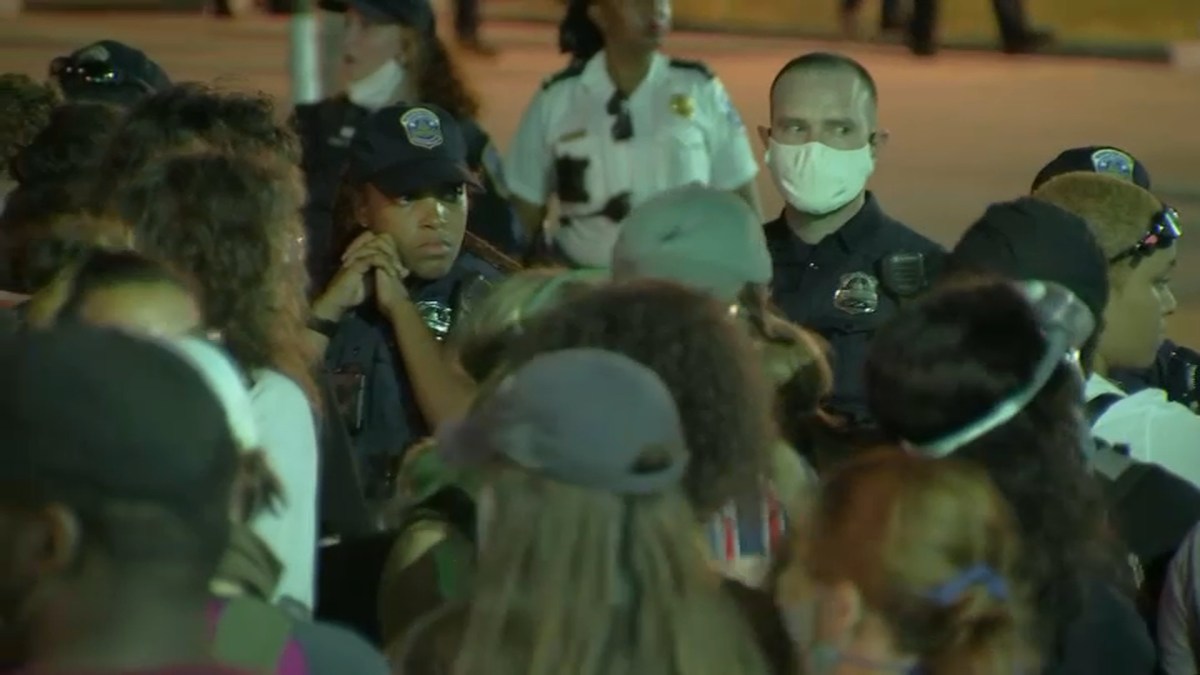 Protesters are demanding the removal of two statues in Washington, D.C., that honor American presidents — one who owned slaves, and another who set them free.

A group called The Freedom Neighborhood organized a protest Tuesday evening at Lincoln Park in Capitol Hill to call for the removal of a statue that depicts a freed Black man in shackles at the feet of President Abraham Lincoln.

The group said on Instagram the statue “embodies the racial undertones of black people being inferior to white people. WE WANT THIS STATUE GONE!”

“You will soon see my bill to remove this problematic statue from Lincoln Park,” Norton said.

African Americans who were freed from slavery raised money to put up the statue in the 1870s, but they didn’t have any creative input.

“Because Lincoln Park is National Park Service (NPS) land, I will work with the NPS to see whether NPS has the authority to remove the statue without an act of Congress, and if so, we will seek its removal without a bill. This statue has been controversial from the start. It is time it was placed in a museum.”

Some D.C. residents are trying to raise money to make changes to the statue.

Near the White House, police increased their presence Tuesday and expanded the perimeter around Lafayette Square.

The move comes a day after protesters tried to pull down a statue of President Andrew Jackson near the White House before being dispersed by police.

Several dozen police officers formed a line at across 16th Street near the intersection of I Street, in the heart of what has been renamed “Black Lives Matter Plaza” by D.C. Mayor Muriel Bowser.

As of 10:30 p.m., dozens of protesters stood face-to-face with officers.

There were intense moments near the White House Monday as protesters tried to take down a statue of Andrew Jackson in Lafayette Square. News4’s Shomari Stone reports.