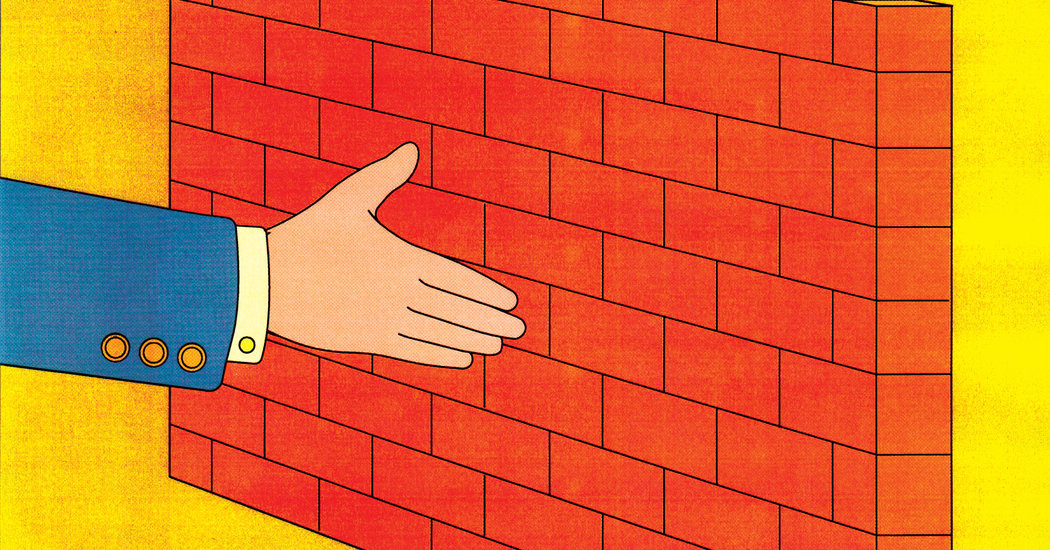 According to Gallup, some 47 percent of American adults identify as Democrats or lean Democratic, which translates to roughly 10 million more supporters than the Republican Party has. Political scientists rate the national mood as the most liberal it has been since the early 1960s.

Yet despite the premise of majoritarian democracy that favorable public sentiment should translate into political advantage, progressive Democrats do not get what they want in national policy — nothing even close to it. In fact, often they often get the opposite of what they want, then get wiped out in elections anyway. On matters like gun control, health care, taxation, immigration, aid for the impoverished and many other issues, Democrats have lost, and lost again, even when they managed to gain control of both houses of Congress and the presidency.

There are many well-known reasons for this, including the outlandish legislative power of corporate interests and a Constitution that favors rural areas over cities. But does some of it stem from the fact that Democrats have been too willing to compromise or bargain in good faith? Yes, at least new empirical research suggests: Liberals tend to be suckers.

Understanding this suckerdom, and the emerging urge from progressives to avoid it, may be one key to understanding the 2020 primaries, and the rise of uncompromising figures like Bernie Sanders. Sanders may be, as his critics say, incapable of working with others. But for progressive Democrats sick of losing for decades on end, that’s actually his selling point.

Three professors, Kristen Underhill, Ian Aryes and Pranav Bhandarkar, studied legislative compromise by studying sunsets: agreements to make a law lapse after a certain number of years. Agreeing to something you don’t like, so long as it is time-limited is a way to be open-minded and allow a law that one might personally disagree with to be tried out for a while. Their most striking finding is that self-identified liberals have been more willing to let conservative priorities be enacted, so long as there’s a sunset.

In contrast, conservatives tend to simply reject liberal proposals, no matter what. Hence, the authors have managed to quantify liberal suckerdom, concluding that “sunset clauses tend to induce a broader range of compromise beliefs and significantly more compromise support for conservative legislation, compared to liberal legislation.”

The professors were conducting an experiment, but the last 20 years of politics are full of real-life examples. The nastier parts of the Patriot Act were passed with a sunset, as was the independent counsel statute that ensnared President Bill Clinton, not to mention the tax cuts for the wealthy under Presidents George W. Bush and Trump (which had sunsets that artificially deflated their real costs). In contrast, many Democratic priorities have been rejected entirely, even the most milquetoast efforts: The Obama administration’s modest gun control and climate change bills, the nomination of the moderate federal judge Merrick Garland to the Supreme Court and the public option at the center of Barack Obama’s original health care reform package all failed.

It’s a case of following an admirable ethic in the wrong neighborhood. For many traditional liberals, respect for difference is understood as a sacred duty. Consider, for example, Joe Biden’s warm words for his Republican colleagues, or the left’s many paeans to the virtues of empathy. Why demonize your opponents rather than presume that, as fellow human beings, what they want should be given respect and the dignity of fair evaluation?

Such tolerant pluralism has a long and distinguished pedigree, from writings of figures like James Madison and John Locke to the broader Christian ideal of loving one’s enemies; great, high-minded stuff. Many high-profile Republican leaders once also embraced such values, like the recently passed Senator John McCain and President George H.W. Bush.

But as a posture for negotiation, unilateral open-mindedness is a disaster. Facing an uncompromising opponent, it yields a predictable result: getting repeatedly defeated.

The Republican Party is, at the risk of understatement, no longer the party of H.W. Bush or McCain. It has little use for the pluralist tradition as represented by the founders and instead has come to celebrate and even glorify non-compromise through the politics of Donald Trump and Mitch McConnell.

Within that context, the intuition that Democrats have been playing a sucker’s game for too long may be what is now making Democratic voters, especially younger ones, favor candidacies that welcome hardball politics and that aren’t afraid to call out villains.

It’s a dynamic that explains where the support for Senators Elizabeth Warren and Bernie Sanders is coming from and why Mr. Biden — who begins negotiations by trying to be reasonable, while expecting the same of others — seems like a man for a different time. It certainly explains why Representative Alexandria Ocasio-Cortez, arguably the future of the Democratic Party, suggested in a New York magazine profile that what she most admired about Mr. Sanders was his willingness over the years to be the lone vote for (or against) things he considered deeply important. It may even help explain the enthusiasm for the shamelessly lavish campaign spending and rough and tumble social media presence of Mike Bloomberg: He may not be an unyielding democratic socialist, but he’s no one’s idea of a sucker.

If the Democrats choose a starkly uncompromising candidate in 2020, it will probably reflect an exhaustion with playing the decent human being; weariness from unilaterally sticking up for the genteel norms of the Enlightenment and getting steamrollered in the process.

In that sense, the Democratic primaries may recall a scene from the 2019 film “Marriage Story”: In the midst of an increasingly hostile divorce, the husband fires his reasonable, thoughtful divorce attorney, played by Alan Alda, and replaces him with a brash, combative foil, played by Ray Liotta (of “Goodfellas” fame). “Why did you fire him?” his wife asks? He needed someone far less compromising, he says — employing a far more vulgar term than this polite reflection on suckerdom permits.

Tim Wu (@superwuster) is a law professor at Columbia, a contributing opinion writer and the author, most recently, of “The Curse of Bigness: Antitrust in the New Gilded Age.”