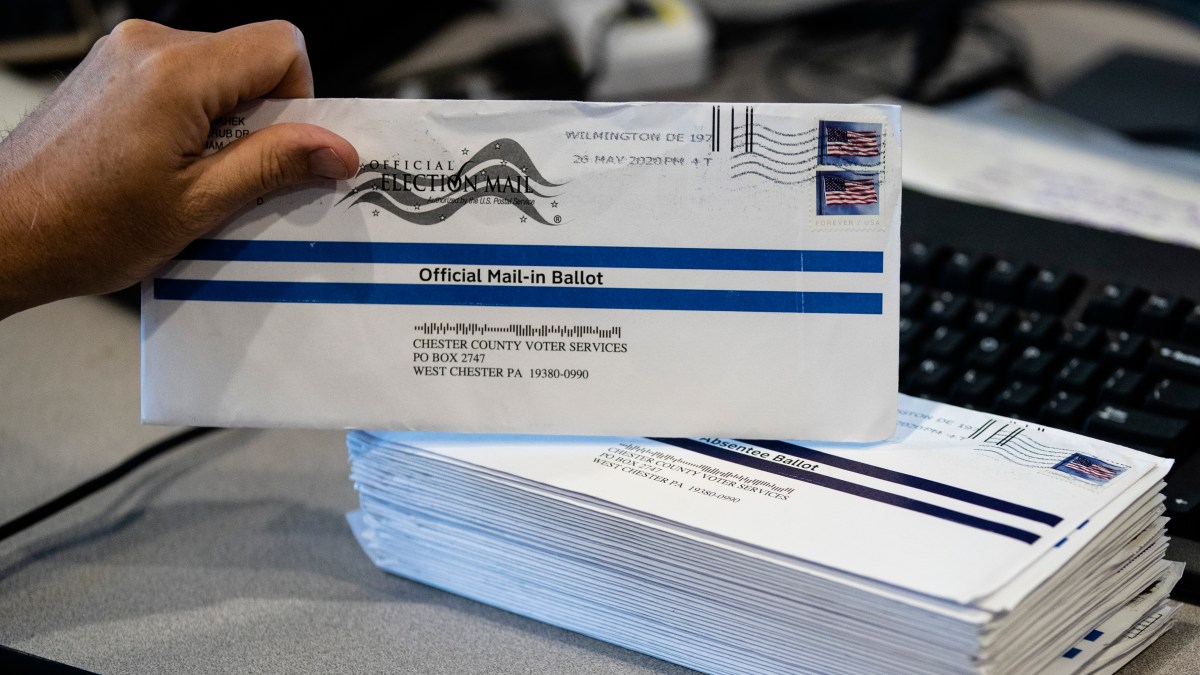 The demand for mail-in ballots is surging. Election workers need training. And polling booths might have to be outfitted with protective shields during the COVID-19 pandemic.

As officials prepare for the Nov. 3 election, one certainty is clear: It’s coming with a big price tag.

“Election officials don’t have nearly the resources to make the preparations and changes they need to make to run an election in a pandemic,” said Wendy Weiser, head of the democracy program at the Brennan Center for Justice. “We are seeing this all over the place.”

The pandemic has sent state and local officials scrambling to prepare for an election like few others, an extraordinary endeavor during a presidential contest, as virus cases continue to rise across much of the U.S.

COVID-related worries are bringing demands for steps to make sure elections that are just four months away are safe. But long-promised federal aid to help cash-starved states cope is stalled on Capitol Hill.

The money would help pay for transforming the age-old voting process into a pandemic-ready system. Central to that is the costs for printing mail-in ballots and postage. There are also costs to ensure in-person voting is safe with personal protective equipment, or PPE, for poll workers, who tend to be older and more at risk of getting sick from the virus, and training for new workers. Pricey machines are needed to quickly count the vote.

Complicating matters is President Donald Trump’s aversion to mail-in balloting. With worrisome regularity, he derides the process as rigged, even though there’s no evidence of fraud and his own reelection team is adapting to the new reality of widespread mail-in voting.

A huge COVID response bill passed by the House in May contains a whopping $3.6 billion to help states with their elections, but the Senate won’t turn to the measure until late July. Republicans fought a $400 million installment of election aid this March before agreeing to it.

But key Senate Republicans seem likely to support more election funding, despite Trump’s opposition, and are even offering to lower a requirement that states put up “matching” funds to qualify for the federal cash.

“I’m prepared not only to look at more money for the states to use as they see fit for elections this year, but also to even consider whatever kind of matching requirement we have,” said Roy Blunt, R-Mo., chairman of the Senate panel with responsibility for the issue. “We can continue to work toward an election that produces a result that people have confidence in and done in a way that everybody that wants to vote, gets to vote.”

The pandemic erupted this spring in the middle of state primaries, forcing many officials to delay their elections by days, weeks and even months. They had to deal with a wave of poll worker cancellations, polling place changes and an explosion of absentee ballots.

Voting rights groups are particularly concerned with the consolidations of polling places that contributed to long lines in Milwaukee, Atlanta and Las Vegas. They fear a repeat in November.

As negotiations on the next COVID relief bill begin on Capitol Hill, the final figure for elections is sure to end up much less than the $3.6 billion envisioned by the House. That figure followed the recommendations of the Brennan Center to prepare for an influx of absentee ballots while providing more early voting options and protecting neighborhood polling places.

Even before the pandemic, election offices typically work under tight budgets. Iowa Secretary of State Paul D. Pate, who serves as president of the National Association of Secretaries of State, said the group has been calling on the federal government to provide a steady source of funds, particularly to help address ongoing costs of protecting the nation’s election systems from cyberthreats.

For Georgia’s primary last month, election officials spent $8.1 million of the roughly $10.9 million the state has received in federal funds. The money was used to send absentee ballot applications to 6.9 million active registered voters and print absentee ballots for county election offices. Some of it also was used to purchase PPE and secure drop-off boxes for counties.

Meanwhile, the state elections division has seen a $90,000 reduction for the current budget year as Georgia — like the rest of the nation — deals with a decline in revenues due to the pandemic.

There’s a lot of concern over the huge number of votes that will be cast by mail in this fall’s presidential election. But there’s also reason for optimism, as NBCLX’s Noah Pransky reports.

The state’s remaining federal funds will be used to help cover the costs of developing an online system for voters to request absentee ballots, a less expensive option than sending ballot applications to every voter, and exploring whether installing plexiglass dividers around voting machines could allow more voters in a polling place at one time.

In Colorado, which is already a universal vote-by-mail state, the Denver election office has had to reduce its budget by 7.5%, which amounts to nearly $980,000. Jocelyn Bucaro, Denver’s elections director, said the federal funds sent earlier this year helped with purchasing PPE and other pandemic-related supplies.

Vote-by-mail veterans and vendors of the equipment, software, ballots and envelopes that will be needed in November say the window to buy them is quickly closing.

“Right now, what I’m seeing in most places is just this kind of indecision. What are we supposed to be planning? Vote by mail or in-person or combination?” said Jeff Ellington, president of Runbeck Election Services, which prints ballots and the special envelopes used to mail them and also supplies high-volume envelope sorters.

“Decisions just need to be made so people can start to put a plan into place,” he said.

This chart shows the cumulative number of cases per state by number of days since the 10th case.

BlueCrest, a Pitney Bowes spinoff, sells high-volume sorting machines that handle up to 50,000 ballot envelopes per hour. That’s the kind of crunch big counties can expect to face on Nov. 3 in states including Wisconsin and Pennsylvania, where Rick Becerra, a vice president at the company, said he’s been talking to officials. The machines average $475,000 each.