Recalling Jan. 6: a National Day of Infamy, Half Remembered

A Quinnipiac poll found that 93% of Democrats considered it an attack on the government, but only 29% of Republicans agreed


Beneath a pale winter light and the glare of television cameras, it seemed hard not to see the Jan. 6 U.S. Capitol riot for what it was. The violent storming of the Capitol by Donald Trump supporters bent on upending the election of Joe Biden was as clear as day: democracy under siege, live-streamed in real time.

Yet a year later, when it comes to a where-were-you moment in U.S. history, there is far from national consensus.

A Quinnipiac poll found that 93% of Democrats considered it an attack on the government, but only 29% of Republicans agreed. In a recent CBS-YouGov poll, 85% of Democrats called the riot an “insurrection” while only 21% of GOP voters did. Republicans (56%) were more likely to explain the rioters as “defending freedom.” A poll by The Associated Press and NORC Center for Public Affairs Research found that about 4 in 10 Republicans recall the attack — in which five people died — as violent, while 9 in 10 Democrats do.

Such a disparity in memory may be inevitable in our hyper-polarized politics, but it’s striking given the stark clarity of Jan. 6 at the time and in its immediate aftermath. House Minority Leader Kevin McCarthy, R-Calif., said then that “the president bears responsibility” for the attacks. Sen. Mitch McConnell, R-Ky., then the majority leader, said: “They tried to disrupt our democracy. They failed.”

But since that day, separate versions — one factual, one fanciful — have taken hold. The Capitol riot — the violent culmination of a bid to delegitimize the 2020 election and block its certification — has morphed into a partisan “Rashomon,” the classic Japanese film about a slaying told from varying and conflicting points of view. Indeed, the act of remembering can be a highly mercurial thing — particularly when deep-seated political views are involved.

“We keep using terms like post-factual, but it almost feels like there’s this national psychosis or amnesia about what happened a year ago,” says Charles Sykes, the former conservative Wisconsin radio host and founder of the website The Bulwark. “It’s not just that we’re two nations. It’s as if we live on two different reality planets when it comes to the memory of Jan. 6.” 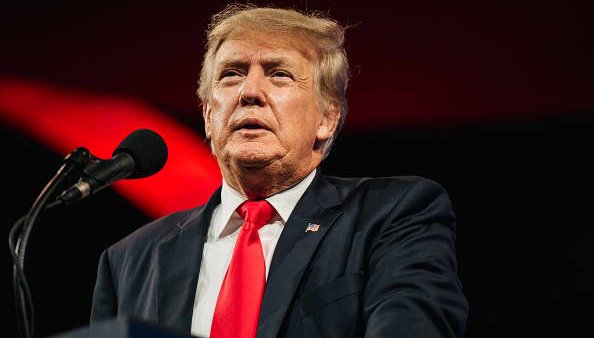 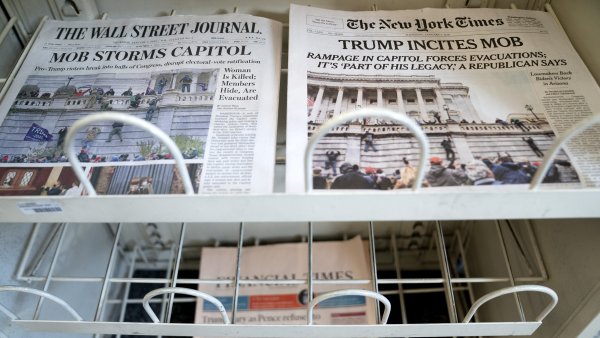 
Teachers, Whether They Like It Or Not, at Culture War Front Lines With Jan. 6 Education

Nations remember the way people do: imperfectly. Neuroscientist Lisa Genova, author of “Remember: The Science of Memory and the Art of Forgetting,” describes how even the most searing memories are edited each time they’re revisited. An original memory is replaced with a 2.0 version, a 3.0 version and beyond.

“Outside influences can sneak in every time we revisit and recall a memory for what happened. So for these collective memories, we have a lot of chances to revisit them,” says Genova. “Depending on your political point of view, the news channels you watch, what this meant to you, this memory is going to have a different slant based on the story that you tell yourself.”

And a lot of people have been working hard to chip away at the memory of Jan. 6. Rep. Andrew S. Clyde, R-Ga., has described the siege as like “a normal tourist visit.” Rep. Matt Gaetz, R-Fla., has claimed the rioters were leftist militants “masquerading as Trump supporters.” Trump has continued to insist that the election — Biden won by a wide margin, with scant evidence of fraud — was the real insurrection.

Fox News host Tucker Carlson has attempted to frame the Capitol attack as a “false flag” operation, orchestrated by the FBI. Carlson created a series on the riot that aired on Fox News’ subscription streaming service.

To counter such misrepresentations, other documentary projects have tried to capture Jan. 6 in rigorous, methodical detail. Jamie Roberts’ HBO documentary “Four Hours at the Capitol” was motivated in part to firmly establish a visual chronology of that day, with the rampage following Trump’s incitement to his followers to “fight like hell.”

Roberts interviewed witnesses and participants. Some of those in the mob praised his film only to later complain after seeing Carlson’s series.

“I had people who were in the film texting me saying: ‘Why the hell didn’t you put that in your film? You’re liars,’” Roberts says. “What I was hoping with the project was to put some very hard and fast facts together with people who can tell the story from a witness perspective. But for some people, it’s still not going to reach them.”

In a 54-35 vote on Friday, Senate Republicans blocked a measure which would create a bipartisan commission to investigate the Jan. 6 riot at the Capitol Building that left five dead and nearly 150 officers injured.

Alexander Keyssar, a professor of history and social policy at Harvard and author of “Why Do We Still Have the Electoral College?”, believes a full-fledged investigative commission, like the one that followed the Sept. 11 attacks, might have fostered more national consensus on Jan. 6. In May, Senate Republicans used their filibuster power to block the creation of such a commission. (A House committee is to soon make public some of the findings from its six-month investigation.)

Instead, many Trump supporters have adopted the former president’s denial over the 2020 election. In the last year, Republicans have passed dozens of laws in 19 states to restrict voting. More election battles loom in the 2022 midterms and beyond.

“It’s obviously dangerous because it becomes precedent,” Keyssar says of the Capitol riot. “It has become a prism through which events are viewed. The prism for a large segment of Republican adherents is that you can’t trust the outcome of elections. If you can’t trust the outcome of elections, that will be true in the future as well. It becomes, as the great historian Bernard Bailyn once said, ‘a grammar of thought.’”

Instead of receding into the past as an anomalous threat to the heart of American democracy, the history of the Capitol riot is yet to be fully written. Some projects are ongoing. To tell the story of Jan. 6, the Capitol Historical Society is creating an oral history. Some of the stories — like those of staffers who have since quit government and returned home — are particularly haunting for the society’s president, Jane L. Campbell.

Meanwhile, the Capitol remains closed to the public. Where tours once regularly paraded, now only those with an appointment may enter.

“When people say ‘Oh, it’s never been this bad,’ well, we did have a civil war. That was bad. That was truly bad,” Campbell says. “But during the Civil War, Lincoln made a decision to finish the dome of the Capitol. We tell that story a hundred times over.”