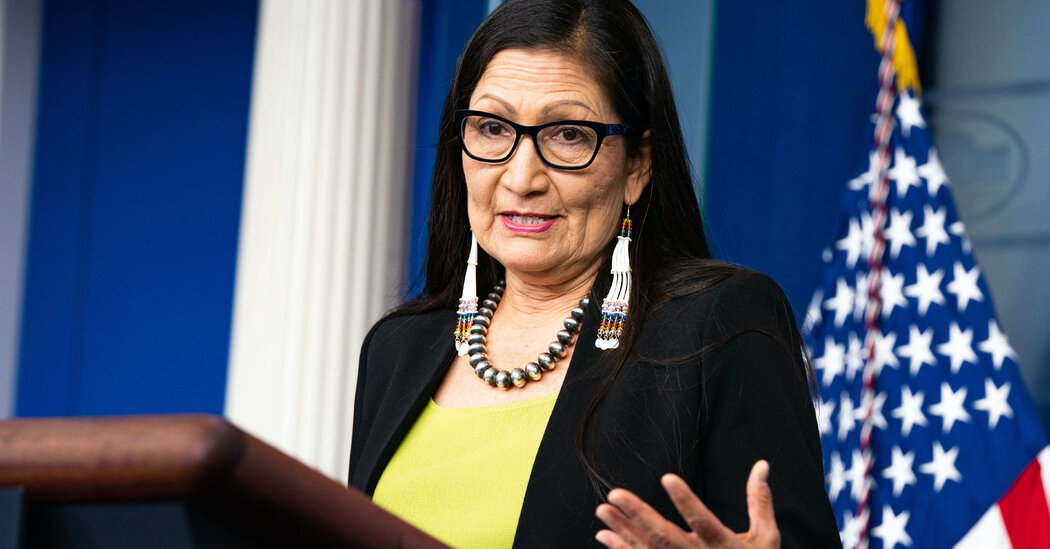 A decision by the Trump administration to move the Bureau of Land Management’s headquarters to Colorado caused staff members to quit, according to a government watchdog report.

WASHINGTON — A decision by the Trump administration to move the headquarters of the Bureau of Land Management to Grand Junction, Colo., from Washington left the agency with high vacancy rates as veteran employees — especially African Americans — quit rather than relocate, a government watchdog said in a report issued this week.

Senior officials at the Interior Department under President Donald J. Trump had argued that the move was needed to ensure that top employees were closer to the federal land that the agency manages, most of which is in the western half of the United States.

But the report from the Government Accountability Office was critical of the decision, saying that the agency lacked a “strategic work force plan” that could have guided its decision-making. As a result, the report found, the move caused many staff members to quit rather than relocate to Colorado.

Out of a total staff of about 560 people, 134 people left the Bureau of Land Management after the move was announced in 2019. Of those remaining, 176 were asked to relocate, but 135 refused.

The report, which was reported earlier by The Washington Post, said that other decisions at the agency at the same time — such as changes to its organizational structure — led to additional departures and an increased reliance on “details,” or employees from other agencies who are temporarily assigned to perform the duties of a position that has been vacated.

The result, the report said, was a “loss of headquarters staff, increased numbers of headquarters vacancies, a loss of experienced staff and decreased representation of employees of some races and ethnicities. Increased vacancies, and the details used to temporarily fill those vacancies, sometimes led to confusion and inefficiency.”

Interior Secretary Deb Haaland announced in September that she had decided to reverse the Trump administration’s decision to move the Bureau of Land Management’s headquarters.

But Representative Raúl M. Grijalva, Democrat of Arizona and the chairman of the House Committee on Natural Resources, had requested the Government Accountability Office’s report. He asked the accountability office to examine changes in the bureau’s work force after the decision by the Trump administration.

The authors of the report said it was difficult to assess the full effect of the move and other changes at the 8,800-person agency because officials did not maintain comprehensive data about vacancies and other personnel issues.

The report said there was only a minor change in the racial and ethnic makeup of the overall agency after the relocation of its headquarters.

Before the move, about 83 percent of the bureau’s employees were white, about 8 percent were Hispanic, about 3.3 percent were Black, and the rest were Native American, Asian or other. After the change, the makeup was 80 percent white, 9.5 percent Hispanic, 3.1 percent Black and a slightly larger share for other racial and ethnic groups.

But the report found that the changes in the racial makeup of the headquarters staff was much more significant.

Black employees made up more than 21 percent of the staff at the Bureau of Land Management headquarters — perhaps reflecting the population of Washington, D.C., which is about 45 percent Black, according to the 2019 census. After the move to Colorado, the racial makeup was different, the report said.

“By January 2021, after the relocation was completed, the number of Black or African American headquarters staff decreased by more than half, making up 12 percent of total headquarters staff,” the report said.

The authors urged the Bureau of Land Management to more closely track vacancies throughout its work force to allow them to better understand the effects of decisions by its leadership.

They also recommended that the agency’s senior officials create a strategic plan to guide them on future changes to its personnel.

Bureau officials said in response to the report that they intended to make those changes.

She added that the agency was “currently in the process of developing a process for bureauwide strategic work force planning.”