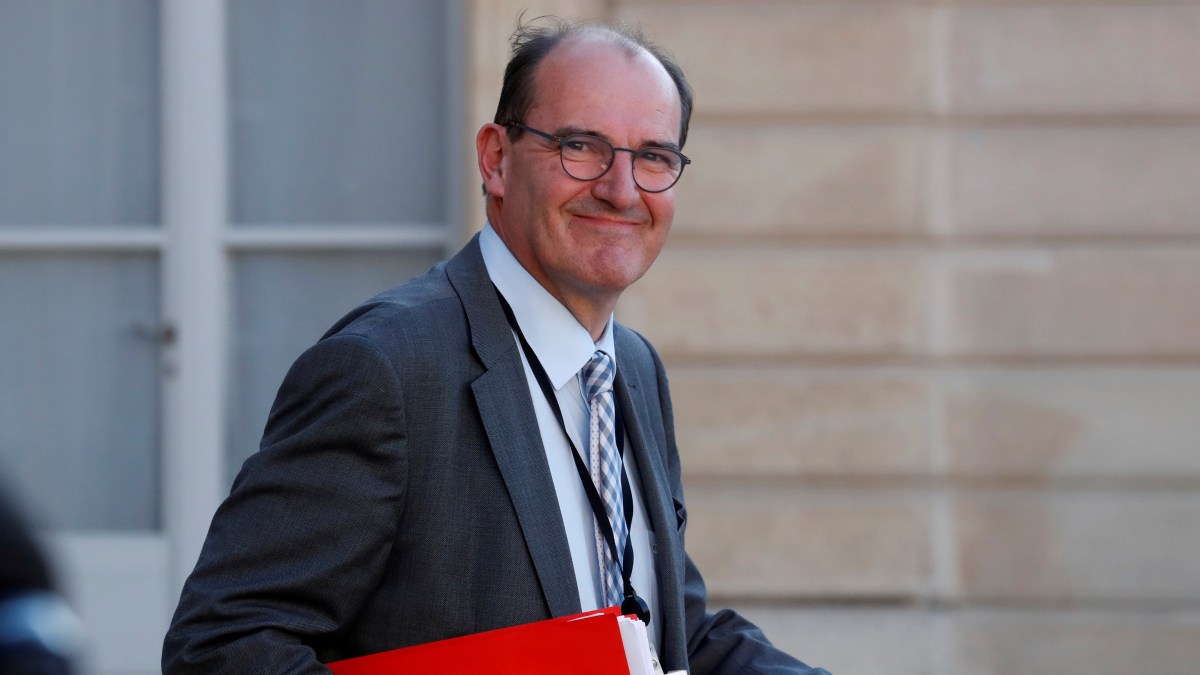 The new French prime minister appointed Friday said he feels ready to face the key challenge of reviving France’s economy following the damage caused by the coronavirus pandemic and a two-month nationwide lockdown.

The relatively low-profile Jean Castex, who coordinated France’s virus reopening strategy, replaces Edouard Philippe, who resigned earlier in the day as French President Emmanuel Macron reshuffles the government to shift its focus for the remaining two years of his term.

Macron, who says he wants a “new path” for the remainder of his first presidential term, chose in Castex a new face to address social and economic issues amid France’s recovery. The 42-year-old centrist president has not said yet whether he plans to seek reelection in 2022.

Largely unknown to the French public, Castex, 55, is a career public servant who has worked with multiple governments but never as a minister. France’s gradual reopening since May 11, a task the new prime minister oversaw, has been seen as generally successful so far.

Castex’s most recent mission consisted of coordinating efforts to lift lockdown restrictions while keeping the virus under control, from reopening schools to making face masks mandatory on public transportation.

His appointment as prime minister does not require parliamentary approval.

“The health crisis is unfortunately not over … and the economic and social crisis is already there,” Castex said during the handover ceremony putting him in office.

Earlier in the day, Castex acknowledged in a written statement “the immense task ahead.”

A conservative, Castex began a local political career in 2008 in the small town of Prades in southern France, where he was reelected as mayor in March with backing from The Republicans party. He also held elected office in the Pyrenees-Orientales region, near the Spanish border.

He notably worked as deputy secretary-general at the presidency under former President Nicolas Sarkozy in 2011-2012. He had previous jobs at the Health Ministry and Labor Ministry.

He’s been a coordinator of government planning for the Olympic Games since 2017, along with other major sporting events.

Castex is also considered an expert in social affairs and health policies, two topics that will be on top of the agenda in the coming months.

He is a graduate of France’s elite Ecole Nationale d’Administration, the training ground also attended by Macron and many previous French presidents. Castex also studied law and political science, according to his biography on the Prades town website.

Many government members are expected to be replaced in the forthcoming reshuffle.

Macron seeks balance between ministers coming from the right and from the left as well as centrist allies and people from the private sector.

The reshuffle comes days after a green wave swept over France in local elections. Macron saw his young centrist party defeated in France’s biggest cities and failing to plant local roots across the country.

The changes were planned even before Sunday’s voting, as Macron’s government faced obstacles and criticism before and during the virus crisis.

As the pandemic was peaking in the country in March and April, authorities came under fire for the lack of masks, tests and medical equipment.

Before that, Macron’s pro-business policies, widely seen as favoring the wealthier, had been hampered by the yellow vest economic movement against perceived social injustice. This winter, weeks of strikes and street demonstrations against a planned pension overhaul disrupted the country.

Macron’s popularity rate, which plunged to a record low when the yellow vest movement emerged, is now hovering around 39% on average, according to French polls institutes. This is about 7 points higher than before the virus crisis.

Macron’s efforts to boost job creation have been swept away by the economic and social consequences of the country’s lockdown.

The government issued a 460 billion-euro emergency package through a state-funded partial activity scheme, tax cuts and other financial aids for businesses, and Macron needs to adapt his policies as France’s economy is expected to shrink by 11% this year.

The unemployment rate that fell from 9.2% at the beginning of Macron’s term in 2017 to 7.6% earlier this year — its lowest level since 2008 — is now expected to increase steadily.

“Our first priority will be to rebuild an economy that is strong, ecological, sovereign and united,” Macron said in a televised address to the nation on June 14.

He ruled out any tax rise and instead said “working and producing more” is the response amid bankruptcies and layoffs caused by the crisis.

He put an emphasis on creating new jobs with climate-oriented policies including renovation of old buildings and greener transport and industries.

Philippe, 49, is expected to become the mayor of his hometown of Le Havre, in western France, after he won a large victory in Sunday’s voting.

A conservative, former member of The Republicans’ party, he had joined Macron’s government in May 2017.

He had seen his popularity sharply increase in recent weeks, according to French poll institutes that show many French consider he did good job in gradually easing virus-related restrictions in the country and enforcing an emergency package to support the French economy.