By NBCWashington Staff and The Associated Press •


Published 2 hours ago •
Updated 9 mins ago


Republican Glenn Youngkin has won the race for Virginia governor, NBC News projects, defeating Terry McAuliffe in a race that’s been watched around the nation as a bellwether for the 2022 midterm elections.

The win is a major political turnabout in a state that had been trending increasingly blue. Republicans had not won a statewide race since 2009 when Bob McDonnell was elected governor.

“Together we will change the trajectory of this commonwealth,” Youngkin said at campaign headquarters early Wednesday morning. “And friends, we are going to start that transformation on day one. There is no time to waste. Our kids can’t wait. We work in real people time, not government time.” 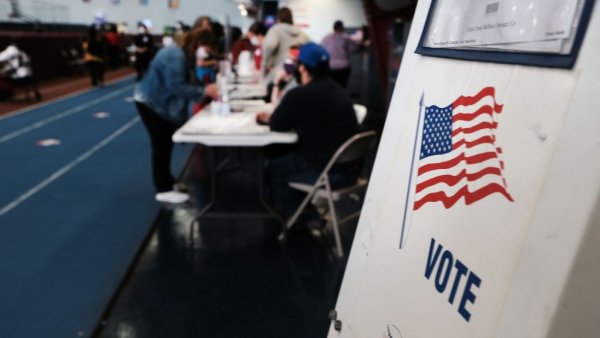 
Right to Eat, Worship Among Measures Weighed by US Voters 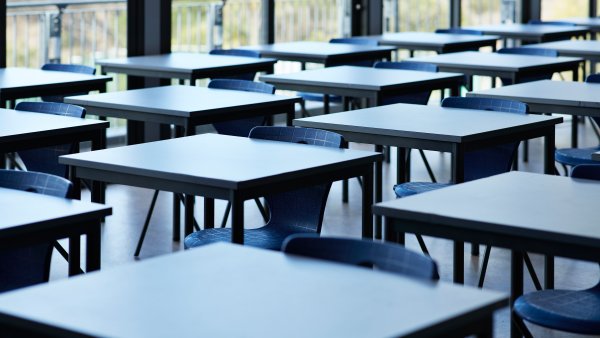 
EXPLAINER: So Much Buzz, But What Is Critical Race Theory?

Democratic Attorney General Mark Herring was seeking a third term in a contest against Republican Jason Miyares, a delegate from Virginia Beach.

More than 1.1 million votes were cast early in Virginia in the 2021 race, according to the Virginia Public Access Project.

In Fairfax County, there were still about 20,000 votes to be added to a batch of early vote totals as of about 9:30 p.m. Tuesday. Thumb drives that record the votes malfunctioned in voting machines used at four early voting sites — the county government center, Springfield, Tysons and Mt. Vernon. Paper ballots from those machines needed to be rescanned.

More than 130,000 early in-person votes were reported before 8 p.m., a county spokesman said.

Dean Sam Fulwood discusses how both parties could move forward following Republic Glenn Youngkin’s strong showing after mobilizing both Trump-supporting republicans and moderates with a focus on culture wars.

Absentee ballots will be accepted until noon Friday if they were postmarked by Tuesday.

Barely 12 months after President Joe Biden captured the state by 10 points, the governor’s race was supposed to be a comfortable win for Democrats. Instead, McAuliffe, a prominent figure in Democratic politics and a former Virginia governor, got locked in a tight race with former business executive Youngkin as he tried to reclaim the post.

McAuliffe’s campaign noted he ran in a tough environment for any Democrat, as Biden’s approval numbers have slouched amid a stalemate over his economic agenda in Congress, his pullout from Afghanistan, rising inflation and the persistence of the coronavirus.

Terry McAuliffe, the Democratic candidate for Virginia governor, thanked supporters and called for the vote count to continue in late-night remarks to supporters.

The bruising campaign centered on issues including Youngkin’s ties to former President Donald Trump, the future of abortion rights and culture war battles over schools.

During his campaign, Youngkin avoided being seen with Trump and other national GOP leaders.

Voting proceeded largely without incident across Virginia Tuesday. McAuliffe and Youngkin were mostly out of sight ahead of election night parties planned in the critical Northern Virginia suburbs that each campaign was counting on.

Education, abortion and climate change were issues dominating the election for some voters News4 spoke with in Fairfax County Tuesday afternoon.

“I’m very concerned about reproductive rights, especially with things that are in the docket for the Supreme Court to decide on … and what’s going on in Texas. I wouldn’t want to see something like that happen in Virginia,” said one woman voting for McAuliffe.

“I’m looking for parents’ rights and freedoms with the children so that they can have
the input that they need to make sure the children are raised the way they want them to be,” a woman supporting Youngkin said.

“If we are not focused on climate change now, when we have the ability to change things, then it’s going to be too late,” McAuliffe supporter Christopher Weir said.

Another voter said the Democratic control of the General Assembly is what motivated his vote.

“I just think that we need to remain a conservative state, to be honest, and I don’t like the way that the liberals are changing this country,” Youngkin supporter John Amatetti said.

The majority of voters News4 spoke with at a polling place in Chantilly said education was their primary reasoning for coming out to vote.

One woman said Republicans have made too big of a case about critical race theory, which isn’t taught in Virginia schools.

“It’s just been a turbulent couple of years anyway. Emotions are high. people want to get their voices out there, and they’re going to do it however they can,” one voter said.

In Norfolk, 29-year-old Cassandra Ogren told the Associated Press she voted for McAuliffe in part because of his support for abortion rights and her concern about restrictions recently enacted in Texas, where a new law mostly bans the procedure. But she was also motivated by Youngkin’s ties to Trump.

“Anyone endorsed by President Trump is not someone I want representing me,” Ogren said.

With school issues being important to many voters, Youngkin pledged to ensure parents have greater say in what their kids are taught was a centerpiece of his campaign — possibly foreshadowing similar arguments GOP candidates will use across the country next year.

Youngkin has decried school efforts to teach about institutional racism in society. That push intensified after McAuliffe said during a debate that “I don’t think parents should be telling schools what they should teach.”

Bennett White, 24, a Youngkin voter in Norfolk, said he didn’t want “our next generation of leaders to be looking at their peers in the lens of race.”

“I just want to make sure that my mom is safe in the classroom,” said White whose mother is a teacher, “and that her ideals and everyone’s ideals are protected, and we’re not turning into brainwashing academies.”

Education issues were at the top of many minds as voters came to cast their ballots. News4’s Drew Wilder reports.

But McAuliffe won the governorship in 2013, a year after Obama was reelected, marking the only time the state has picked a governor from the sitting president’s party since 1976.

Virginia does not allow governors to serve consecutive terms. Only two governors since 1830 have been elected to additional terms: William Smith in 1846 and 1864 and Mills Godwin in 1966 and 1974.

The election results are not official until the Board of Elections meets to certify them Nov. 15.

See the complete Virginia election results from the Department of Elections here.