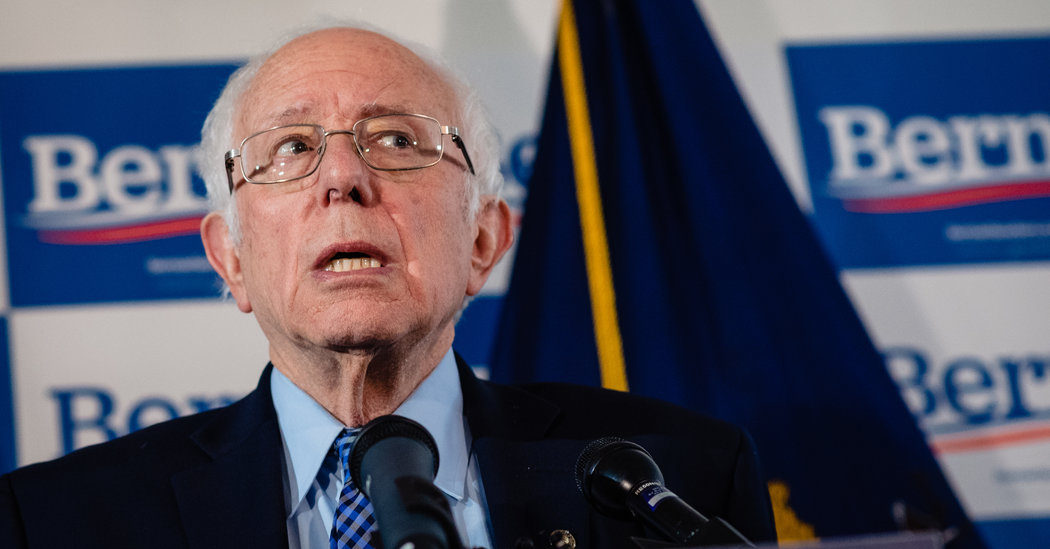 A crusading Bernie Sanders now faces off again against a more mainstream candidate, one with flaws that give many voters pause. This time, it’s Joe Biden.

Sure, Elizabeth Warren is still in the race for the Democratic nomination, but her chances of prevailing have evaporated. And, I must say here, I believe that part of the explanation for that boils down to sexism. I am baffled by her failure to attract more of a following. People will count errors by her campaign, but all candidates make errors. There is something more afoot in people’s relationship with Warren, something that they may not be willing to admit to themselves, something that they may not even be conscious of.

And, of course, there is Tulsi. That’s enough words on that suspect candidacy.

But with candidates withdrawing from the race and endorsing Biden, and with Biden’s surprisingly strong showing on Super Tuesday, it is clear that this is now a two-person race — two men, two elderly men, two elderly white men.

Democratic voters have decided that what an old white man — Donald Trump — broke, only an old white man — Sanders or Biden — can fix. That is a shocking outcome because the Democrats started with a historically diverse field of candidates.

Once again, there are questions about whether unity can be achieved once the fighting ends and a nominee is selected.

Will “Vote Blue No Matter Who” have currency if the nominee must be chosen at the convention or if Sanders’s supporters again believe that the “establishment” has conspired against him to unfairly thwart him? Revolutionaries are by their nature not accommodationists.

According to exit polls, there was a clear preference among Southern Democratic primary voters to return to Barack Obama-era policies. Only in two Northeastern states — Sanders’s home state, Vermont, and nearby Maine — was there a strong preference for more liberal policies than the ones Obama had. In the rest of the states where the question was asked, there was a roughly even split between voters wanting Obama-era policies and those wanting more liberal policies.

There are many ways to consider these splits.

Some will attempt to write off the Southern voters because so many live in states that haven’t voted for the Democratic nominee for president in a generation.

Some will say the Northeast is not representative of the country because the three states that voted there on Tuesday are so white and so small. There are more people in Chicago than in Vermont and Maine combined. And Maine is the whitest state in America. The second whitest? Vermont.

Maybe one could argue that we just need to focus on what voters in swing states want. But Ohio, Florida, Michigan, Pennsylvania and Wisconsin haven’t voted yet. Only Virginia has, and 47 percent of Democratic primary voters there wanted to return to Obama-era policies as opposed to 28 percent who wanted more liberal policies.

I simply don’t see evidence that supports the theory that most Americans are clamoring for revolutionary change that moves the United States closer in line with the norms of other developed countries. There doesn’t even appear to be that clamoring by most Democratic voters.

That’s not a judgment, but rather a fact.

I believe that in theory, liberals, no matter how moderate they may be, should include affordable health care, less student debt, more level taxation and a more aggressive climate plan among their noble, widely agreed-upon goals.

The only question is one of pacing: Does one demand immediacy, or is one satisfied with gradualism? This construct puts progressivism at odds with practicality. Or, more precisely, practicality becomes a self-imposed constraint on progressivism.

And there is a more fundamental cleavage between what Democrats think can be done considering that those things would have to make their way through Congress, and what should be done, if there were no congressional impediment.

Almost all of the boldest proposals I’ve heard from Democrats this season would fail to make it through a Congress that looked even remotely like the one we have now. That is a strong argument for encouraging massive turnout to change Congress, but that will be a high hill to climb.

And the improbability of congressional passage doesn’t prevent anyone from supporting these plans on principle, as I do. But, for many voters, being a realist is more important than being a dreamer.

Even if Congress weren’t a hurdle, there is still the worry that the government is too incompetent and inefficient to undertake multiple structural changes at once. I, too, worry about how much the government would get wrong before it got it right in this regard.

In the end, I believe that voters are coalescing around an idea: While they admire the revolutionaries, they are more comfortable with slow and steady progress. Only history will be able to judge the merits of this approach.