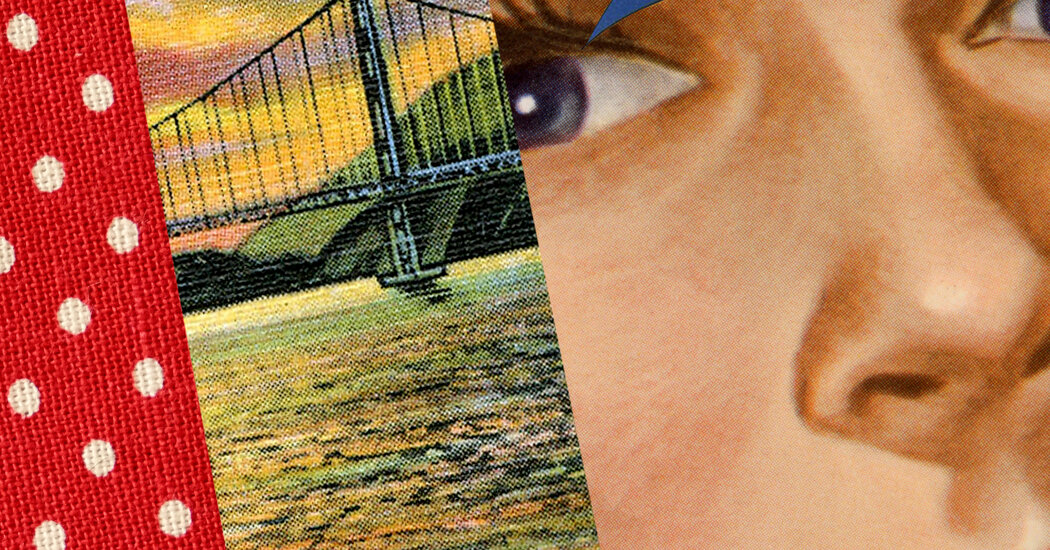 The men and women who went to work and war during World War II were backed by a care economy. We need one too.

I have spent the past two weeks reading about the infrastructure debate with mounting rage. When a reporter asked me recently why I felt so strongly, I sputtered, groping for the words. Ultimately, however, the answer is simple. Insisting that there is actually a fixed definition of what infrastructure is — bridges, but not baby care — perfectly encapsulates the ways in which the world is still shaped by men. Not just conservative men, but men across the political spectrum. Men today, that is: Three-quarters of a century ago, the Greatest Generation recognized that both forms of infrastructure were essential to the war effort.

But that idea is foreign to Republicans who are framing their fight against the Biden infrastructure plan in terms of what some call “real infrastructure” — roads, bridges, ports and airports — versus what has been dubbed “liberal social programs,” including supporting home-based and community care. This is a view shared by many men on the center and the left who would otherwise support care provisions as a matter of social policy. As Jordan Weissman, a Slate business reporter, blithely tweeted: “We don’t have to pretend that every good thing is ‘infrastructure.’”

This is not a matter of semantics. Infrastructure “of a country, society, or organization,” according to the Collins Dictionary, “consists of the basic facilities … which enable it to function.” I’ve inserted an ellipsis in place of the clause “such as transportation, communications, power supplies, and buildings.” That is the hard physical infrastructure that seemingly everyone agrees is what infrastructure “really” means.

But let’s take at face value that infrastructure are those facilities that are essential for everyone to do their jobs. It makes sense that men with wives at home to take on the 16-hour-a-day care responsibilities involved in raising children, supporting aged parents or otherwise tending to the sick, those with disabilities and the vulnerable would need roads and bridges to grease the wheels of commerce and allow them access to their desks and deals. But let’s imagine — it’s not that hard — a scenario in which those same men didn’t have wives at home and yet still wanted to have children, or to ensure that their own parents received love and support in their final years. In that case, they, too, might just find that care facilities were themselves just as “essential” to their ability to do paid work.

That is exactly what the men in Congress concluded when the government was actively recruiting women into factories to produce the equipment and weapons needed to fight World War II. In 1941, they passed the Defense Public Works law of 1941 (known as the Lanham Act) to provide for the building of infrastructure like water and sewer treatment, housing and schools, all of which were recognized as necessary supports to the war effort. Two years later, Congress relied on this authorization to allocate $52 million (about $800 million today) to build over 3,000 federally subsidized day care centers.

That is even what the federal government concluded just last year, under the Trump administration. The Cybersecurity and Infrastructure Security Agency issued guidance on who should be considered “essential critical infrastructure workers.” It included child care workers of many kinds and “human services providers” bringing things like food and personal care to “older adults, people with disabilities, and others with chronic health conditions.” Sounds like care to me.

And do we really need to consult the statute books? Many Americans who have been fortunate enough to work from home but who also have care responsibilities have now spent over a year with children unable to attend school or day care full-time. In January 2021, according to the Census Bureau, some 1.6 million fewer mothers living with school-age children were actively working compared with a year before. Some 705,000 of those moms had “given up on work outside the home entirely.” To be sure, some of this job loss was due to the pandemic-related closing of service and hospitality jobs, but a study from August found that one in three women of childbearing age cited child care as the reason for leaving their jobs. Roughly one-third of essential workers have a child at home; when schools and day care closed, they often had to choose between their children and their jobs. And tens of thousands of our parents and grandparents died alone in institutions when they would rather have had home-based care.

The value and visibility of care goes far beyond the definition of infrastructure. It is the central question of 21st-century feminism, and one far too long ignored or downplayed not only by men but also by many prominent women, particularly wealthy white women who have been able to leverage the privilege of race and class. Care feminism has long taken a back seat to career feminism. Advocating for child or elder care may be less glamorous and newsworthy than breaking glass ceilings to become the first woman in a role traditionally reserved for a man, but both are necessary if we are ever to achieve true gender equality.

Today, we have the chance to see care work as the essential work that it is, the work that makes other work possible, the work that develops young brains and determines the extent to which our children will be able to learn and live up to their potential for the rest of their lives, the work that determines who we really are as a society when it comes to the frail and vulnerable among us. It is work we all hope will be performed as well as possible when our turn comes to depend on caregivers at the end of our lives.

The first step toward that world, as the labor and care activist Ai-jen Poo has long argued, and as feminist economists like Nancy Folbre, Candace Howes and Carrie Leana have been outlining for decades, is an “infrastructure of care.” One of those economists is Heather Boushey, now a member of President Biden’s Council of Economic Advisers. That, presumably, is one reason President Biden is even addressing the question. Another may be more personal: Nearly a half-century ago, he was a single, working father with two young children; within the past decade he saw up close just how much care is needed for family members struck down by cancer or waylaid by addiction. But not everyone in government has such a visceral reminder of what is at stake.

So yes, let’s by all means have an infrastructure debate. But let’s begin by simply asking all Americans, what are the basic facilities necessary to enable our society to function? And then let’s fund the answer.

Anne-Marie Slaughter is chief executive of New America, a think tank focusing on a range of public policy issues.