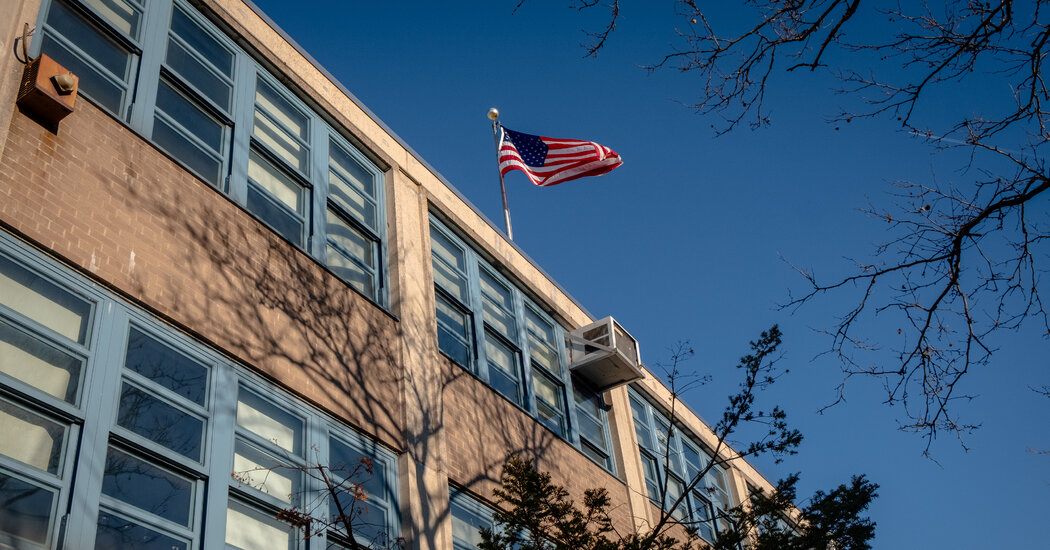 This is a strange moment for racial politics in America. Many liberals regard the Trump era as a turning point akin to Reconstruction or the civil rights era, in which the country is choosing between the entrenchment of white privilege and the possibility of a truly anti-racist future.

Donald Trump himself often seems intent on confirming that analysis. He began his rise to the presidency stoking racial paranoia via birtherism, and he’s trying to hold the presidency by stoking racial paranoia about voting, portraying votes cast in Democratic cities as fraudulent and illegitimate, and litigating against the franchise in ways that would hurt minority voters more than most.

But at the very same time, the pandemic-era policies of many progressive jurisdictions are sabotaging basic civic goods, with anti-Trump zeal as an accelerant and with effects on minority communities that are likely to far outlast the Trump era. This means that for many African-Americans and Hispanics, a key legacy of 2020 may be a well-intentioned liberal betrayal of their interests, a hollowing-out of the institutions that protect and serve them, and the deepening of America’s racial inequalities even if Trumpism goes down to defeat.

The most important part of this sabotage, which is the subject of an essential Alec MacGillis article for The New Yorker and ProPublica, is the failure to reopen public schools in many liberal cities, which is consigning a heavily minority and low-income school-age population to a far-inferior virtual experience or (for many kids) no real education at all.

This failure has many causes — including, yes, the Trump administration’s inability to develop a national strategy for school safety. But in MacGillis’s account it’s clear that anti-Trumpism, and particularly a partisan impulse to resist the White House’s push for reopening, created a permission structure for teachers’ unions that already opposed in-person school to force a continued shutdown.

Without minimizing the real uncertainties around reopening and student health, he suggests that advocates of closure ended up cherry-picking studies to exaggerate the dangers and ignoring the evidence that a reasonably safe reopening was possible — including not only European case studies but more local examples like Baltimore, where MacGillis lives and where in-person summer schooling produced zero new known cases.

The result of this urban shutdown is an autumn in which schools have successfully reopened for much more of white America than minority America: Approximately half of white kids have access to in-person school, compared with just about a quarter of African-American and Hispanic students, according to a recent survey MacGillis cites.

This is definitely bad news for the students themselves: MacGillis notes that losing time in school tends to negatively affect subsequent educational attainment, literacy rates and employment. At the same time, the shutdown threatens to undermine public education more generally, by undercutting parental faith and commitment to the public system and pushing more families into private education (including the varied “pods” and home-school start-ups the coronavirus has encouraged).

In interviews, MacGillis quotes union officials expressing a confidence that after the pandemic, families and their kids will simply come back to public schools. No doubt most will; most parents, after all, don’t have the resources to go elsewhere. But the entire challenge of education and integration in America turns on the challenge of keeping a subset of affluent, engaged parents involved in public education — and not just involved but also willing to send their kids to racially diverse schools that aren’t set up as incubators of privilege.

If this is a big challenge in the best of times — you can listen to a recent Times podcast, “Nice White Parents,” for a specific portrait of that challenge — then it’s hard to imagine a policy more likely to permanently break these parents’ ties with public education than a mass closure of urban schools.

One striking detail in the MacGillis piece is that even though school closures plainly have a disparate impact on minority students, the case for closures is often phrased in the language of anti-racism, with the frequent suggestion that re-openers don’t care about putting minorities at risk. This makes the schools issue the most conspicuous example of a larger pattern, in which the invocation of anti-racism and the reality of racial impacts can sharply diverge.

Part of this pattern reflects the impulse among Trump-era liberals to have no enemies to the left, lest they vindicate the president’s flailing attacks in any way. This is politically understandable, but the consequence has been that various forms of naïveté, utopianism and outright idiocy have hijacked liberal politics, marching under the banner of anti-racism while leading progressive policy astray.

This happened with the push for police reform, which was often diverted from reasonable proposals into unreasonable abolish-the-police fantasies, creating public paralysis in cities like Minneapolis even as public order deteriorated.

It happened with some of the George Floyd protests, which were redirected toward futile insurrectionary violence by a network of mostly white anarchists, whose very existence was hard for liberals to acknowledge even as their depredations did particular damage to minority and immigrant neighborhoods.

And it’s happening within the educational bureaucracy, where there’s a Trump-era vogue for attacks on “whiteness” that often seem to double as attacks on standards, discipline and rigor — with urban schools as the most likely laboratory for whatever educational alternatives the new progressivism dreams up.

How far any of this goes will depend on what happens after — after (as seems quite likely this year) Joe Biden defeats Donald Trump, after we reach the post-pandemic era, after the current sense of wild abnormalcy recedes. But right now, the same anti-Trump progressivism that’s crusading against presidential racism is also presiding over a mix of policy choices and abdications that’s worsening life for racial minorities across multiple dimensions, making their school systems less stable, their streets less safe, their kids less likely to succeed.

I have written previously about the possibility of a center-right politics that appeals successfully to African-Americans and Hispanics, and that might answer some of these liberal failures with a conservative alternative. But that kind of hypothetical feels very far away this week, and it’s mostly irrelevant to the immediate fate of public safety in Minneapolis or Chicago or public education in Baltimore or New York.

What matters there is what happens within liberalism itself. And if 2020 is to be remembered as a turning point for the better in our racial history, liberals need to rediscover the reality that the material interests of racial minorities can indeed have enemies, however well-intentioned, on the left.