Schumer: Senate to Vote on Filibuster Change on Voting Bill

Pointing to the Jan. 6 attack on the Capitol, he says the rules changes are needed to protect democracy


Days before the anniversary of the Jan. 6 attack on the Capitol, Majority Leader Chuck Schumer announced the Senate will vote soon on easing filibuster rules in an effort to advance stalled voting legislation that Democrats say is needed to protect America’s democracy.

In a letter Monday to colleagues, Schumer, D-N.Y., said the Senate “must evolve” and will “debate and consider” the rule changes by Jan. 17, Martin Luther King Jr. Day, as the Democrats seek to overcome Republican opposition to their elections law package.

“Let me be clear: January 6th was a symptom of a broader illness — an effort to delegitimize our election process,” Schumer wrote, “and the Senate must advance systemic democracy reforms to repair our republic or else the events of that day will not be an aberration — they will be the new norm.”

The election and voting rights packagehas been stalled in the evenly split 50-50 Senate, blocked by a Republican-led filibuster with Democrats unable to mount the 60 votes needed to advance it toward passage. 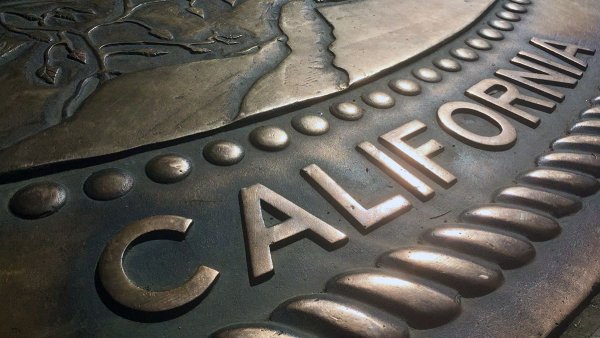 
California Lawmakers Have Some Unfinished Business to Start 2022

So far Democrats have been unable to agree among themselves over potential changes to the Senate rules to reduce the 60-vote hurdle, despite months of private negotiations.

Two holdout Democrats, Sens. Joe Manchin of West Virginia and Kyrsten Sinema of Arizona, have tried to warn their party off changes to the Senate rules, arguing that if and when Republicans take majority control of the chamber they can then use the lower voting threshold to advance bills Democrats strongly oppose.

President Joe Biden has waded only cautiouslyinto the debate — a former longtime senator who largely stands by existing rules but is also under enormous political pressure to break the logjam on the voting legislation.

Trump urged his followers last Jan. 6 to “fight like hell” for his presidency, and a mob stormed the Capitol trying to stop Congress from certifying the state election tallies for Biden. It was the worst domestic attack on a seat of government in U.S. history.

How the Senate filibusterrules would be changed remains under discussion.

It seems certain that a full-scale end of the filibuster is out of reach for Democrats. Changing the rules would need all 50 votes, and Manchin and Sinema have made it clear they are unwilling to go that far.

Senators are wary of a sweeping overhaul after seeing the fallout that came from Democrats ending the filibuster for some judicial and executive branch nominees. Once Republicans took power, Sen. Mitch McConnell, the GOP leader, did away with the filibuster for Supreme Court nominations — ushering three Trump-picked conservative justices to the high court.

But despite their reluctance on major filibuster changes, Manchin and Sinema both support the election legislation. In fact, Manchin helped craft the latest package in an unsuccessful effort to win Republican support. Now the two Democrats’ colleagues are working on ways to change the filibuster so at least this legislation could pass.

Private talks with senators have been underway for weeks and continued during the holiday break.

Ideas include forcing senators to hold the floor, old-fashioned style, rather than simply raise their filibuster objections — a scene that would have echoes of the 1950s and 1960s when Southern segregationists filibustered civil rights legislation.

Other ideas are also being considered, and some Democrats have noted that Sinema has mentioned she is open to hearing the arguments as part of a full debate.

Republicans are so worried Democrats will end the filibuster that McConnell has taken other actions to try to keep Manchin and Sinema close so they don’t join the rest of their party in making any drastic changes.

One Republican, Sen. Mike Lee of Utah, argued on Monday that ending the filibuster would turn the Senate into a “Lord of the Flies”-style institution where majority rules, no matter what.

“It is absurd and dangerous to the institution itself,” said Lee in a statement. He said Schumer and his “disastrous plan” must be stopped.