Sen. Richard Burr, R-N.C., talks with reporters in the Capitol on Jan. 30.

The news comes less than two weeks after ProPublica and the Center for Responsive Politics reported that Burr, a Republican from North Carolina, unloaded between $628,000 and $1.72 million of his holdings on Feb. 13 in 33 separate transactions, a significant portion of his total portfolio. The sales came soon after he offered public assurances that the government was ready to battle the coronavirus.

According to CNN, the FBI has reached out to Burr seeking information about the trades. The inquiry is in its early stages and is being done in coordination with the Securities and Exchange Commission.

Alice Fisher, an attorney advising Burr, declined to confirm the investigation, but she said in a statement to ProPublica that “Senator Burr welcomes a thorough review of the facts in this matter, which will establish that his actions were appropriate.”

“The law is clear that any American — including a Senator — may participate in the stock market based on public information, as Senator Burr did,” she said. “When this issue arose, Senator Burr immediately asked the Senate Ethics Committee to conduct a complete review, and he will cooperate with that review as well as any other appropriate inquiry.” 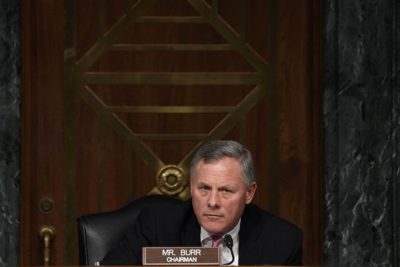 The CNN report suggested that the Justice Department was scrutinizing stock trades made by multiple lawmakers. After the ProPublica story on Burr, various media outlets reported on other senators who also sold stock before the downturn, including a Daily Beast story on GOP Sen. Kelly Loeffler of Georgia and her husband selling between $1.27 million and $3.1 million of stock. They also purchased shares of Citrix, a work-from-home software company.

Loeffler has said the trades were made without her knowledge by a third-party financial adviser. A Loeffler spokesperson told CNN that Loeffler has not been contacted by the FBI.

Burr has defended his sell-off, saying he relied solely on public information to inform his trades, including CNBC reports, and did not rely on information he obtained as chair of the Senate Intelligence Committee.

His stock sales drew widespread outrage, resulting in calls for his resignation from prominent Republicans and Democrats. Three House Democrats have introduced legislation to bar lawmakers from trading individual stocks.