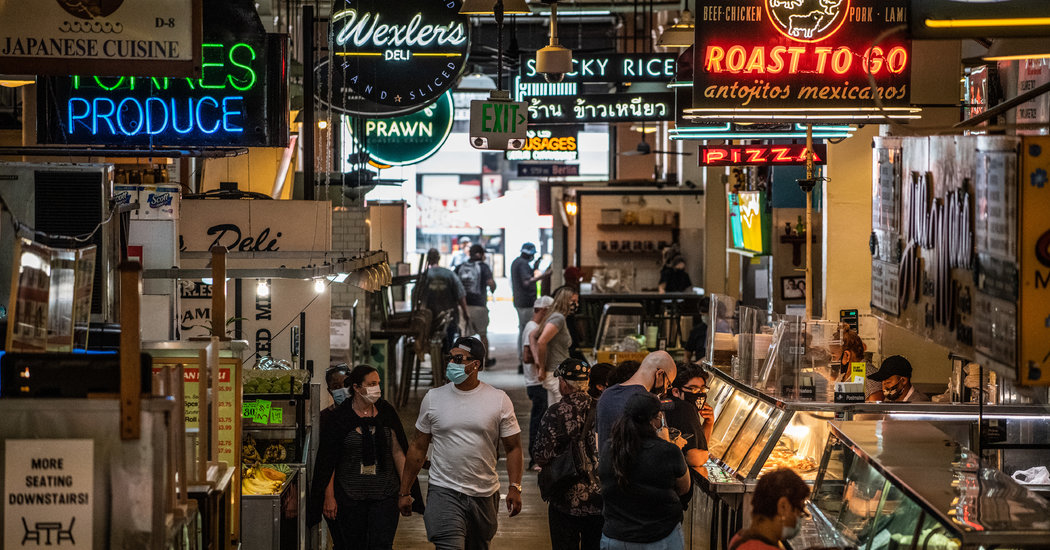 Less than four hours before the Paycheck Protection Program was scheduled to end with more than $130 billion in loan money unspent, the Senate approved extending the application period until Aug. 8.

The legislation now heads to the House, which had finished voting before the bill cleared the Senate, and will require President Trump’s signature for the program to continue. Members of both chambers are expected to leave Washington for the Fourth of July and are not set to fully return for two weeks.

“The resources are there,” said Senator Benjamin L. Cardin, Democrat of Maryland and one of the architects of the program, which offers low-interest loans to help small businesses maintain their payrolls. “The need is there. We just need to change the date.”

The unexpected approval of the extension, which required agreement from all 100 senators, came as lawmakers began to debate the contours of another coronavirus relief package. With multiple parts of the $2.2 trillion stimulus law set to expire at the end of July and new outbreaks forcing many states to slow efforts to reopen their economies, lawmakers widely recognize that another measure will be necessary.

“I came here thinking that we would not be able to get agreement,” said Senator Jeanne Shaheen, Democrat of New Hampshire, who joined Senator Susan Collins, Republican of Maine, and other senators involved in the program’s creation on the Senate floor on Tuesday evening.

Of the initiatives created by the stimulus law, the Paycheck Protection Program has emerged as a bipartisan centerpiece despite a chaotic start. Facing a deluge of requests for assistance, the program ran out of money, and Congress moved in April to inject an additional $320 billion into it. Already, the program, administered by the Small Business Administration, has allocated $520 billion in loans to nearly five million businesses nationwide.

Steven Mnuchin, the Treasury secretary, told lawmakers on Tuesday that he had been discussing the possibility of repurposing the funds left in the program, “extending it to businesses that are most hard hit, that had a requirement that their revenues have dropped significantly, things like restaurants and hotels and others where it is critical they get people back to work.”

The bipartisan group of lawmakers who helped draft the program have already started debating how to address it in future legislation. Senator Rick Scott, Republican of Florida, raised the prospect on Tuesday of requiring any new loans to be directed only toward businesses whose revenues have fallen, though he approved passage of the extension without that concern being addressed.

“Obviously, we’ll have to be more targeted at truly small businesses and, in addition to that, I’m also developing a program to provide financing for businesses in underserved communities or opportunity zones and other ZIP codes that would fall in that category,” Senator Marco Rubio, Republican of Florida and the chairman of the Small Business Committee, said before the extension on Tuesday.

“We’re talking to the White House about it,” he added. “They’ve expressed to us that they have no intent of repurposing that money for something else, but our hope is that we can use that as the sort of foundation for building a second round of assistance in a more targeted way.”