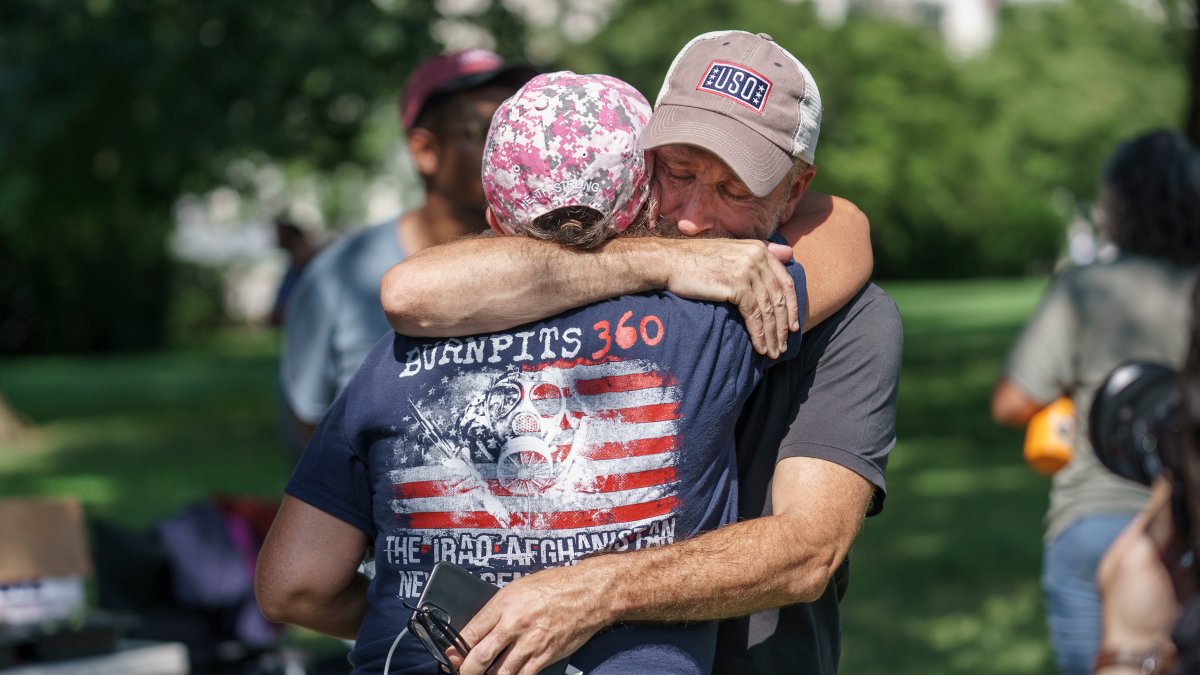 The 86-11 vote came after Republicans agreed to lift their blockade of the popular bill, caving to pressure from more than 60 veterans groups — and comedian Jon Stewart — who had railed against Republicans for days outside the Capitol.

Many of the veterans who had camped on the Senate steps, braving heat, humidity and thunderstorms, watched the vote from the gallery in the Senate chamber. The bill has already cleared the House and now heads to President Joe Biden’s desk for his signature.

Entertainer and activist Jon Stewart ripped the 41 Republican senators who voted against the PACT Act, blocking a bill that would provide resources for veterans exposed to toxic burn pits. “Cowards, all of them.”