Congress sent President Joe Biden a $768.2 billion defense bill on Wednesday that makes landmark changes to the way the military handles sexual assaults, keeps women out of the draft and lays the groundwork for a new war memorial on the National Mall.

The annual bill, which has passed both the House and Senate every year for decades without fail, nevertheless was delayed in the Senate by various disputes, including a separate effort to halt goods produced by forced Uyghur labor in China from entering the U.S. That measure also is now headed toward final approval and Biden’s desk.

The legislation includes a 2.7% pay raise for both military servicemembers and the civilian Defense Department workforce, and authorizes $75.3 million for the operation of the Armed Forces Retirement Home. It also authorizes $9.9 billion for defense needs outside the bill’s traditional jurisdiction, bringing the overall price tag to $777 billion. 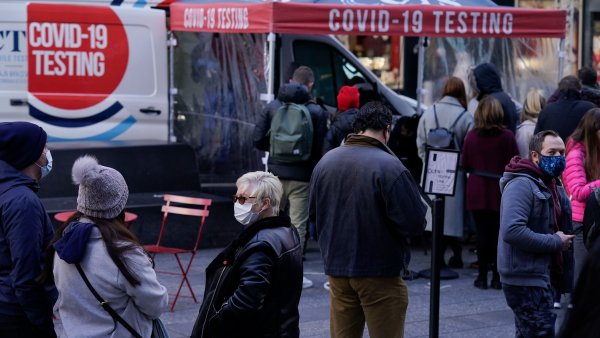 
US Faces a Double Coronavirus Surge as Omicron Advances 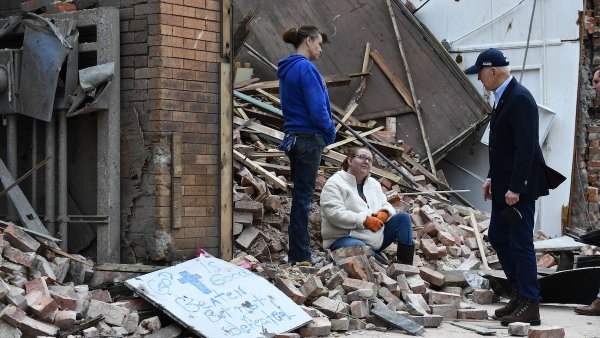 
Biden Pledges ‘Whatever It Takes’ to Assist Tornado Victims

The new war memorial would honor those who served in the Global War on Terrorism, launched in response to the Sept. 11, 2001, attacks on the U.S.

The Democratic chairman and ranking Republican on the Senate Armed Services Committee, Sen. Jack Reed of Rhode Island and Sen. James Inhofe of Oklahoma, issued a joint statement praising passage, a rare moment of comity in the divided Congress.

“This bill sends a clear message to our allies — that the United States remains a reliable, credible partner — and to our adversaries — that the U.S. military is prepared and fully able to defend our interests around the world,” Inhofe said.

Reed said the nation faces “an enormous range of security challenges, and it is more important than ever that we provide our military men and women with the support they need to keep Americans safe.”

Those senators voting against the bill Wednesday included six Democrats, three Republicans and one independent.

Among the Democratic no votes was New York Sen. Kirsten Gillibrand, who has been pressing for further changes to the way the military deals with sexual assault allegations, only to see her amendment stripped from the final bill.

Efforts to change the military’s prosecution of rape and other sexual assaults have been building for years, alongside the rise in reported cases, including a 13% jump in 2018 and a 3% increase in 2019, according to Defense Department records.

Under the revisions spelled out in the defense bill, the military will take some authority for prosecuting sexual assault cases out of the hands of commanders and instead use independent prosecutors.

Gillibrand wanted the cases fully removed from the chain of the command, and she has called the final changes to the bill and omission of her amendment a “disservice to our service members and our democracy.”

Senators from both parties have described the wide-ranging challenges facing the nation, including the troubling withdrawal of U.S. forces from Afghanistan and ongoing competition with China, as well as the need to shore up alliances with allies around the globe.

Additional funds were authorized for a Ukraine security initiative, according to Sens. Rob Portman, R-Ohio, and Sen. Jeanne Shaheen, D-N.H. They said at least $75 million would be available for lethal assistance as the Ukrainian government faces Russian aggression.

The final product also scrapped a provision to have women register for the draft, which was opposed by many conservative Republican lawmakers.

Inhofe noted that the legislation also “prevents service members from being dishonorably discharged for refusing the coronavirus vaccine — in the nick of time too,” referring tothe first discharges this week.

The defense bill also begins to lay out plans for the new Global War on Terror Memorial, which would be the latest addition to the National Mall. The legislation proposes three potential sites for the memorial.