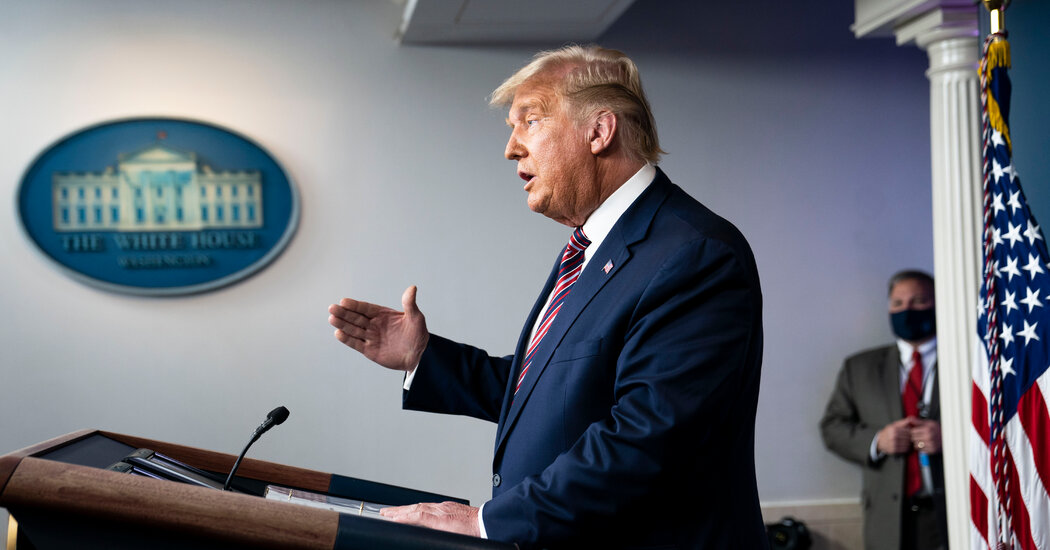 A senior finance executive at Donald J. Trump’s family business has testified before a state grand jury in Manhattan as prosecutors ramp up their investigation of Mr. Trump and his company, according to people with knowledge of the matter.

The executive, Jeffrey McConney, has long served as the Trump Organization’s controller, making him one of a handful of high-ranking executives to oversee the company’s finances.

The testimony comes as the prosecutors have trained their focus on one of Mr. McConney’s colleagues, Allen H. Weisselberg, the Trump Organization’s long-serving chief financial officer. The prosecutors, who are working for the Manhattan district attorney, Cyrus R. Vance Jr., have examined the extent to which Mr. Trump handed out valuable benefits to Mr. Weisselberg’s family and whether taxes were paid on those perks, The New York Times has reported.

Mr. Vance’s office has mounted an aggressive effort to gain Mr. Weisselberg’s cooperation against Mr. Trump and the Trump Organization, people with knowledge of that effort have said. When seeking to turn an insider into a cooperating witness, prosecutors often seek leverage over the person, including any evidence of past wrongdoing, and then typically offer leniency in exchange for testimony or assistance.

The decision to subpoena Mr. McConney, who has worked at the company for nearly 35 years, suggests that the examination of Mr. Weisselberg’s conduct has reached a new phase, with the grand jury hearing evidence about him.

Under state law, witnesses such as Mr. McConney who appear before the grand jury are granted immunity on the subject of their testimony. They cannot exercise their Fifth Amendment right to refuse to answer questions on the grounds that they might incriminate themselves. (If they lie, they still can be prosecuted for perjury.)

A lawyer for Mr. McConney could not be reached for comment. Mary E. Mulligan, a lawyer for Mr. Weisselberg, declined to comment, as did the Trump Organization.

ABC News first reported that Mr. McConney had testified before the grand jury. Other witnesses have also been also been called to testify in recent days.

Mr. Vance’s office recently convened a special grand jury to hear evidence about Mr. Trump, Mr. Weisselberg and the Trump Organization, according to a person with knowledge of the matter. While Mr. Vance’s office was already using grand juries to issue subpoenas, obtain documents and hear some testimony, the new grand jury is expected to hear from a range of witnesses in the coming months and could eventually vote on an indictment.

There is, however, no indication that the investigation has reached such an advanced stage or that prosecutors have decided to seek charges against Mr. Trump or his company.

Mr. Trump, a Republican, has argued that the investigation is a politically motivated fishing expedition. A spokesman for Mr. Vance, a Democrat, declined to comment.

The investigation into Mr. Weisselberg centers on the valuable benefits that Mr. Trump provided him and his family over the years, including tens of thousands of dollars in private school tuition for at least one of Mr. Weisselberg’s grandchildren, free apartments and leased cars, The Times has reported.

In general, those types of benefits are taxable — although there are some exceptions — and the prosecutors appear to be scrutinizing whether Mr. Weisselberg failed to pay those taxes.

More broadly, the investigation into the Trump Organization has focused on whether Mr. Trump and the company manipulated property values to obtain certain loans and tax benefits, among other potential financial crimes.

Earlier in the investigation, the prosecutors had focused on hush money payments made during the 2016 presidential campaign to two women who said they had affairs with Mr. Trump.

Mr. McConney’s name surfaced in those early stages in a subpoena issued to the Trump Organization in August 2019. The prosecutors, seeking records related to the investigation into the hush money records, sought documents and communications involving a number of people, including Mr. McConney, Mr. Weisselberg and other Trump Organization employees.

Mr. McConney, 66, graduated from Baruch College in 1978 after studying accounting and finance, and joined the Trump Organization about a decade later.

He kept a low profile for years even as he rose to become the company’s controller and a senior vice president. But during the 2016 presidential campaign, he appeared in news reports to answer questions about how Mr. Trump’s charitable foundation was raising and spending its money.

Asked in September 2016 to account for why the foundation had donated $25,000 to a campaign group associated with a Florida prosecutor who was reportedly weighing an investigation into Trump University, Mr. McConney told The Washington Post, “That was just a complete mess-up on names. Anything that could go wrong did go wrong.”