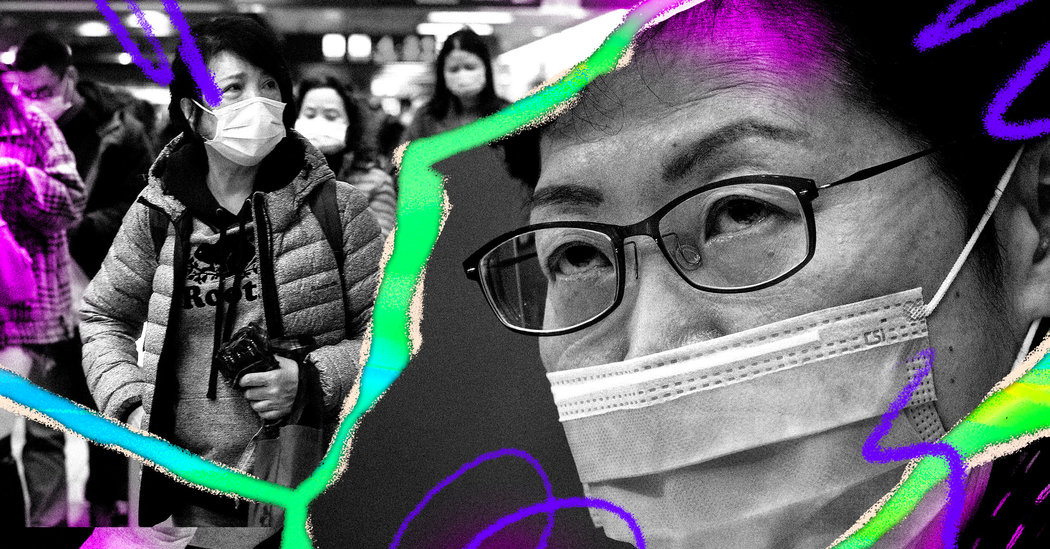 For the third time this century, a new strain of coronavirus, a family of pathogens that cause respiratory illness in birds and mammals, has jumped species and infected humans. Having broken out in the city of Wuhan, the virus, likely spread through coughing and sneezing, has now sickened more than 4,500 people and killed at least 106 in China.

On Monday, The New York Times reported that five people in the United States had tested positive for the illness. But how worried should you really be? Here’s what public health experts and others are saying.

‘A cause for caution — not for alarm’

The outbreak is believed to have started at a wholesale market in Wuhan, where vendors legally sold live animals, including wildlife, in close quarters, sparking debate about China’s game trade. “This is where you get new and emerging diseases that the human population has never seen before,” said Kevin J. Olival, a biologist and vice president of research with EcoHealth Alliance, a nonprofit research organization.

In response to the contagion, China — still carrying the memory of SARS, the century’s first coronavirus to make the leap to humans, which killed nearly 800 people — has temporarily banned the sale of wild animals and effectively placed more than 35 million people on lockdown, blocking expressways and canceling all flights and trains out of the region.

[Related: Are the Quarantines Ethical and Effective?]

It’s the largest quarantine in history, but it’s unlikely to contain the virus, writes Howard Markel, a professor of the history of medicine at the University of Michigan.

“I think that our first concern can rightly be the people in China,” the Columbia University epidemiologist Simon Anthony told Slate.

But many experts say people in the United States shouldn’t panic. The virus is thought to be less lethal than both SARS and MERS, the last zoonotic coronavirus to infect humans, in 2012. And the vast majority of confirmed cases remain in mainland China, as Catherine Kim reported at Vox.

For perspective: The flu kills roughly 35,000 Americans every year. This season, it has already sickened an estimated 15 million Americans and killed 8,200, according to C.D.C. estimates.

“If Americans aren’t afraid of the flu, perhaps that’s because they are inured to yearly warnings,” Ms. Sabo writes. “For them, the flu is old news. Yet viruses named after foreign places — such as Ebola, Zika and Wuhan — inspire terror.”

The Beaverton, a satirical publication, summed up matters thusly:

‘We don’t know how bad it will get’

There’s still a good deal we don’t know about the coronavirus. It’s too early to determine exactly how deadly or contagious it is, and as the Times columnist Nicholas Kristof has pointed out, the Chinese government seems to have tried to play down the outbreak, perhaps undercounting the number of infections and deaths. A vaccine will probably not be viable until this summer at the earliest.

[Related: Read the W.H.O.’s travel advice and tips for how to protect yourself]

The United States needs to do more to prepare for an epidemic, writes Dr. Saad B. Omer, the director of the Yale Institute for Global Health. For one thing, he argues, there’s little evidence that President Trump is taking the potential threat from the coronavirus seriously enough. But more broadly, there are clear lessons to heed from the SARS and 2014 Ebola outbreaks:

‘Disease and discrimination are two sides of the same coin’

The first victim of an infectious disease outbreak is often rational decision-making, write Mr. Klain and Ms. Lurie, which tends to open the door to discrimination in forms both malicious and misguided.

There is a troubled history in predominantly white countries of racializing infectious diseases, writes Alan Zheng in The Sydney Morning Herald.

[Related: The coronavirus panic is turning the United Kingdom into a hostile environment for East Asians.]

MORE INFORMATION ON THE CORONAVIRUS AND WHERE IT CAME FROM

“A Running List of Disinformation Spreading About The Coronavirus” [BuzzFeed]

“Wuhan Beyond the Coronavirus: Steel, Cars and Spicy Noodles.” [The New York Times]

“China’s Battle With a Deadly Coronavirus, in Photos.” [The New York Times]

“Is China Setting Itself Up for Another Epidemic?” [The New York Times]

“Wuhan Coronavirus Map: Tracking the Spread of the Outbreak” [The New York Times]

Here’s what readers had to say about the last edition: Donald Trump’s impeachment defense.

Jim from Missouri: “The most significant aspect of Trump’s defense is not the 110-page smokescreen invented by his lawyers. The single most important thing is that they are doing everything in their power to prevent evidence and witnesses from being brought into the proceeding.”

Samuel Moyn, a professor at Yale Law School: “One point of superiority to @nikobowie’s article is that it is historicist in order to be presentist. What matters isn’t what past actors decided to do or thought their text meant, but what the best present reasons are for one or another choice.”

Larence F. Winthrop, a judge on the Arizona Court of Appeals (via email): “I take slight issue with the statement that the concept of ‘executive privilege’ originated in President Eisenhower’s administration. In reality, the issue of executive privilege was first raised in the trial of Marbury v. Madison in the United States Supreme Court in 1803.” (Mark J. Rozell, the author of a book on executive privilege, has written that George Washington laid the conceptual foundation for the power, though the term was not a part of common language until the Eisenhower administration.)