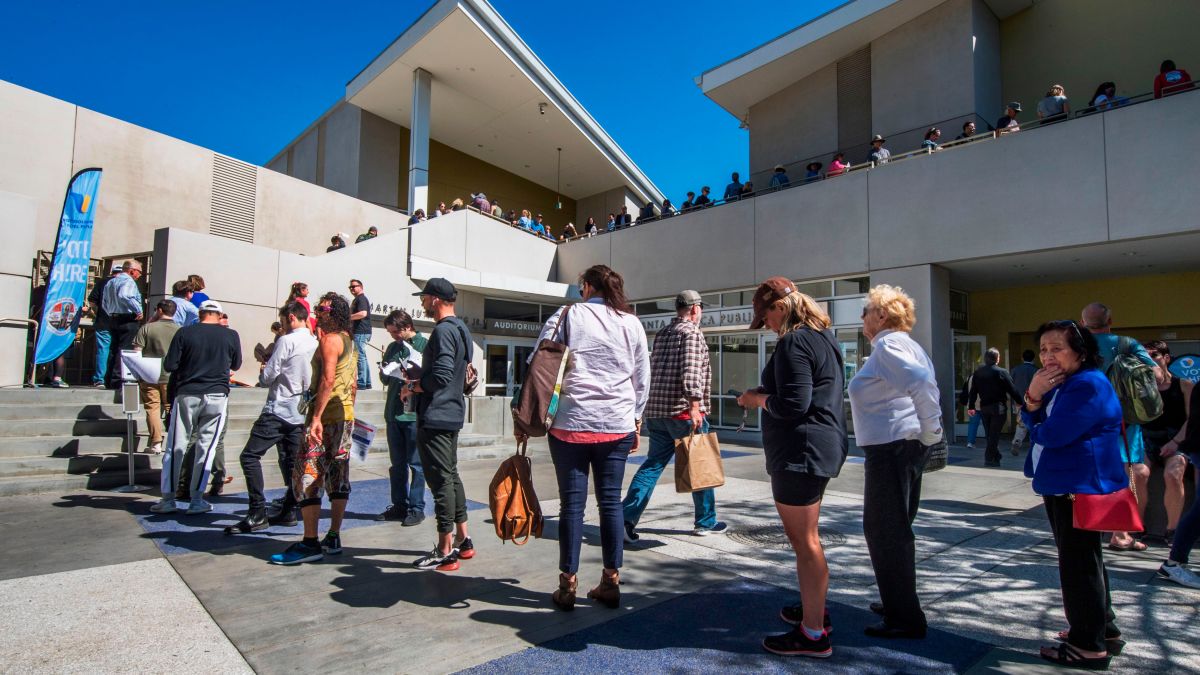 Democrat Christy Smith and Republican Mike Garcia will square off in a May 12 special election runoff to fill out the remainder of Rep. Katie Hill’s term in the 25th Congressional District, and they’ll meet again in a November runoff for the right to fill the seat for the next two years.

Smith and Garcia finished one-two in the special election to fill out Hill’s term, with Republican Steve Knight, who lost the seat to Hill, finishing
third.

Confusing matters in the district that stretches from the Antelope Valley into Ventura County was the fact that voters had to cast ballots twice — once in a special election to fill the balance of Hill’s term that lasts through the end of the year, and again in a primary election to fill the seat for the next two years. The major candidates seeking the office appeared on both ballots.

Smith would have had to win more than 50% of the vote in the special election to win the seat outright to finish out Hill’s term.

The special election was instigated by Hill’s resignation amid the release of salacious photos online and allegations of an extramarital affair with a staff member.

The 25th District is one of several ranging from the Antelope Valley to Orange County in which Republicans hoped to regain a foothold after a series of defeats in 2018.

Smith was endorsed by many of the area’s biggest Democratic names and by the Democratic Congressional Campaign Committee. Her campaign website touts a variety of priority issues, led by improving public education, ending “corruption in Washington,” boosting support for first-responders and ensuring access to affordable health care.

Garcia is a former Navy pilot who said he was inspired to vie for the post because Hill “did not represent our moderate district. I have the choice
to stand on the sidelines and see what happens but that is not in my DNA. This is an extension of my desire to serve, this time to fight for my district.”

In another closely watched race in Orange County, Democrat Katie Porter will compete in a November runoff with Republican Greg Raths for the 45th Congressional District seat. Porter, an attorney and UC Irvine law professor, was challenged by Raths and five other Republicans in a district that was long considered a safe conservative area but has seen a growing influx of Democrat voters.

The district covers an inland area between roughly Mission Viejo and Yorba Linda.

In the coastal 48th District, incumbent Democrat Harley Rouda will fight for another term in the November general election against Republican Michelle Steel, the chairwoman of the Orange County Board of Supervisors.

Rouda declared victory before midnight Tuesday, pointing both to his
lead at the polls and the fact that he outraised Steel 2.5 to 1 in recent
fundraising as evidence of his strong position going into the general election.

“Our district has rejected partisanship and Washington politics as usual, and tonight was a resounding example of that commitment,” Rouda said in a statement.

“I’m running for reelection to continue our work to lower prescription drug costs, protect our coastline, and stand up to the insiders and special interests that run Washington,” he added.

According to Rouda, no Democrat has ever earned more than 30% of the primary vote in the 48th District.

Steel said during her campaign that she is running for Congress to provide a “strong voice in Washington, D.C., who will honor promises made and stand up for us and our values.”

She pointed to her work on the Board of Supervisors, saying she fought higher taxes while working to reduce traffic congestion and “ensuring our bays and coastlines are clean.”