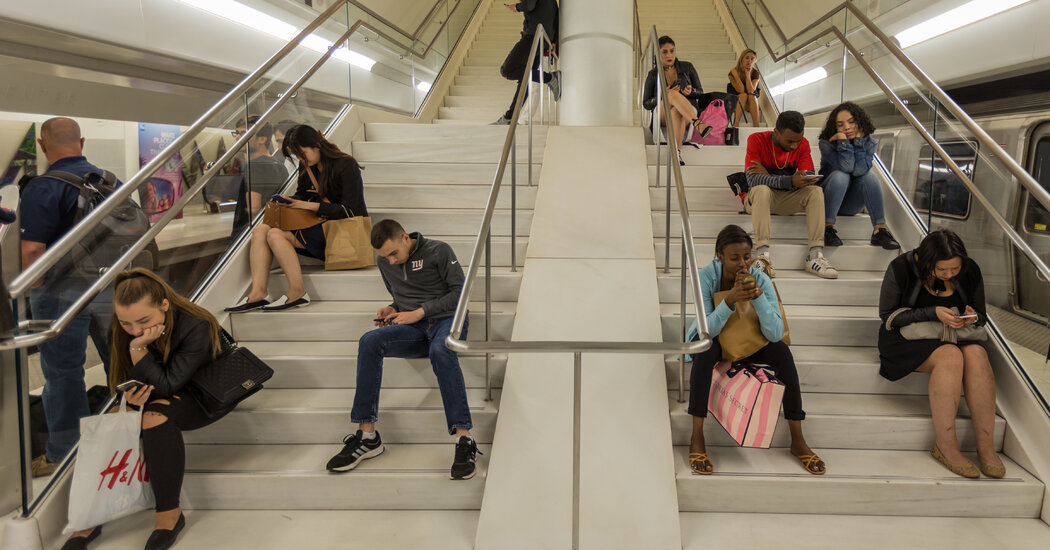 In two cases that could have sweeping implications for free speech online, Facebook, YouTube and Twitter are challenging new laws in Florida and Texas that limit their ability to decide which content appears on their platforms.

The companies are right that the laws violate the First Amendment, but some of the arguments they are making are deeply flawed. If these arguments get traction in the courts, it will be difficult for legislatures to pass sensible and free-speech-friendly laws meant to protect democratic values in the digital public sphere.

The Florida and Texas cases are unusually important because they concern the first significant efforts by states to regulate social media companies. The laws differ in some respects, but between them they prevent the companies from removing certain content, limit their use of algorithms and require them to publish information about their content-moderation practices. They also restrict the companies’ ability to attach their own labels to users’ posts.

The power that a few technology companies wield over public discourse is a real problem, but the two states’ laws are less an effort to address this problem than an attempt to punish certain social media companies for their supposed political views. In the months before the laws were passed, Twitter and Facebook kicked President Donald Trump off their platforms, blocked or limited access to a news story about Hunter Biden and attached labels to what they determined to be misleading claims about the election and the pandemic.

The Florida and Texas laws were payback. Legislators were candid about this, as were the states’ governors. Gov. Ron DeSantis of Florida declared that the law was intended to “take back the virtual public square” from “big tech oligarchs” and “their radical leftist narrative.” Gov. Greg Abbott of Texas explained that his state’s law was intended to stop the companies from silencing “conservative viewpoints and ideas.”

The laws themselves reflect this intent. This is especially true of the Florida law, whose definition of “social media platform” is gerrymandered to reach the Silicon Valley companies alleged to harbor liberal sympathies — but to exclude platforms owned by Disney, which has extensive operations in Florida.

The companies are correct that the two laws discriminate against certain platforms based on their perceived political views — and two federal district courts have enjoined the laws pending appeal. What’s concerning is that the companies have made arguments that go much further.

For instance, they contend that the courts should extend to social media platforms exactly the same very broad First Amendment protections that have been afforded in the past to newspapers. They also argue that any law that burdens their exercise of “editorial judgment,” however minimally, should be deemed unconstitutional. These arguments are deeply misconceived and would, if the courts agree with them, pre-empt even laws that do not share the Florida and Texas laws’ fundamental defects.

The truth is that social media platforms are like newspapers in some ways but not others. Like other media organizations, social media companies sometimes make decisions about which content to publish, and they sometimes add their own voices to public discourse — as they do when they attach labels to users’ posts. When the companies engage in these activities, they are exercising the kind of editorial discretion that the Supreme Court has protected against government interference again and again.

But social media platforms are different from newspapers in important ways. They are primarily vehicles for others’ speech, rather than their own. They do not exercise close curatorial control over the content they publish. They do not take responsibility for the content they publish in the same way that newspapers do — and the law does not require them to. There is also an incredible disparity in scale between (many) social media platforms and newspapers. Over the course of a day, the newspaper you are reading publishes a couple of hundred articles, but the big platforms publish hundreds of millions of posts.

The stakes here are high. The constitutional protection the Supreme Court has afforded to editorial judgment is essential and worth defending — for newspapers and for social media companies as well. This protection safeguards the right of editors of all kinds to decide for themselves which speech to publish and promote. It also serves as a crucial bulwark against government efforts to distort and control public discourse.

The federal appeals courts should not allow the companies to turn the First Amendment against the values it was meant to serve. They should strike down the Florida and Texas laws but reject the social media companies’ broader arguments. It would be terrible if the First Amendment were allowed to become an obstacle to carefully drawn legislation meant to strengthen democratic values online.

Jameel Jaffer is executive director of the Knight First Amendment Institute at Columbia University and was a deputy legal director of the American Civil Liberties Union. Scott Wilkens is an attorney at the Knight Institute and was a partner at the law firm Jenner & Block, where he focused largely on intellectual property disputes involving technology companies.