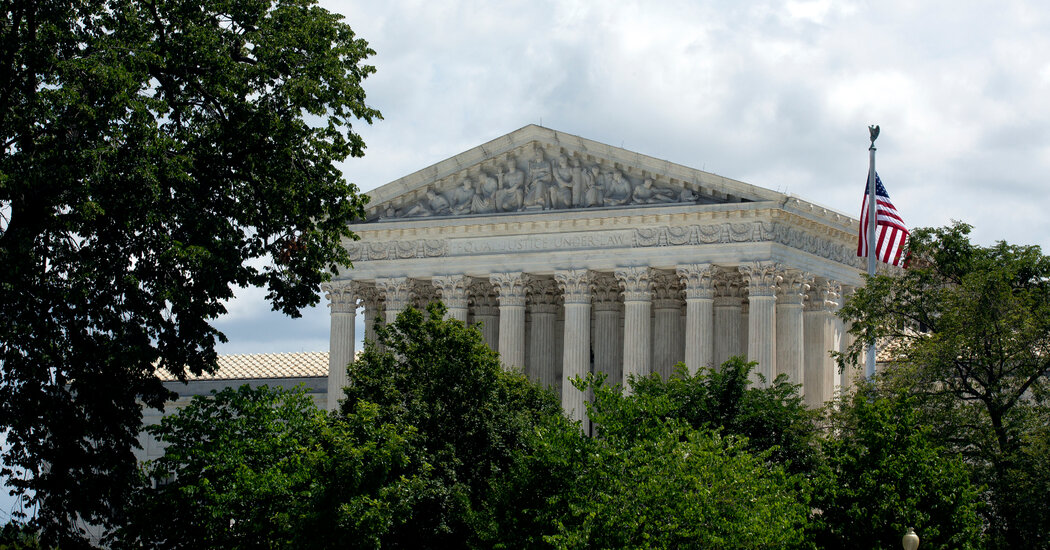 WASHINGTON — By a 5-to-4 vote, the Supreme Court on Wednesday sided with officials at a California jail in a dispute over the adequacy of its response to the coronavirus pandemic.

The court’s brief order was unsigned and gave no reasons, which is typical when it acts on emergency applications. The four more liberal justices noted their dissents, and Justice Sonia Sotomayor, joined by Justice Ruth Bader Ginsburg, filed an eight-page dissent that accused the majority of failing to safeguard the health of thousands of detainees.

The order temporarily stayed an injunction issued by Judge Jesus G. Bernal of the Federal District Court for the Central District of California that required officials at the Orange County Jail to allow detainees to maintain social distancing, be tested if they show symptoms and have access to cleaning supplies. (Judge Bernal denied a request to release all medically vulnerable and disabled individuals.)

In an emergency application asking the Supreme Court to lift the injunction while appeals moved forward, the officials said Judge Bernal had engaged in unwarranted judicial meddling in the internal affairs of the jail, which currently houses about 3,000 detainees. The officials said they had already released more than half of the jail’s population and had taken adequate steps to address the pandemic.

“The district court’s injunction,” the officials told the justices, “seizes the role of administration of the jail, prevents nimble responses to the virus in an ever-changing landscape and puts focus on compliance with the order and avoiding contempt, rather than squarely on combating the contagion.”

In response, the detainees, represented by the American Civil Liberties Union, told the justices that more than 300 residents had tested positive for the virus. They said detainees were “packed into day rooms sharing the same air and bathrooms without social distancing” and were given “watered-down disinfectant and makeshift masks made from bloodstained sheets.”

In her dissent, Justice Sotomayor said the officials had misled Judge Bernal. “The jail claimed that it had already achieved proper social distancing, provided inmates enough soap for frequent hand washing, and isolated and tested all symptomatic individuals,” she wrote, adding that sworn statements from dozens of detainees told a different story.

“Inmates described being transported back and forth to the jail in crammed buses, socializing in day rooms with no space to distance physically, lining up next to each other to wait for the phone, sleeping in bunk beds two to three feet apart, and even being ordered to stand closer than six feet apart when inmates tried to socially distance,” Justice Sotomayor wrote.

“This court normally does not reward bad behavior,” she wrote, referring to the officials’ litigation tactics.

Justice Sotomayor said the officials deserved no solicitude from the Supreme Court, and she faulted the majority for acting before an appeals court had ruled.

“The district court found that, despite knowing the severe threat posed by Covid-19 and contrary to its own apparent policies, the jail exposed its inmates to significant risks from a highly contagious and potentially deadly disease,” she wrote. “Yet this court now intervenes, leaving to its own devices a jail that has misrepresented its actions to the district court and failed to safeguard the health of the inmates in its care.”