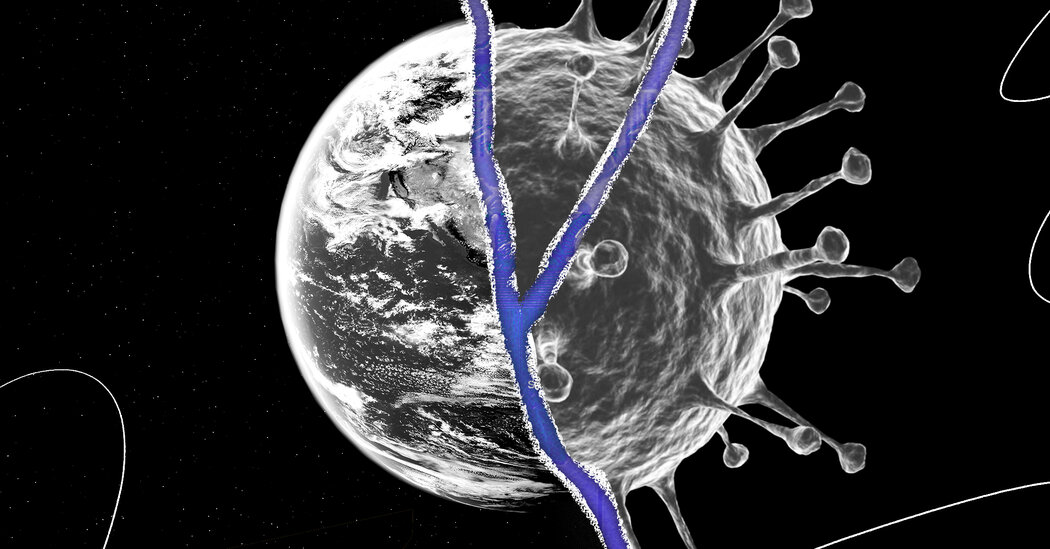 For much of the world, it’s far from over: The coronavirus has already killed more people in 2021 than it did in all of 2020.

The coronavirus may be receding in New York and Toronto and Tel Aviv, but for much of the world it is a more fearsome threat than ever: Fueled by the spread of more-contagious variants and abetted by a profoundly unequal vaccination drive — 85 percent of all doses have been administered in high- and upper-middle-income countries — the pandemic has already killed more people in 2021 than it did in all of 2020.

“Trickle-down vaccination is not an effective strategy for fighting a deadly respiratory virus,” the director general of the World Health Organization, Dr. Tedros Adhanom Ghebreyesus, said last month. “Covid-19 has already cost more than 3.3 million lives and we’re on track for the second year of this pandemic to be far more deadly than the first.”

What will it take to vaccinate the rest of the world more quickly? Here’s what people are saying.

Are patents the problem?

Last month, the Biden administration unexpectedly endorsed the temporary suspension of patent protections for coronavirus vaccines, a move that 57 countries, Tedros and more than 170 former heads of state and Nobel laureates had called for as a necessary step toward ending the pandemic.

But as Damian Garde, Helen Branswell and Matthew Herper wrote for Stat at the time, waiving the patents could prove a symbolic gesture in the short term. Even if the European Union agreed to the measure — and so far, it remains staunchly opposed — experts suggest the earliest the world could expect to see additional capacity would be in 2022.

“We’re not talking about any immediate help for India or Latin America or other countries going through an enormous spread of the virus,” Lawrence Gostin, director of the O’Neill Institute for National and Global Health Law at Georgetown Law, told Stat. “While they’re going to be negotiating the text, the virus will be mutating.”

Why? One view is that patent waivers can’t help get shots into arms unless vaccine makers also share their manufacturing methods: While brand-name drugs can be replicated relatively easily, vaccines like the ones from Pfizer and Moderna are much more difficult to reverse-engineer. “One may transfer the I.P.” — intellectual property — “but the transfer of skills is not that simple,” Norman Baylor, the president of Biologics Consulting, told Stat.

This view is not without its detractors. Some experts have argued that pharmaceutical companies are simply trying to protect their monopoly power by overstating manufacturing challenges and casting developing countries as insufficiently advanced to meet them — “an offensive and a racist notion,” Matthew Kavanagh, director of the Global Health Policy and Politics Initiative at Georgetown University, told The Times.

But some of the hurdles to ramping up production are logistical and universal: There are only so many factories in the world that make vaccines, and before the pandemic they were busy producing between 3.5 billion and 5.5 billion doses annually, or less than half the number needed just for the coronavirus.

What’s more, Pfizer’s and Moderna’s vaccines rely on a novel technology — snippets of the coronavirus’s genetic material encased in lipid nanoparticles — that had never been used in a mass-produced vaccine before last year. Only a small number of companies have the ingredients and specialized equipment to produce those nanoparticles, and retrofitting other facilities to do the same takes months, Rebecca Heilweil reported for Recode in March.

“What we’ve got now is probably fairly close to the maximum that you could get with only 10 months of lead time to round up the supply chain,” Derek Lowe, a drug discovery chemist and science journalist, told her.

So how can the world scale up production capacity?

“We’re talking about a Manhattan Project, Marshall Plan or World War II mobilization — that’s the kind of mobilization we need,” Gregg Gonsalves, an assistant professor of epidemiology at the Yale School of Public Health, told The Times. “We’ve been outlining a tripartite plan of action: We need to get the I.P. barriers out of the way; do technology transfers so we can start to scale up around the world; and then pour massive amounts of funding into building up global capacity to get these vaccines out there.”

The Biden administration has a leading role to play in such a mobilization, the Times editorial board argues. Among the first steps the board says the president should take:

Rich countries could also accelerate production by removing obstacles to the free trade of vaccine supplies, as Prashant Yadav and Rebecca Weintraub argue in the Harvard Business Review. A centralized supply-chain database containing information from every country about its supplies of and demand for raw materials and manufacturing capacity could also help to reduce bottlenecks.

The bottom line: In all, The Times’s David Leonhardt and Ian Prasad Philbrick write that a campaign to vaccinate the rest of the world would cost between $50 billion and $70 billion — or less than 0.5 percent of what the pandemic has been estimated to have cost the global economy. “The costs of being in this pandemic are so enormous,” Rachel Silverman of the Center for Global Development told them. “It will be history’s greatest bargain if for $50 to $70 billion we can vaccinate the world and get out of this crisis.”

In the meantime, should rich countries donate vaccines?

Even with waivers, technology transfers and greater access to raw materials, experts told The Times it would take about six months for more drugmakers to start producing vaccines. The only short-term solution, they suggested, is for rich countries — especially the United States — to send more of their own doses abroad.

By the numbers: The United States and Europe have ordered enough doses to immunize their populations three times over; this surplus alone would suffice for one billion to two billion of the 10 billion doses needed to vaccinate 70 percent of the rest of the world. And already, there are signs that supply in parts of the United States has outstripped demand: North Carolina and Tennessee, for example, have returned 3.6 million doses to the federal government; millions of Johnson & Johnson doses were saved from expiring this month only because the government extended their expiration dates by six weeks.

Demand may increase as the eligibility age falls, but the W.H.O. has urged vaccine-rich countries to delay immunizing their children. “The imminent danger to adults in global hot spots is simply too great and demands attention now,” Tracy Beth Hoeg, Vinay Prasad and Monica Gandhi argue in The Atlantic. “Compared with children ages 5 to 17, people ages 75 to 84 are 3,200 times more at risk of dying from Covid-19. For children, the risk of disease is not zero, but the mortality risk is comparable to that from seasonal influenza.”

Zeynep Tufekci argues in The Times that vaccine-rich countries could also free up some of their supply for export by delaying the administration of second doses, as Britain has done, which research suggests may actually boost immune response. It would also help, she says, if Covax, the global alliance charged with distributing extra doses, allocated its supply according to the severity of a given country’s outbreak rather than its population, as it currently does.

“Our fire department needs more water,” Tufekci writes, “and should direct it to where the fire is burning, not to every house on the street.”

“Could Spilling Big Pharma’s Secrets Vaccinate the World?” [The Argument]

“How to supercharge vaccine production for the next pandemic” [Vox]

Here’s what a reader had to say about the last debate: Why Elon Musk has a lower tax rate than you.

Jacinda, 32, from Baltimore: “I have wondered if increasing the sales tax would be an effective solution in addition to the income tax. Excluding necessity items, a sales tax would, in theory, be higher for people who have (and spend) more disposable income. A lot of thought would need to go into how different merchants are categorized and taxed, i.e., a higher sales tax percentage for luxury goods vs. minimal to none for grocery stores or pharmacies.”