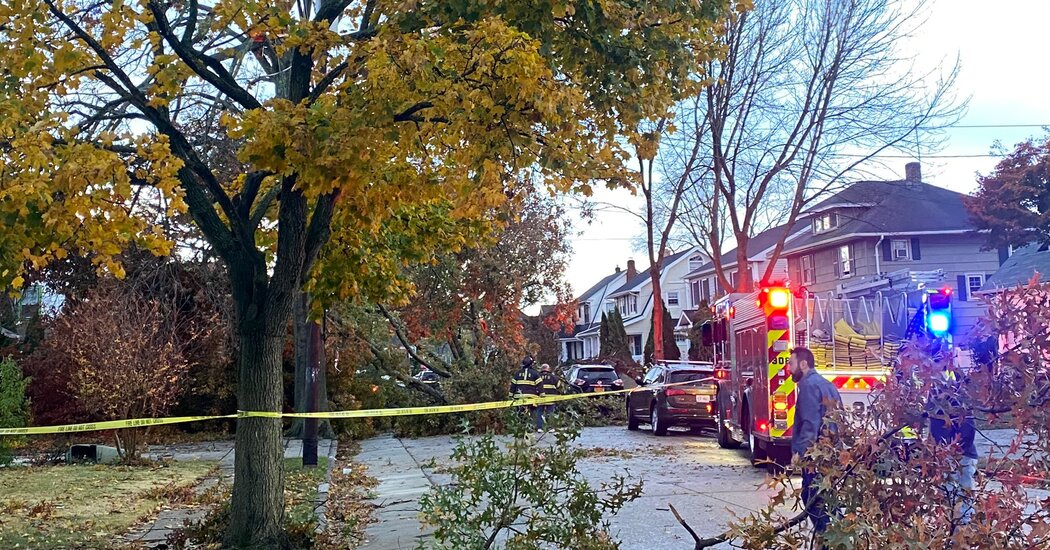 No injuries were reported as a result of the fast-moving storm, according to officials on Long Island, where most of the warnings were posted, but photos on social media showed that it had left uprooted trees and caused minor damage to homes and vehicles in several sections of Suffolk and Nassau Counties.

The National Weather Service could not confirm that a tornado had struck the region until it assessed the damage, but it did issue a tornado warning shortly before 3 p.m. for parts of the two counties, including Commack, Levittown and Melville.

Dominic Ramunni, a meteorologist at the National Weather Service on Long Island, said that gusts like these were not uncommon and can happen a lot this time of year as more cold fronts make their way through the East Coast. Winds were reported to be gusting up to 60 miles per hour.

Storms in the wake of Hurricane Ida led to deaths and injuries, and even less powerful ones have resulted in flooding on the subway system and other disruptions to city life.

About 11,000 customers of the utility PSEG on Long Island were reported to be without power around 5 p.m. There were also disruptions to flights at Kennedy International Airport, though officials said the storm had resulted only in some minor delays and diversions of flights to other locations.

Still, the weather created a spectacle on social media, as videos and photos taken from Midtown Manhattan to towns in northern New Jersey showed residents commenting on the loud spurts of heavy hail and rainfall that filled part of the afternoon.

Tornado sightings in the region are rare.

There were none confirmed in the city between 1950 — when the Weather Service began tracking tornadoes in the area from Orange and Putnam Counties to Long Island — to 1974.

A few have struck the region since then, including a destructive tornado in Brooklyn in 2007, when winds reached up to 135 m.p.h., and two smaller ones in 2012 in the borough’s Canarsie neighborhood and in Breezy Point, Queens.