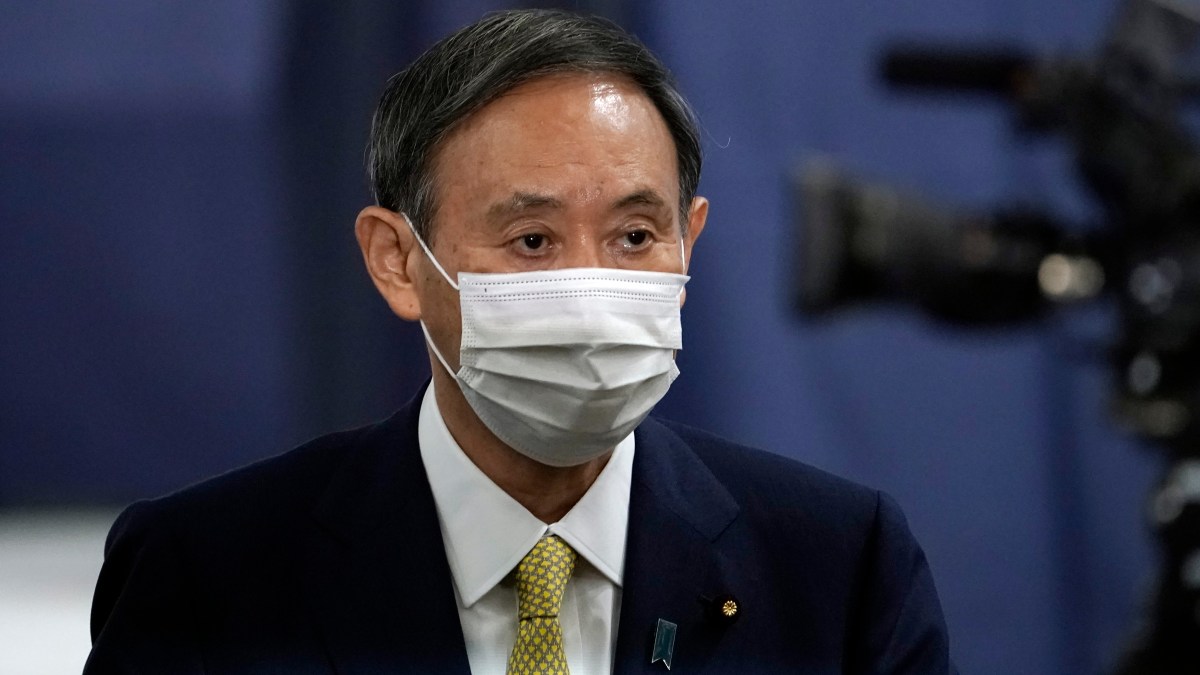 Yoshihide Suga was elected as the new head of Japan’s ruling party on Monday, all but assuring that he will become the country’s new prime minister when a parliamentary election is held later in the week.

Despite his low-key image, Suga, 71, has been an important figure in outgoing Prime Minister Shinzo Abe’s administration, serving as the government’s top spokesperson in his role as chief Cabinet secretary. Abe announced last month that he would resign due to health problems.

Suga’s victory in the ruling Liberal Democratic Party vote virtually guarantees his election in a parliamentary vote Wednesday because of the majority held by the LDP’s ruling coalition.

Suga, the son of a strawberry grower in northern Japan’s Akita prefecture, said he had come a long way. “I will devote all of myself to work for the nation and the people,” he said in his victory speech.

He has said that his top priorities will be fighting the coronavirus and turning around a Japanese economy battered by the pandemic. He gained the support of party heavyweights and their wing members early in the campaign on expectations that he would continue Abe’s policies.

Suga received 377 votes in Monday’s vote to pick a successor to Abe. Former Foreign Minister Fumio Kishida, one of the other two contenders, received 89 votes, while former Defense Minister Shigeru Ishiba got 68.

“Now I’m handing the baton to new LDP President Suga,” Abe said after the vote. “We can count on him.”

Suga has been a loyal supporter of Abe since Abe’s first stint as prime minister from 2006 to 2007. Abe’s tenure ended abruptly because of chronic illness, and Suga helped him return as prime minister in 2012.

Suga repeatedly has praised Abe’s diplomacy and economic policies when asked about what he would like to accomplish as prime minister. He also has defended scores of favoritism and cronyism scandals, saying that investigations into the cases were properly handled.

On the surface, the straight-faced Suga is known for offering bland comments at twice-daily televised news briefings.

But behind the scenes, he’s known for his iron-fist approach to getting jobs done as a policy coordinator and influencing bureaucrats by using the centralized power of the prime minister’s office, leading political watchers to call him the “shadow prime minister.” Some bureaucrats who have opposed his policies have reportedly been removed from projects or transferred elsewhere.

Suga, whose portfolio also included a ministerial role as head of Okinawa issues in the Abe-led government, has offended local leaders with his high-handed approach to a disputed relocation of a U.S. Marine air station on the southern island. He also sparked criticism last year over his hostile responses to a female reporter asking tough questions about Abe’s policies and scandals.

As his parents’ eldest son, Suga defied tradition by deciding not to take over the family farm. Instead, he headed to Tokyo, where he became a self-made politician, a rarity in Japan’s largely hereditary business of politics — and a change from Abe, the scion of a political dynasty.

“Where there is a will, there is a way,” is Suga’s motto. He also says he seeks to build a nation of “self-support, mutual support then public support,” raising concerns of having a vision of a government that is cold to the weak and the needy.

Suga says that he is a reformist and that he has worked to achieve policies by breaking territorial barriers of bureaucracy. He has credited himself for those efforts in achieving a booming foreign tourism industry in Japan, lowering cellphone bills and bolstering agricultural exports. On Monday, he pledged to crack into vested interests and rules hampering reforms.

While there is speculation that he may form a caretaker Cabinet that mainly keeps key members from the Abe government, Suga said he might as well pick reform-minded people willing to carry out his policies.

Despite speculation that Suga may be a caretaker for the remainder of Abe’s scheduled term, which was to end in September 2021, he may actually last longer, according to analysts.

Suga, who grew up in rural Japan and does not belong to a faction within the ruling party, may be a political realist with a broad national perspective, more so than Abe, said Tobias Harris, a political analyst. “I think he has a more holistic view of politics and the government than maybe a lot of people who have occupied the post of prime minister,” Harris said.

Compared to his political prowess at home, Suga has hardly traveled overseas, and his diplomatic skills are unknown, though he is largely expected to pursue Abe’s priorities.

In addition to the coronavirus and the economic fallout, Suga stands to inherit several other challenges, including China, which continues its assertive actions in the East China Sea. He also will have to decide what to do with the Tokyo Olympics, which were pushed back to next summer due to the coronavirus. And he will have to establish a good relationship with whoever wins the U.S. presidential race.

Suga has said he wants to maintain communication and develop strategic ties with China and South Korea despite rocky relations with them.

Chinese foreign ministry spokesperson Wang Wenbin congratulated Suga and expressed willingness “to deepen cooperation in the fight against the epidemic and economic and social development, and continuously promote improvement and development of China-Japan relations.”

Suga is known to have helped smooth out differences by keeping close ties with a centrist coalition partner, Komeito. His ties to the more dovish partner could make his administration less hawkish on national security issues, analysts say.

A man of self-discipline, his daily routine includes sit-ups and walking — in his business suits in the neighborhood of the parliament so he can immediately head to work in an emergency.

But he says he has a weakness: He loves sweets, namely pancakes and Japanese mochi with sweet bean paste inside.