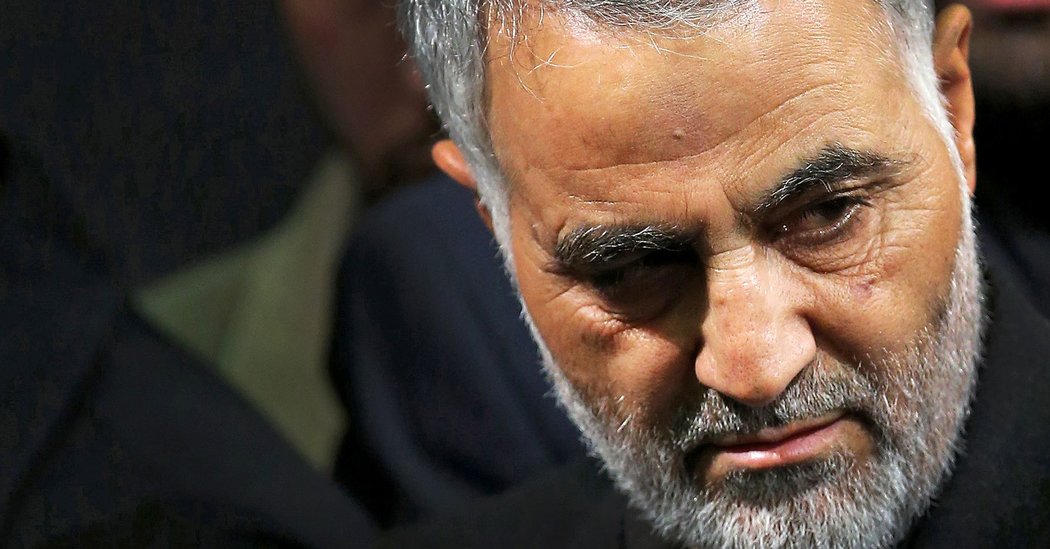 The assassination of Maj. Gen. Qassim Suleimani of Iran by the United States was an unprecedented escalation in the 40-year standoff between the two countries. General Suleimani was the powerful head of Iran’s Islamic Revolutionary Guards Corps’ special operations forces, the Quds Force, and we can expect retaliation across the region. But the killing will not in itself weaken the Revolutionary Guards or Iran’s role in the region.

The idea that General Suleimani was all powerful and that the Quds Force will now retreat, or that Iran’s ties with Shiite armed groups in Iraq and Lebanon like Hezbollah will suffer, indicates a superficial, and frankly ideological, understanding of Iran and the Revolutionary Guard.

Consider how similar assassinations have played out. The 2008 assassination of a top Hezbollah leader, Imad Mugniyah, did not weaken the group — in fact, the reverse happened. Likewise, years of targeted assassinations against Hamas in Gaza haven’t dismantled that organization. The Revolutionary Guards and the Islamic Republic are bigger and more powerful than either of those groups.

To understand the structure of the Revolutionary Guards, it is important to understand the Iran-Iraq war (1980-88). It was on the battlefields of this conflict, the 20th century’s longest conventional war, that the guards formed their battle-hardened culture and leadership ethos. Faced with an Iraqi military that was heavily supplied by the United States and the West, the guards learned how to fight asymmetrically, a strategy that they have since perfected. That means, above all, devolving decision-making to small, often ad hoc groups, operating semi-independently against much larger forces.

In my 10 years in Iran researching the Revolutionary Guards and their depiction in Iranian media, one of my key observations was that wherever they operate, in Iran or on foreign battlefields, they function with that same ad hoc leadership: Decisions and actions don’t just come from one man or even a small group of men; many within the organization have experience building relationships, creating strategies and making decisions.

This contrasts with General Suleimani’s public image, both at home and abroad, which, since 2013, has been propped up by a vast media campaign. I followed some of his media team during my research and saw how they produced films, documentaries and even music videos, in both Persian and Arabic, lionizing his feats against the Islamic State. Inside Iran, he consistently polled as one of the most popular figures in the regime. The fact that most of his activities took place outside Iran helped preserve his reputation in the often fractious politics of the Islamic Republic.

It is likewise hard to overstate the symbolic power of General Suleimani in the region, particularly among Arab Shiite groups in Iraq and Lebanon. He was the face of Iranian power from Lebanon to Yemen, a face that brought money, weapons and advisers. Yet he wasn’t the only person in the Revolutionary Guards who built such personal relationships, as the Western news media tends to depict. Far from it.

Thanks to the guards’ ad hoc structure, the relationship between the Revolutionary Guards and Iraqi and Lebanese Shiite armed groups is a long and deep one. During my time in Lebanon and Iran, I met foreign militants who spent long stretches in Iran, for both work and pleasure. They spoke fluent Persian and fully understood the Revolutionary Guards ethos. The ties that bind many of these groups together include generations of marriage, commerce, history and culture. General Suleimani, as important as he was, was not singular.

Iran and its populations have thousands of years of history in the region. That doesn’t get “rooted out” with assassinations and missile strikes. These relationships — among Revolutionary Guards cadres and between the guards and their allies abroad — are deep, and they do not rely on one figure. In fact, Iran has already named General Suleimani’s longtime deputy, Ismail Qaani, as his successor.

Given the intense political infighting inside Iran following the heavy-handed crackdown of the state on protesters in November, the assassination of General Suleimani is a convenient opportunity to unify the country. The Islamic Republic knows how to create consensus in the face of an external enemy: It did so during the Iran-Iraq war, in the fight against the Islamic State and against American sanctions.

In this way, General Suleimani’s influence will survive him; in fact, it may have suddenly grown significantly. The United States just killed a very popular figure within powerful armed circles across the region. And he was not the only leader with strategic and battle experience who wished to see the United States leave the region. This was a highly symbolic assassination. The problem for the United States is that symbolism has the power to move people to action.

Narges Bajoghli is an assistant professor of Middle East studies at the School of Advanced International Studies, Johns Hopkins University, and the author of “Iran Reframed: Anxieties of Power in the Islamic Republic.”