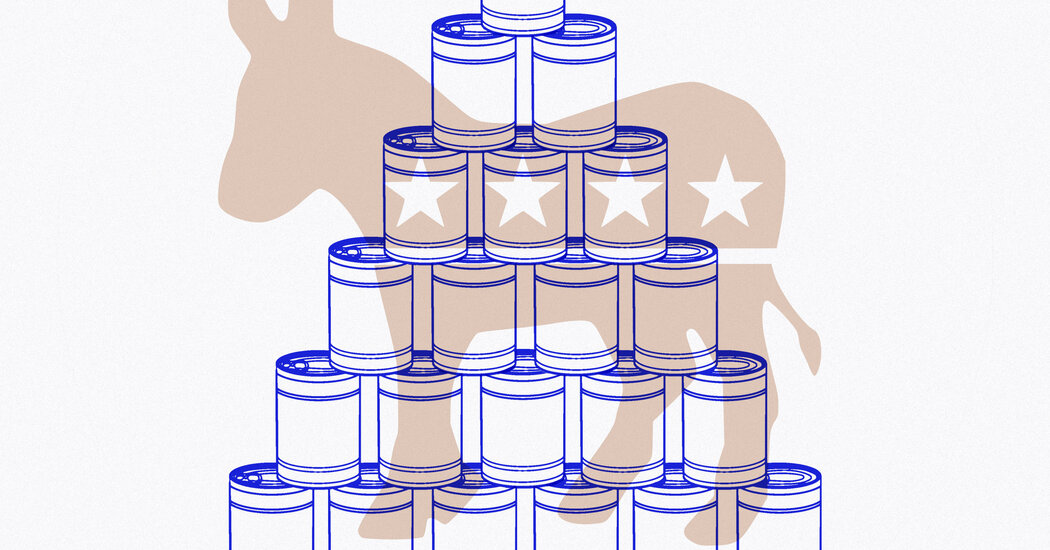 Today’s intolerably high inflation is a result of too much money chasing too few goods. The harsh way to lower inflation is to deal with the “too much money” side of the equation by raising interest rates or taxes, which chokes off the public’s spending power. The infinitely better way to combat inflation, when possible, is to deal with the “too few goods” side by increasing the supply of things to buy.

Supply-side economics has long been the province of Republicans, who have asserted that the only way government can help increase the supply of goods and services is to get out of the way — mainly by cutting taxes so companies will have a stronger profit motive to increase production.

But Democrats have begun shaping their own version of supply-side economics, which gives the government a more active role. My colleague Ezra Klein identified this approach last year as “supply-side progressivism.” In January, Treasury Secretary Janet Yellen described the Biden administration’s Build Back Better agenda as “modern supply-side economics.”

There will be stumbles along the way, but the potential is huge. In this newsletter I’ll consider several recent examples of this approach on the federal, state and county levels, and then look at the pros and cons of an extremely ambitious supply-side idea: a new federal agency called the National Investment Authority.

An obvious place to start is with the Inflation Reduction Act, which Senator Joe Manchin, Democrat of West Virginia, agreed to support on Wednesday, after being assured by independent experts that it would curb inflation. Some of the inflation-fighting effect will come from the traditional demand-side approach of raising taxes, but some is also intended to come on the supply side, through tax incentives and spending programs to increase production of green technologies that will be cheaper in the long run.

I’m skeptical of President Biden’s claim that the energy provisions would bring down families’ energy bills by “by hundreds of dollars,” at least in the near future. When he was campaigning for president, Biden focused on the job-creating potential of his green energy agenda, which isn’t much of a selling point now that a tight job market is contributing to wage growth. The Inflation Reduction Act seems like old wine in new bottles. It’s nonetheless true that investment, whether government-led or not, tends to bring down prices for consumers. A great example is the government’s early support for electric cars, which started out more expensive than internal-combustion vehicles but are on the way to becoming cheaper.

Sticking to the federal level, another other obvious Democratic entry in supply-side economics is the $280 billion CHIPS and Science Act, which passed Congress last week with 17 Republican votes in the Senate and 24 Republican votes in the House. It includes subsidies and tax credits for semiconductor manufacturing in the United States, along with funds for research on artificial intelligence, quantum computing and other technologies. It’s a foray into industrial policy that probably would not have happened if lawmakers in both parties weren’t alarmed by the rise of China as a commercial and military rival.

On the state level, California is taking a step beyond anything the federal government has done. On July 7, Governor Gavin Newsom, a Democrat, announced on Twitter that “California is going to make its own insulin.” The state government will spend $50 million in the next two to three years working with a contract manufacturer to develop and bring to market cheaper versions of insulin. Eventually it plans to spend another $50 million for a factory in California to produce insulin. The money may go for a grant, a loan or partial ownership of the factory. The notion is that by providing a cheaper “public option,” even at a small scale, California could force the dominant insulin suppliers to reduce their prices to compete.

“Any way you slice it, there are going to be some really interesting impacts,” Paul Williams, the executive director of the Center for Public Enterprise, a new nonprofit that advocates such initiatives, told me.

Even some local governments are getting entrepreneurial. Williams pointed me to Montgomery County, Md., where since 2020 the county housing authority has been building mixed-income housing using a new public investment fund. It hires developers and contractors and takes full ownership of the properties once construction and lease-up are complete.

In an era of political polarization, government-led investment to build up the nation’s productive capacity is one of the few ideas that draws at least some bipartisan support. “It’s definitely in the air on both sides of the aisle,” said Samuel Hammond, the director of social policy for the Niskanen Center, a think tank that leans center-right.

The new supply-side economics isn’t strictly a liberal crusade. Democrats are coming around to the Republican idea that excessive regulation can inhibit production. Hammond said one of the most important features in the Inflation Reduction Act is reform of permitting processes to speed up regulatory decision-making on the construction of electricity transmission lines and other infrastructure.

Hammond said he worked for the Senate Small Business and Entrepreneurship Committee in 2019, when Senator Marco Rubio, Republican of Florida, was its top Republican member and sought to reorient the Small Business Administration toward financing high-impact, research-intensive enterprises, not just what Hammond called “nail salons and gas stations.” The effort petered out when the pandemic hit and Rubio was replaced as the top Republican on the committee by Senator Rand Paul, Republican of Kentucky.

Still, few Republicans are likely to go so far as to support a National Investment Authority, a new federal entity proposed in 2018 in a white paper by the Cornell law professors Robert Hockett and Saule Omarova. (Omarova withdrew from consideration as Comptroller of the Currency in December after some critics painted her, inaccurately, as a communist.) In the professors’ vision, the authority would lend to and take ownership stakes in companies while aiming to “mobilize” private investors to put money into long-term endeavors that are currently underfunded, such as infrastructure projects.

The National Investment Authority would aim to become self-funding eventually — earning enough from its investments that it wouldn’t have to ask for more money — but in a pinch it would be allowed to borrow from the Federal Reserve and the Treasury Department. The agency, Hockett and Omarova wrote, “reintroduces in modern guise the Hamiltonian national development program of the late 18th century and the Hoover/Roosevelt-era Reconstruction Finance Corporation of the mid-20th century.”

I interviewed Omarova about her brainchild last week and how it fits with the Biden agenda. To push the idea forward, she has teamed up with the Berggruen Institute, a research organization in Los Angeles dedicated to improving governance. She said the ability of the National Investment Authority to profit from successful ventures by owning pieces of companies distinguishes it from typical public-private partnerships in which the public takes the risk and the private investors reap all the rewards. Also, she said, the National Investment Authority would identify and correct strategic weaknesses in the U.S. economy rather than leaving capital-allocation decisions entirely up to the private sector.

Omarova told me she believes the National Investment Authority could be structured to be accountable to the public without being vulnerable to manipulation by members of Congress. I asked her about the possibility that the authority would practice “lemon socialism” — that is, waste money on boondoggles that the private sector steered clear of for good reason.

“Lemon socialism is an easy target to attack,” she said. “Nobody talks about lemon capitalism, which is at the core of every venture capital fund. Ninety-five of every 100 venture capital investments fail, but as long as five of them produce profits, they’re satisfied. The government is held to a different standard; it can never fail.” Critics of government intervention like to point to losses on loans to Solyndra, a solar panel maker, but rarely mention that Tesla was funded by the same program just a year later, in 2010, Omarova said. (A New York Times headline in 2009 read, “An All-Electric Sedan, Awaiting Federal Aid.”)

That’s a fair point, and it’s one that more and more lawmakers seem to grasp. There seems to be increasing openness on both sides of the aisle to some form of industrial policy — witness the substantial number of G.O.P. votes for the CHIPS and Science Act, among other measures.

Supply-side economics was once synonymous with shrinking government. Now there’s a can-do version that’s promising, though risky. More people are walking on the sunny supply side of the street.

Number of the Week

The increase in nonfarm payrolls in the United States in July, according to the median estimate of economists surveyed by FactSet. Federal Reserve officials have said job growth is evidence that the economy is strong enough to withstand interest-rate increases aimed at fighting inflation. The Bureau of Labor Statistics is set to report the official jobs number on Friday.

Quote of the Day

“The bees steal from this flower and that, but afterwards turn their pilferings into honey, which is their own; it is thyme and marjoram no longer.”