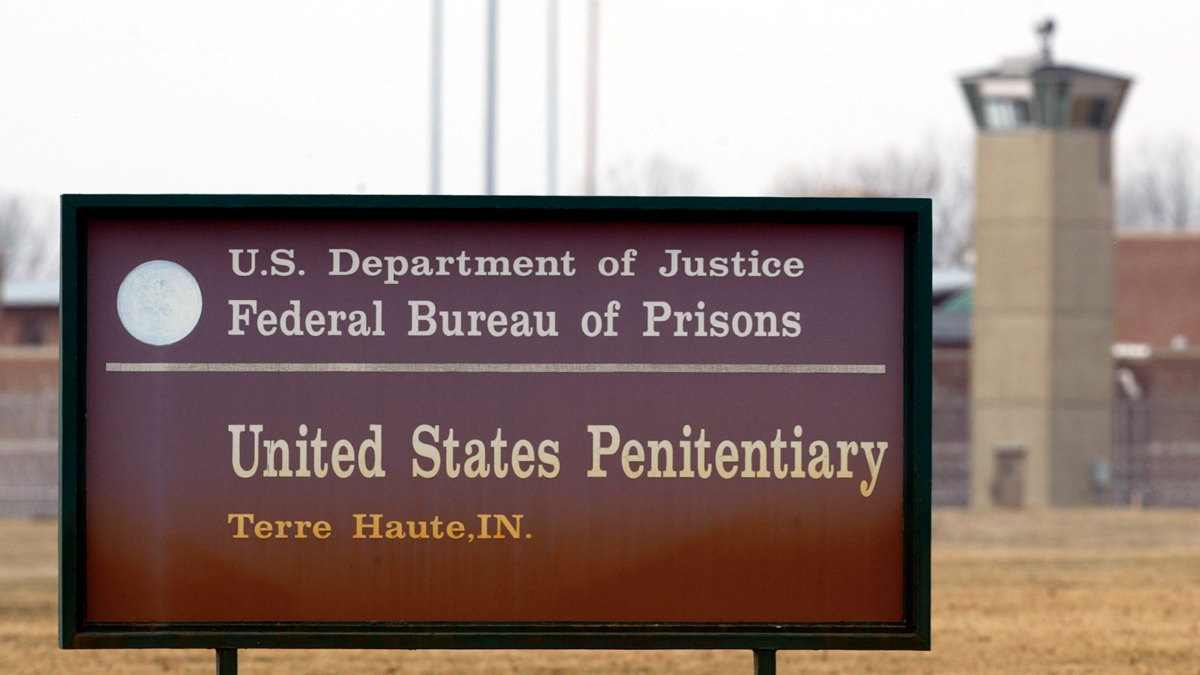 The Supreme Court early Tuesday cleared the way for the resumption of executions of federal prison inmates, removing a hold placed hours earlier by a trial judge. But it was unclear when the first execution would be carried out.

The justices voted to allow the first executions on the federal level since 2003 to proceed at the federal prison in Terre Haute, Indiana.

A federal appeals court in Washington refused the Trump administration’s plea to step in, before the Supreme Court acted. Still, Lee’s lawyers said the execution could not go forward after midnight under federal regulations.

A fourth man, Keith Dwayne Nelson, is scheduled to be executed in August.

THIS IS A BREAKING NEWS UPDATE. AP’s earlier story follows below.

A U.S. district judge on Monday ordered a new delay in federal executions, hours before the first lethal injection was scheduled to be carried out at a federal prison in Indiana. The Trump administration immediately appealed to a higher court, asking that the executions move forward.

U.S. District Judge Tanya Chutkan said there are still legal issues to resolve and that “the public is not served by short-circuiting legitimate judicial process.” The executions, pushed by the administration, would be the first carried out at the federal level since 2003.

Chutkan said the inmates have presented evidence showing that the government’s plan to use only pentobarbital to carry out the executions “poses an unconstitutionally significant risk of serious pain.”

Chutkan said the inmates produced evidence that, in other executions, prisoners who were given pentobarbital suffered ”flash pulmonary edema,” which she said interferes with breathing and produces sensations of drowning and strangulation.

The inmates have identified alternatives, including the use of an opioid or anti-anxiety drug at the start of the procedure or a different method altogether, a firing squad, Chutkan said.

The Justice Department appealed to the U.S. Court of Appeals for the District of Columbia Circuit.

And the Bureau of Prisons continued with preparations in order to move forward should the stay be lifted. The man slated for execution, Daniel Lewis Lee has had access to social visitors, has visited with his spiritual adviser and has been allowed to receive mail, prison officials said. He’s been under constant staff supervision. The witnesses for Lee are expected to include three family members, his lawyers and spiritual adviser.

The new hold came a day after a federal appeals court lifted a hold on the execution of Lee, of Yukon, Oklahoma, which was scheduled for 4 p.m. EDT on Monday at the federal prison in Terre Haute, Indiana. He was convicted in Arkansas of the 1996 killings of gun dealer William Mueller, his wife, Nancy, and her 8-year-old daughter, Sarah Powell.

“The government has been trying to plow forward with these executions despite many unanswered questions about the legality of its new execution protocol,” said Shawn Nolan, one of the attorneys for the men facing federal execution.

The Lee execution was to be carried out after a federal appeals courtlifted an injunctionon Sunday that had been put in place last week after some members of the victims’ family argued they would be put at high risk for the coronavirus if they had to travel to attend. The family on Monday appealed to the Supreme Court.

The decision to move forwardwith the execution — and two others scheduled later in the week — during a global health pandemic that has killed more than 135,000 people in the United States and is ravaging prisons nationwide, drew scrutiny from civil rights groups as well as family of Lee’s victims.

Critics argue that the government is creating an unnecessary and manufactured urgency for political gain. The developments are also likely to add a new front to the national conversation about criminal justice reform in the lead-up to the 2020 elections.

Anti-death penalty protesters began gathering in Terre Haute on Monday. Organizer Abraham Bonowitz drove a van through the city with a sign emblazoned on the side of a trailer that read, ““Stop executions now!”

Because of coronavirus concerns, Bonowitz said his group, Death Penalty Action, wasn’t encouraging others to show up. No more than a few dozen protesters were expected to join him.

“It’s symbolic,” Bonowitz said about the protests. “We are just here to say that this is wrong.”

In an interview with The Associated Press last week, Attorney General William Barr said the Justice Department has a duty to carry out the sentences imposed by the courts, including the death penalty, and to bring a sense of closure to the victims and those in the communities where the killings happened.

But relatives of those killed by Lee strongly oppose that idea. They wanted to be present to counter any contention that it was being done on their behalf.

“For us it is a matter of being there and saying, `This is not being done in our name; we do not want this,’” said relative Monica Veillette.

The relatives would be traveling thousands of miles and witnessing the execution in a small room where the social distancing recommended to prevent the virus’ spread is virtually impossible. An attorney for the family members who have objected to the execution said they hadn’t traveled to Indiana, as of Monday morning.

The federal prison system has struggled in recent months to contain the exploding number of coronavirus cases behind bars. There are currently four confirmed coronavirus cases among inmates at the Terre Haute prison, according to federal statistics, and one inmate there has died.

Barr said he believes the Bureau of Prisons could “carry out these executions without being at risk.” The agency has put a number of additional measures in place, including temperature checks and requiring witnesses to wear masks.

But on Sunday, the Justice Department disclosed that a staff member involved in preparing for the execution had tested positive for the coronavirus, but said he had not been in the execution chamber and had not come into contact with anyone on the specialized team sent to handle the execution.

Executions on the federal level have been rare and the government has put to death only three defendants since restoring the federal death penalty in 1988 — most recently in 2003, when Louis Jones was executed for the 1995 kidnapping, rape and murder of a young female soldier.

The attorney general said last July that the Obama-era review had been completed, clearing the way for executions to resume.