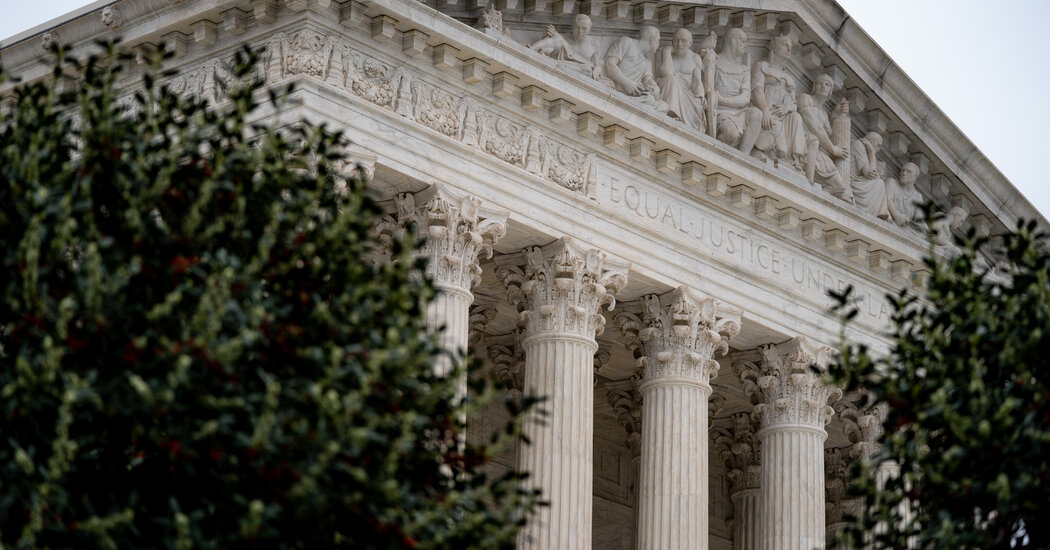 President Biden’s new panel, which is set to meet on Friday, has ambitions to tackle many other proposals to overhaul the court.

WASHINGTON — President Biden’s commission to evaluate proposed overhauls to the Supreme Court is planning to tackle potential changes that range far beyond the hotly disputed proposal to expand the number of justices, according to people familiar with the matter.

Named last week, the 36-member, ideologically diverse commission is expected to meet on Friday for a private and informal planning session. The agenda, the people said, is a proposal to divide into five working groups to develop research for the entire body to analyze a broad scope of issues, such as initiatives to impose term limits or mandatory retirement ages.

Other planned topics of future scrutiny include proposals to limit the court’s ability to strike down acts of Congress, to require it to hear more types of appeals in order to reverse the falling number of cases it resolves each year, and to limit its ability to resolve important matters without first hearing arguments and receiving full briefings, among other issues.

The meeting is private and has not been announced, but it and the draft road map were described by multiple people familiar with the commission who spoke on the condition of anonymity. Their account makes clear that the panel’s intellectual ambitions go beyond the notion of expanding the court — or “packing” it — even though nearly all of the early commentary has focused on that.

A spokesman for the White House declined to comment.

The meeting is not expected to include significant discussion of issues. By law, the commission will conduct its substantive work in public, including disclosing the materials it uses for discussions, hearing from witnesses and debating edits to an analytical report it is supposed to deliver by 180 days after its first public meeting, which is likely to be in May.

Mr. Biden decided to create the commission to defuse the thorny political question of whether to endorse adding seats to the Supreme Court. Some liberal activists have called for the step in response to Republican power plays in 2016 and 2020 that yielded a 6-to-3 conservative advantage on the court, even though Democrats won the popular vote in seven of the past eight presidential elections. Many conservatives vehemently oppose the idea.

The president has expressed skepticism about the wisdom of expanding the Supreme Court, and the idea is moot for now: A court expansion bill could be blocked by a filibuster in the Senate, and Democrats lack sufficient support in their own caucus to abolish the tactic. Speaker Nancy Pelosi said on Thursday that she did not intend to bring up a bill introduced by some Democrats this week that would expand the court to 13 justices.

Still, since Mr. Biden issued the executive order that established the commission and named its members last week, some conservatives have portrayed it as too tilted toward liberals and a plot to legitimize court packing. Some progressive activists who favor court expansion have denounced it as too ideologically moderate to be likely to help the idea gain traction.

But the commission’s proposed structure — developed by its co-chairs, Bob Bauer, an N.Y.U. Law professor who served as a White House counsel under President Barack Obama; and Cristina M. Rodríguez, a Yale Law School professor and former Justice Department official — suggests that focus may be myopic, and it has the potential to set in motion a political conversation about other consequential ideas for reform.

About seven members will be on each working group, and they will be assigned to gather preliminary research and materials for the entire commission to study and debate for its eventual analysis. The working groups’ mandate would not include making any substantive recommendations, and their meetings are not likely to be public, the people said.

The first working group, they said, would assemble materials to set the stage for the commission’s work, including information on what problems have made reforming the Supreme Court a matter of recurring debate, comparisons to historical periods in which there were serious calls for changing the court and criteria for evaluating arguments about changes to the court.

The second working group would gather materials about the Supreme Court’s role in the broader constitutional system, including as a final arbiter of major issues with a legal nexus. Among what it will prepare for are proposals for Congress to strip the court of jurisdiction over certain topics, and ideas such as requiring a supermajority to strike down an act of Congress and creating a mechanism for lawmakers to override court decisions.

The third working group would put together materials about length of service and turnover of justices on the Supreme Court, including proposals to create 18-year terms that are staggered so a seat comes up every two years or to impose a mandatory retirement age on older justices. Many other countries have such a safeguard.

The fourth group would develop materials about the membership and size of the Supreme Court. In addition to looking at the history of expansions and contractions of the number of justices by Congress, it will also examine other plans for reducing partisan tensions over the issue, like creating a nonpartisan commission to recommend potential justices or transforming the court into a rotating panel drawn by lottery from the ranks of sitting appeals court judges.

The last working group would collect materials about concerns about the Supreme Court’s case selection and review powers. These include the plummeting number of cases it resolves each year compared with what it did several generations ago, and its so-called shadow docket, when the court issues emergency orders and summary decisions that resolve important questions without full briefings and arguments.

In addition to the factual and policy questions surrounding the issues, the commission also intends to provide analysis about legal matters, scrutinizing whether proposed reforms could be accomplished by a congressional statute or whether they are likely to require the much heavier lift of amending the Constitution.