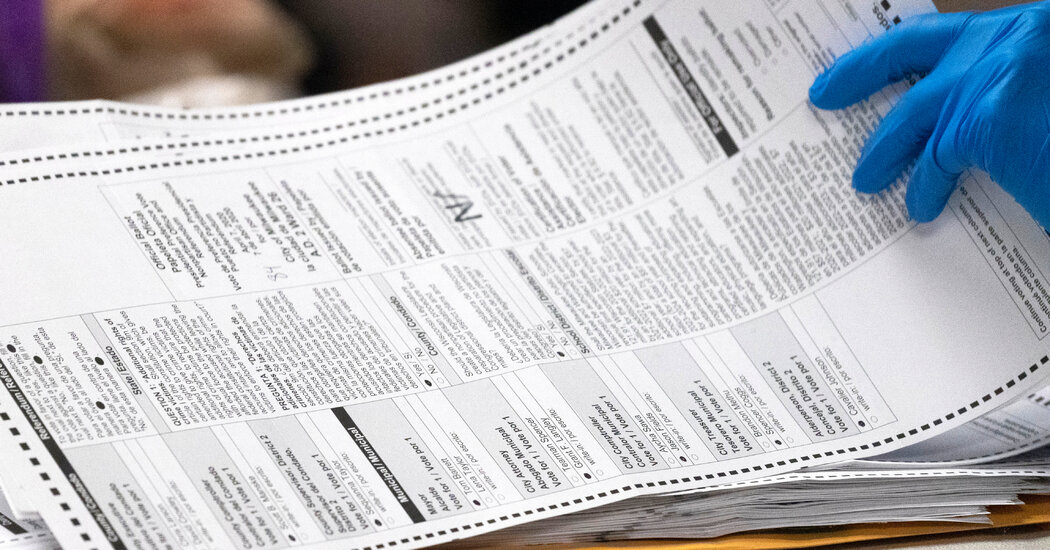 WASHINGTON — The Supreme Court on Monday mostly reinstated a South Carolina law that requires absentee ballots to be accompanied by a witness’s signature. Lower courts had blocked the law, saying it interfered with the right to vote during a pandemic.

The Supreme Court made an exception for ballots cast before it acted and received by election officials within two days of its order.

The court’s most conservative members, Justices Clarence Thomas, Samuel A. Alito Jr. and Neil M. Gorsuch, said they would have reinstated the requirement for all ballots.

Only one member of the court provided reasons. In a concurring opinion, Justice Brett M. Kavanaugh wrote that the majority’s approach was warranted because state election laws should not ordinarily be second-guessed by federal judges and because the Supreme Court frowns on changes to election procedures made close to Election Day.

Several voters and Democratic groups sued to block the witness requirement. In granting a preliminary injunction, Judge J. Michelle Childs of the Federal District Court in Columbia, S.C., said the requirement served no useful purpose, rejecting an argument from state officials that the witnesses could aid in potential investigations of voter fraud.

“The fact the witness requirement may provide a lead to investigate absentee fraud is undercut by an utter dearth of absentee fraud,” Judge Childs wrote.

A three-judge panel of the United States Court of Appeals for the Fourth Circuit initially blocked Judge Childs’s injunction, but the full appeals court reinstated it.

State officials and the South Carolina Republican Party asked the Supreme Court to step in, saying that the witness requirement imposed a minimal burden.

“Watching someone sign something takes no more than 60 seconds,” their brief said, “and witnesses can be family, friends, co-workers, congregants, teachers, waiters, bartenders, gymgoers, neighbors, grocers and more.”

The brief added that the witness requirement helped prevent fraud. “That South Carolina doesn’t have massive voting fraud is a good thing and shows the state’s election rules are working; it cannot be a reason to suspend those same requirements,” the brief said.

The decision continued what has been a string of Supreme Court rulings largely siding with arguments pressed by Republicans to restrict voting rights. But the court had recently split its decisions in two similar cases over absentee ballots.

In July, the Supreme Court reinstated a similar law in Alabama, by a 5-to-4 vote. But it refused a request from Rhode Island Republicans in August to revive that state’s requirement that voters using mailed ballots fill them out in the presence of two witnesses or a notary, over the dissents of Justices Thomas, Alito and Gorsuch.

There were important differences between the Alabama and Rhode Island cases, the court explained at the time in an unsigned order. In Alabama, state officials had sought to reinstate the law. In Rhode Island, officials had agreed to a consent decree suspending the witness requirement.

The order added that Rhode Island’s last election was conducted without the witness requirement, meaning that instituting a change later could confuse voters.

State officials in the South Carolina case said it was “virtually identical” to the one from Alabama. But the challengers responded that South Carolina’s primary, unlike the one in Alabama, was conducted without the witness requirement.

More than 8,000 people have already voted by mail in South Carolina’s general election, presumably under the impression that the witness requirement had been suspended. “Many of these voters face certain disenfranchisement through no fault of their own,” the challengers’ brief said.

State officials, in reply, said the number of such ballots is unknown and called the possibility “unfortunate.”

“If South Carolina discovers that some ballots are missing a witness signature and were submitted while the district court’s injunction was in place, the state will simply have a decision to make about what to do with those ballots,” the officials wrote. “Whatever it decides, the possibility that some people might have voted without complying with the witness requirement cannot be a reason to let everyone vote without complying with the witness requirement.”