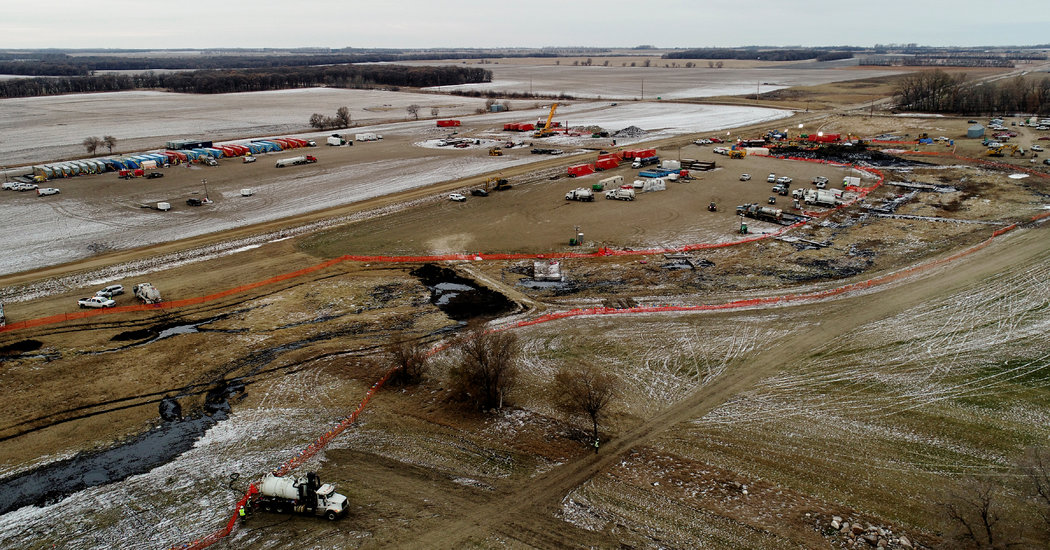 WASHINGTON — The Supreme Court on Monday rejected a request from the Trump administration to allow construction of parts of the Keystone XL oil pipeline that had been blocked by a federal judge in Montana. But the court temporarily revived a permit program that would let other oil and gas pipelines cross waterways after only modest scrutiny from regulators.

The court’s brief, unsigned order gave no reasons, which is typical when the justices rule on emergency applications, and it said it would last while appeals moved forward. There were no noted dissents.

Environmental groups had challenged the permit program, called for by the Clean Water Act, saying it posed a threat to endangered species. In April, Judge Brian M. Morris of the Federal District Court in Montana suspended the program, which is administered by the Army Corps of Engineers, saying that it had been improperly reauthorized in 2017.

The government, he wrote, had violated the Endangered Species Act by failing to adequately consult with federal wildlife agencies

Judge Morris’s ruling disrupted the plans of TC Energy to build the Keystone XL pipeline, which would carry crude oil from Canada to Nebraska, where it would connect with an existing network to deliver the crude to refineries on the Gulf of Mexico. In the process, it would cross some 20 miles of waterways.

In May, the United States Court of Appeals for the Ninth Circuit, in San Francisco, refused to stay the ruling while appeals moved forward.

In asking the Supreme Court to intervene, Solicitor General Noel J. Francisco said Judge Morris’s decision “causes direct, irreparable injury to the interests of the government and the public” and “will cause extraordinary project delays.”

At a minimum, he added, “the order is overbroad and should be stayed to the extent it reaches beyond the Keystone XL project itself.”

“TC Energy would not be able to employ a majority of the approximately 1,500 unionized construction workers, and approximately 300 administrative, inspection and management personnel it would otherwise employ for pipeline construction in 2020,” the brief said. “The loss of so many high-paying jobs, along with the loss of the secondary employment and economic opportunities that construction activities would otherwise create in local communities, would be particularly harmful in the current distressed economy.”

The environmental groups urged the Supreme Court to stay out of the matter, saying that pipelines remained free to apply for “individual, project-specific permits.”

On the other side of the balance, they wrote, were grave harms to wildlife protected by the Endangered Species Act, or E.S.A.

“Allowing private companies to build oil and gas pipelines across thousands of waterways,” they wrote, “would thwart the very purpose of the E.S.A.: protecting endangered species from extinction before it is too late. Particularly vulnerable are those species — such as the whooping crane, pallid sturgeon and Roanoke logperch — caught in the cross hairs of several of these pipelines and therefore at risk of substantial cumulative harm.”