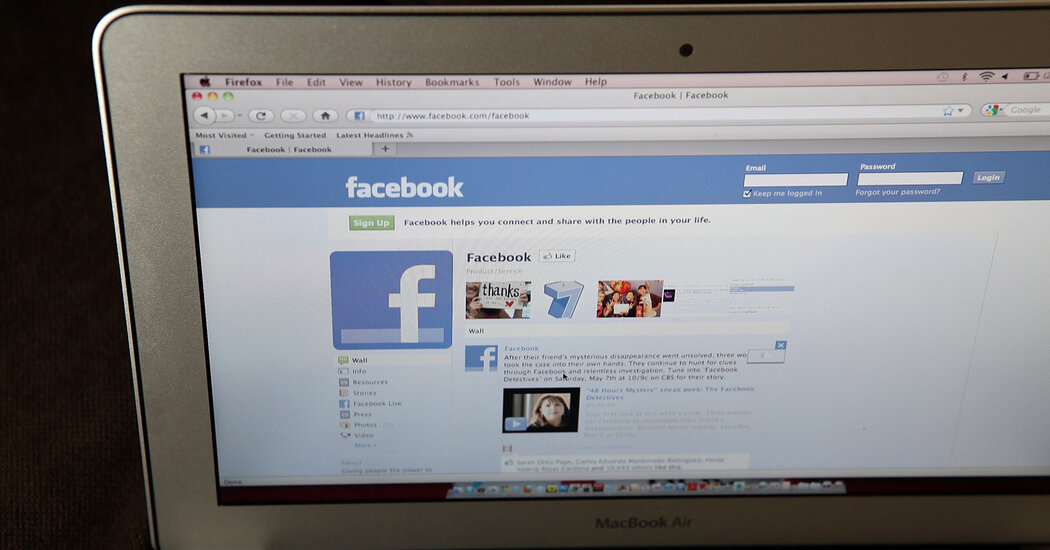 Social media is a cesspool, and it’s getting worse by the day. In the past few months, outright lies about miracle coronavirus cures, mail-in voting fraud and Senator Kamala Harris’s eligibility for the vice presidency have gone viral on Facebook, Twitter, YouTube and elsewhere. People believe them.

The platforms, however, aren’t taking the threat of spreading misinformation seriously enough ahead of the election. Again. That’s why I urge Americans to take a bold step: Stay off social media at least until you’ve voted.

Americans who rely the most on social media to get their news are also far less likely to have accurate or complete knowledge of political events, a Pew Research Center study found. Nearly 60 percent of people who primarily get their news from social media had minimal knowledge of current political events, according to the study, compared with 23 percent who primarily get their news directly from news websites or apps. (Which also means the people who need to hear this the most may not come across a New York Times article.)

Among 18- to 29-year-olds, 48 percent get most of their political news from social media sites. These sites are breeding a generation of the misinformed — a situation that has only grown more dire at a time when the president spreads falsehoods about public health and the election.

Facebook’s policies are the most egregious. Citing free speech, it allows politicians’ lies to spread on the site while false information flows unimpeded through Facebook groups, user posts and advertisements. Facebook also says that it will start pushing content from Facebook groups to users’ news feeds in the coming months, even when they are not members of that group. Groups have been criticized for magnifying falsehoods about medical cures and promoting extremism.

Facebook has taken some action, notwithstanding its seemingly arbitrary fact-checking operation. The company says it will limit political advertising in the week before Election Day — but with huge numbers of mail-in ballots already being sent in around the country, that will amount to too little, too late.

“I don’t think there is any question at this point voters will be more informed by seeking out news brands they trust rather than spending their time on social media where it’s less than clear,” said Jason Kint, the chief executive of Digital Content Next, an online publishing industry group. He said the addition of more moderators and rules hasn’t been much of a salve, as Facebook’s “core business model of amplifying content seems to spread more and more toxic garbage.”

Twitter has taken a somewhat more aggressive approach. It announced last month that it would label or remove tweets that are intentionally meant to confuse the electorate about voting, though such posts easily find their way back into users’ feeds. Twitter sometimes forces users to first click through a warning that a tweet violates its rules on election integrity, such as a September post by President Trump sowing confusion about how mail-in voting works in North Carolina.

The problem with such posts is that they are widely spread, echoed and believed — and that happens far more quickly than moderators can react with a warning label. Such messages should instead be removed.

YouTube, owned by Google, wins advertisers by keeping users on the website for as long as possible. That often means leading viewers into an unending rabbit hole of extreme videos that promote unfounded rumors. Google itself will halt some automated search suggestions that may lead web surfers to incorrect information about candidates or elections.

But over all, these companies have effectively conceded that their platforms’ huge scale makes them ungovernable. Like the Road Runner eluding Wile E. Coyote’s rocket-powered skates, misinformation will always remain one step ahead of the platforms’ police, whatever the latest high-tech tools.

There are many positives to social media, of course — particularly as millions of Americans struggle to stay connected during the coronavirus pandemic. Keeping in touch with friends and family has never been easier, and the platforms have highlighted plenty of accurate voting information and voter registration drives.

But much of that information is available more reliably elsewhere, from your local board of elections website and from good government groups. As for your loved ones: Remember that the data collection device in your pocket can be used to make old-fashioned phone calls.

The lessons of 2016 — when hate-mongering communities and foreign adversaries overtook social media and helped usher in the Trump era — haven’t yet sunk in at Facebook and Twitter. But that doesn’t mean you have to make the same mistake.

Social media miscreants flourish from your attention. Don’t give it to them.

It may not be easy, but it is simple. Just don’t log in. America’s democracy would be better off for it.