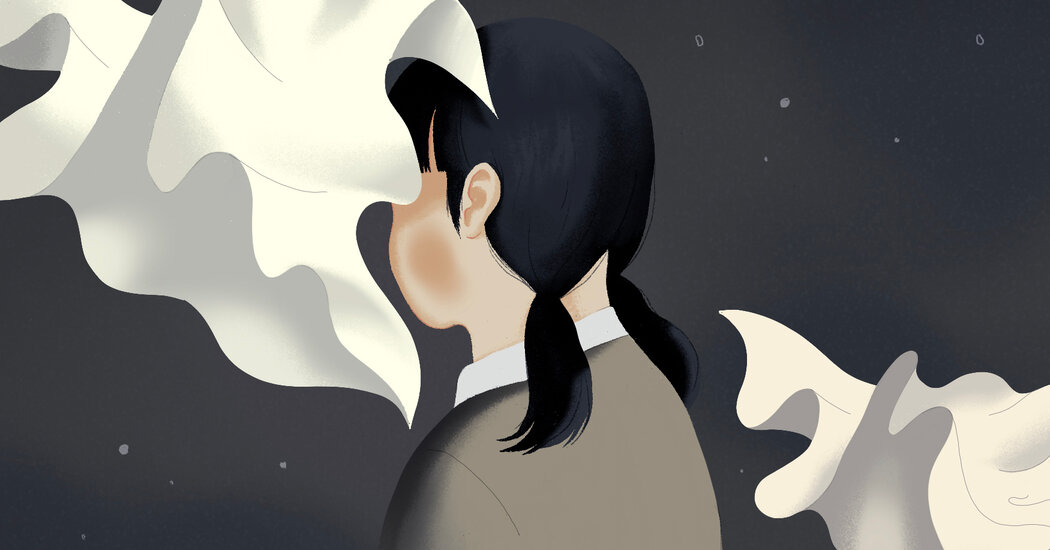 “I’m not sure Asian-American families can avoid ‘the talk’ any longer,” one expert said.

My daughter was the only kid who didn’t have a separate Korean name when we signed her up for Korean classes three years ago. The blank space on the registration form looked at me, as if to say we’d forgotten something as parents.

When she was born in the United States in 2012, my spouse and I, who are both Asian-American, never thought to give her a name like Seohyun or Haeun. Though Korean was the language I spoke growing up in New York with my immigrant parents, I’ve forgotten many of the words I used to know. Yet hearing it spoken still conjures the sense of home.

I had no ambition to teach my daughter Korean, but when she turned 5, she insisted she wanted to learn so she could talk to her halmoni — her grandmother. So I conceded.

On Seollal, the Korean New Year, she and the other girls in her class sported traditional silk outfits. The floor-length skirts flapped to show their patterned leggings underneath, in a church basement that smelled of steamed rice and sesame oil.

It was familiar and reassuring.

Still, I kept asking my daughter when she would try soccer, which seemed to me the “American thing” to do on a Saturday morning. It was held at the same time as Korean School. I kept thinking about the parents on the sidelines and wondered what we were missing.

In March 2020, my daughter was in first grade, eager to talk about a school assignment that asked her to write about a problem and how to be a part of solving it. Her response was that women should be paid the same as men. I felt proud.

But then she continued. A classmate had written that coronavirus was a problem and that keeping Chinese people out of the country was the solution.

Later the other kids asked: “Are you Chinese?”

In the summer of 2020, the Stop A.A.P.I. Hate Youth Campaign interviewed 990 Asian-American young adults across the United States about their experiences during the pandemic, and found that one in four had reported experiencing racism in some way.

Kids said that they had been bullied, physically harassed and had racial slurs shouted at them. Dr. Juliana Chen, a child and adolescent psychiatrist at Mass General Brigham, said that kids who experience this kind of racism may stop going to school or speaking up in class. They might start acting out, feel unwell, have trouble sleeping or struggle with depression.

Tiffany Yip, a developmental psychologist at Fordham University, said that a child who hears a racist remark hears this: “You don’t belong. You’re other. You’re different.”

We are one of only a handful of Asian-American families in our school, which prides itself on teaching about inclusion. Earlier in the year, our daughter came home talking about Malala Yousafzai and Ruby Bridges, asking where we would have been sitting on the bus in times of segregation. Now I questioned what racial biases our progressive community might have held.

When schools closed and our country locked down, my family took daily walks, chalked the sidewalks, looked for teddy bears in windows, and tried to smile from behind our masks. But when a girl in our neighborhood pointed to my daughter and said they could not play together because of the “China virus,” I wept.

During lockdown, we devoured books with Asian-American heroines by authors like Grace Lin and Min Jin Lee. I marveled: “That’s my family’s story.” While my 7-year-old jumped from the couch, she said of one of the characters: “She likes to eat dduk guk” — Korean rice cake soup — “like me!”

Next we read about Li Keng Wong, a 7-year-old who was detained at the Angel Island immigration station in San Francisco in 1933. We admired the poems carved into the barracks there, wrote poems of our own, and taped them to our bedroom walls. But I struggled to find the words to explain to my daughter why Chinese-Americans were forced to live in these barracks; why they were separated from their families.

She doesn’t yet know about the 84-year old man who died two days after being shoved to the sidewalk in Chinatown in San Francisco last month, or about the six Asian-American women killed by a shooter in Atlanta this week. While attacks on Asian people aren’t always charged as hate crimes, many Asians feel an increasing sense of vulnerability.

And I found the answer to my daughter’s question about where we would sit on the bus. Asian-Americans have our own, less well-known place in the civil rights story. Asians also lived in the South in the 1950s, and we, too, would have been told to move to the back of the bus. In the 1860s, there were segregated schools for Chinese-American children, for families that looked like ours.

I am finding the language to share this with my daughter. I will tell her about these injustices and I will remind her of Fred Korematsu, an American civil rights activist who objected to the internment of Japanese-Americans during World War II, and others who in their bravery spoke their minds when they disagreed with what our systems condoned.

Kids begin to develop a sense of racial identity by age 3 or 4, Dr. Yip said. Once they enter grade school, they hear about race and racism from peers and the media they consume.

“By not talking about race” and what they’re hearing, Dr. Yip said, “you run the risk of intensifying stereotypes” which can then lead to racism.

As parents we fear these hard conversations, but Dr. Chen said that it’s important to ask certain questions: What have you heard? What do you worry about? What’s school like for you and your friends? Has anything like this ever happened to you or someone you know?

When a racist incident happens to your child, Dr. Chen said, don’t jump into solving the problem. First ask how they feel and listen. Tell them you don’t know all the answers, but you can find solutions together.

Dr. Yip also suggested telling teachers and school leaders about the incident. Parents can help start a conversation with all the kids involved. Ask: “Can you help me understand why you did this? How do you think it makes others feel?”

Make sure that the children who were targeted know it wasn’t their fault, Dr. Chen added. Role play what you will do if it happens again and tell them, Mom or Dad or your caregivers will keep you safe.

“Black families always have the racial talk,” Dr. Yip said. But many Asian-American families in past generations did not. They emphasized assimilating to what they thought was a post-racial state. Now with the surge in harassment and hate incidents, she said: “I’m not sure Asian-American families can avoid ‘the talk’ any longer.” It’s a talk that must include listening to, and coming to understand, all groups who face racial bias.

In hindsight, I now see that Korean School has done more for my family than soccer ever could. It’s a place where my daughter sees she isn’t alone. There are families who look like ours and wrestle with the same questions, about what we will forget, and what we will keep from our immigrant families’ pasts. Being in a community equips us to be resilient in the face of the racism that we will inevitably encounter. I resolved to teach my daughter about the parts of myself that I, for too long, believed were meant to be forgotten. This will anchor her in who she is becoming, as an American.

It’s been a year since the pandemic began. Ideas around race and identity have shifted in a seismic way. My daughter has gone from sewing masks for her bears, to carrying Black Lives Matter posters and voting with me in a presidential election. Her memories of these historic events will take shape over time.

But for now, she is 8. She is learning to do cartwheels and is making dioramas and writing short stories. When she grows up, she says she wants to be a writer. She’s decided already on a character for her first book. Her name will be Minjee.

Here’s what parents can do to help: