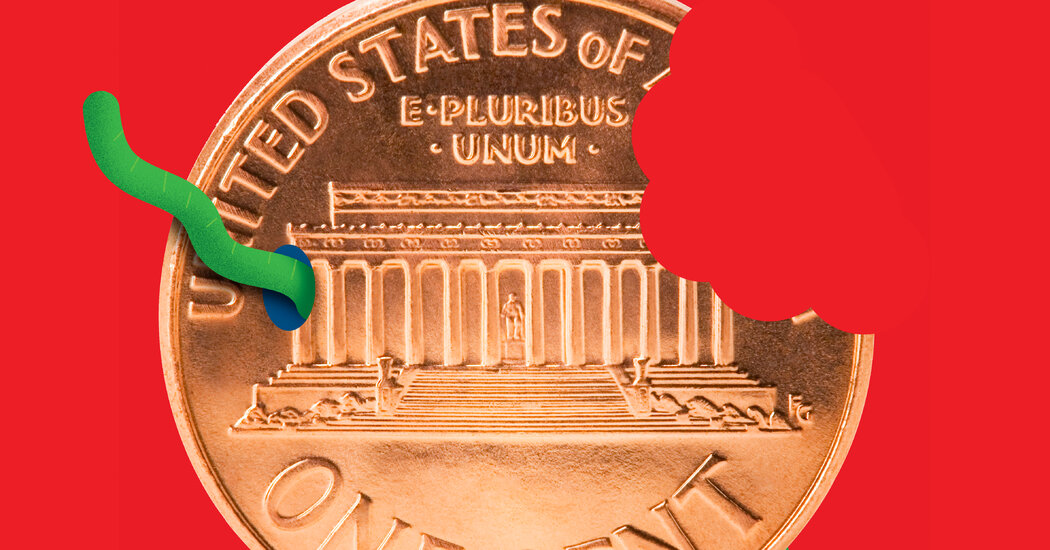 Representative Kevin McCarthy of California, the top House Republican, recently took to social media to warn that Democrats have hatched a dastardly plot. “Democrats,” he said, “want to track every penny you earn so they can then tax you and your family at the maximum possible amount.”

What doesn’t get enough attention is that many Republicans seem not to agree.

Resistance to taxation is the rotten core of the modern Republican Party. Republicans in recent decades have sharply reduced the federal income tax rates imposed on wealthy people and big companies, but their opposition to taxation goes beyond that. They are aiding and abetting tax evasion.

Republicans have hacked away at funding for the Internal Revenue Service over the past decade, enfeebling the agency. When the rich and powerful open loopholes in the tax code, Republicans reliably fight to keep the loopholes open. Indeed, they valorize Americans who find ways to pay less, a normalization of antisocial behavior that may be even more damaging than the efforts at bureaucratic sabotage.

Former President Donald Trump’s loud and proud declaration that paying very little in taxes “makes me smart” was just a more brazen articulation of what has become party orthodoxy.

The Democratic proposal targeted by Mr. McCarthy — in the video he posted online, he calls it “un-American” — would make it harder for wealthy people to cheat on their taxes.

The I.R.S. estimated in 2019 that Americans conceal from taxation more than half of income that is not subject to some form of third-party verification like a W-2, the form that the government uses to verify ordinary wage income. This blind spot costs the federal government hundreds of billions of dollars in unpaid taxes. In comparison, more than 95 percent of wage income is reported.

Under the current version of the Democrats’ plan, which is part of the Biden administration’s sweeping “Build Back Better” legislation, banks would be required to submit annual reports on accounts with total inflows and outflows exceeding $10,000, excluding paychecks and government benefits. The banks would report the total amount deposited in the account and the total amount withdrawn. There would be no reporting of individual transactions. The information would give the I.R.S. a better chance to catch cheaters — and it would provide a salutary reminder for people to pay what they owe.

The Biden administration recently cemented an international agreement to establish a 15 percent global minimum tax on corporate income. The long-sought deal would reduce the incentive for American firms to evade taxation by pretending to generate revenue in low-tax havens like Ireland and roughly half the islands in the Caribbean — a practice that has become all but business as usual in industries with intangible products, like finance, technology and pharmaceutical research.

Improving tax collection has another important benefit. Democracy — and capitalism — rests on a lacework of mutual obligation. People fulfill their own responsibilities because they are confident others will, too. Collecting taxes, especially from the rich and powerful, is an affirmation of that faith.

Felicia Wong, the president of the Roosevelt Institute, a progressive think tank based in New York, said that the corporate tax agreement, which includes 136 countries, is valuable as a demonstration that governments have the ability to impose their will on multinational corporations in the service of the public interest — a hopeful model for confronting other problems, like climate change.

“It can and should create more faith in governance,” she said.

Both plans, however, must overcome the united opposition of congressional Republicans.

The Republican Party was reborn in the 1970s under the banner of resistance to taxation, led by anti-tax men like Jack Kemp and Ronald Reagan. It remains the party’s fixation, the one major area of policy on which congressional Republicans were able to agree during the Trump administration.

By way of ideological justification, Republicans like to talk about liberty, by which they mean a narrow and negative kind of freedom from civic duty and mutual obligation.

But the fervent opposition to taxation has always found its deeper wellsprings of motivation in concern about how the money will be spent. In the bellwether case of California, the rise of anti-tax activism was inextricably intertwined with the decline of a white electoral majority. It wasn’t a question of whether Americans should ever be required to help one another. The real question was who would be helped.

Opposition to progressive income taxation also draws strength from an imagined democratic ideal in which the people who vote for taxation, pay the taxes and get the benefits are all one and the same.

History tells a different story. From the outset, taxation in the United States was designed as an antidote to inequality. The government initially chose to raise revenue through tariffs collected from wealthy merchants. The introduction of a federal income tax in the early 20th century was a different means to the same end. In a historical analysis published last year, a pair of German political scientists, Laura Seelkopf and Hanna Lierse, showed that progressive taxation is a hallmark of democratic governance.

Political philosophers have long fretted that democracy allows the poor to plunder the rich. The opposite has proved more nearly true. Progressive taxation is not a threat to the wealthy. It is a small price to pay for prosperity.

Cutting taxes to starve social programs is, by itself, a threat to the sustainability of the American experiment in multicultural democracy. In enabling resistance to lawful taxation, Republicans are engaged in an even more direct assault.

Having failed to constrain government spending through the democratic process, they are seeking to undermine government.

Mr. McCarthy is right to frame a fairly technical change in tax rules as an issue that goes to the heart of American democracy. Democracies impose higher taxes than other forms of government because democracies are communities of common purpose. We create and maintain our society through our contributions.

Or we don’t. And things fall apart.