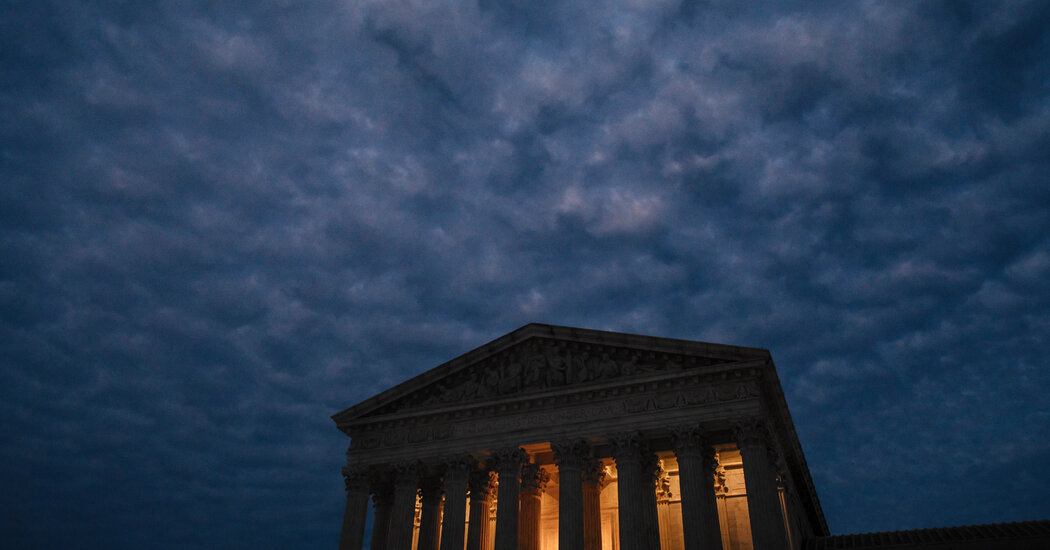 The outcome of a property rights case could foretell how much conservatives can expect from the justices.

The case that the Supreme Court heard this week about a California law granting union organizers access to private farms has been described as a labor case, which it marginally is. It has also been described as a case about property rights, which it definitely is. But what makes Cedar Point Nursery v. Hassid one of the most important cases of the current term is the question it presents for the newly configured court: whether, after years of disappointment, the political right may finally be able to take the Supreme Court for granted.

The case exemplifies a dynamic likely to become quite familiar in the coming months or years. In an ordinary lawsuit, the plaintiff might dream of winning big, but would be satisfied simply to win. By contrast, Cedar Point Nursery — or, more precisely, the Pacific Legal Foundation — is shooting for the moon. Its lawyer made clear in his argument on Monday that it expects to come away with nothing less.

The group is using Cedar Point, a strawberry grower, along with another employer that packs and ships grapes and citrus fruit, as stalking horses for its long-running project to elevate property rights.

In one remarkable exchange, the foundation’s lawyer, Joshua Thompson, rejected out of hand a potential path to victory offered by Justice Brett Kavanaugh. Describing a 1956 Supreme Court decision, N.L.R.B. v. Babcock & Wilcox, Justice Kavanaugh said that “we decided unanimously in 1956 how to balance property rights against union organizing rights in the Babcock case.” The California law at issue now, he pointed out, tilted the balance in favor of the union further than that precedent authorized.

“I agree that we would prevail under Babcock,” Mr. Thompson replied, “but I don’t think that question is fairly presented by this case.”

And it probably isn’t. The Pacific Legal Foundation doesn’t want a balancing test. It wants a categorical rule — referred to throughout the argument as a “per se rule” — that any entry by a union onto private land, if authorized by the state, is a “taking” of private property in violation of the Fifth Amendment’s Takings Clause (“nor shall private property be taken for public use, without just compensation”). Any entry at all.

The California law, enacted in 1975 as the product of Cesar Chavez’s drive to organize the state’s farmworkers, authorizes the union to approach workers in the field before and after the working day for up to three hours on 120 days of a year.

“So let me ask you this,” Justice Amy Coney Barrett said to Mr. Thompson. “What if California had a regulation that permitted union organizers to go onto the property of your clients one hour a day, one day a year. Is that a taking subject to the per se rule?”

His answer was certainly no surprise to the justices listening remotely to the argument. His theory of the case required precisely that answer, as Justice Barrett — who may be giving Justice Elena Kagan a run for her money in the department of well-designed hypothetical questions — surely knew. Nonetheless, it underscored just how audacious the Pacific Legal Foundation’s position is.

For the modern property-rights movement, in which the Pacific Legal Foundation has been active since the Reagan era, the Cedar Point Nursery case represents unfinished business. The best friend the movement had at the Supreme Court was Justice Antonin Scalia, among whose projects was to expand the type of government action that counts as a taking. He achieved an important breakthrough in a 1992 case, Lucas v. South Carolina Coastal Council.

Until that decision, the court had limited the definition of a categorical taking to a physical occupation of private property, eminent domain being the prime example. Government actions that didn’t “take” private property in the literal sense, but simply limited its use in certain ways, were regarded as “regulatory takings,” with the private and governmental interests being weighed against one another to determine whether compensation was required. In the Lucas case, a new land-use regulation deprived the landowner of his shore-front property’s entire economic value by preventing him from building homes on it. That was a categorical taking, the Lucas decision held. No balancing. The government simply lost.

When a regulation “declares ‘off-limits’ all economically productive or beneficial uses of land,” Justice Scalia wrote for the court, “compensation must be paid to sustain it.”

Nine years later, the question returned in Palazzolo v. Rhode Island, a case brought to the court by the Pacific Legal Foundation. What if the loss of economic value was something short of 100 percent? The landowner sued the state for $3 million when a wetlands regulation forced him to abandon his plan to divide his land into 74 individual building lots. Ah, but part of the property that was not subject to the regulation retained a value of $200,000. So did the regulation effect a Lucas-style taking?

The case left the court sharply divided. It was decided on the final day of the term in 2001 with six separate opinions. As a technical matter, the landowner won; the Rhode Island Supreme Court had ruled against him, and the justices sent the case back to that court for reconsideration. The Pacific Legal Foundation had won the battle but lost the war. The majority treated the case as an ordinary regulatory taking, refusing to apply Justice Scalia’s innovative definition of a categorical taking. The case left Justice Scalia’s Lucas decision essentially confined to its facts. At his death five years ago, his deregulatory project remained incomplete.

That was the war that resumed at the Supreme Court this week, and that history explains why, from the Pacific Legal Foundation’s point of view, anything short of total victory is beside the point. (And in a twist of fate, the lawyer who argued against the foundation in the Palazzolo case was Sheldon Whitehouse, then Rhode Island’s attorney general and now one of the Democratic senators behind a fire-breathing brief in this week’s case that traces the network of conservative funders behind the current effort to expand property rights.) The Trump administration had filed a brief supporting the Pacific Legal Foundation. The Biden administration informed the court by letter last month that the brief “no longer represents the position of the United States.”

This case is not only a test for the court. It is also a test for those who see the court as now populated with their ideological allies. What demands does one make of one’s friends? It’s not an easy question, either in private life or in public. Donald Trump took the Supreme Court for granted, as he had some reason to do: It validated his Muslim travel ban and let him keep building his wall in defiance of Congress’s appropriations restrictions. But then, during the past year, the court first declined to shield his financial information from a New York prosecutor and then refused to help him overturn the result of the presidential election — a betrayal he was still ranting about as recently as 10 days ago.

Was the court buying what the Pacific Legal Foundation was selling? Even Justice Barrett, who was a law clerk for Justice Scalia two terms before the Palazzolo decision, as his property-rights project was in full flower, seemed skeptical.

If I had to predict the outcome, I think the court’s eventual decision will send the Cedar Point Nursery case back to the U.S. Court of Appeals for the Ninth Circuit with instructions to evaluate the California law as a regulatory rather than a categorical taking. What message that would send to government regulators across a variety of industries would depend on how the decision is written. But the bigger message would be clear: Don’t take us for granted. Not now. Not yet.