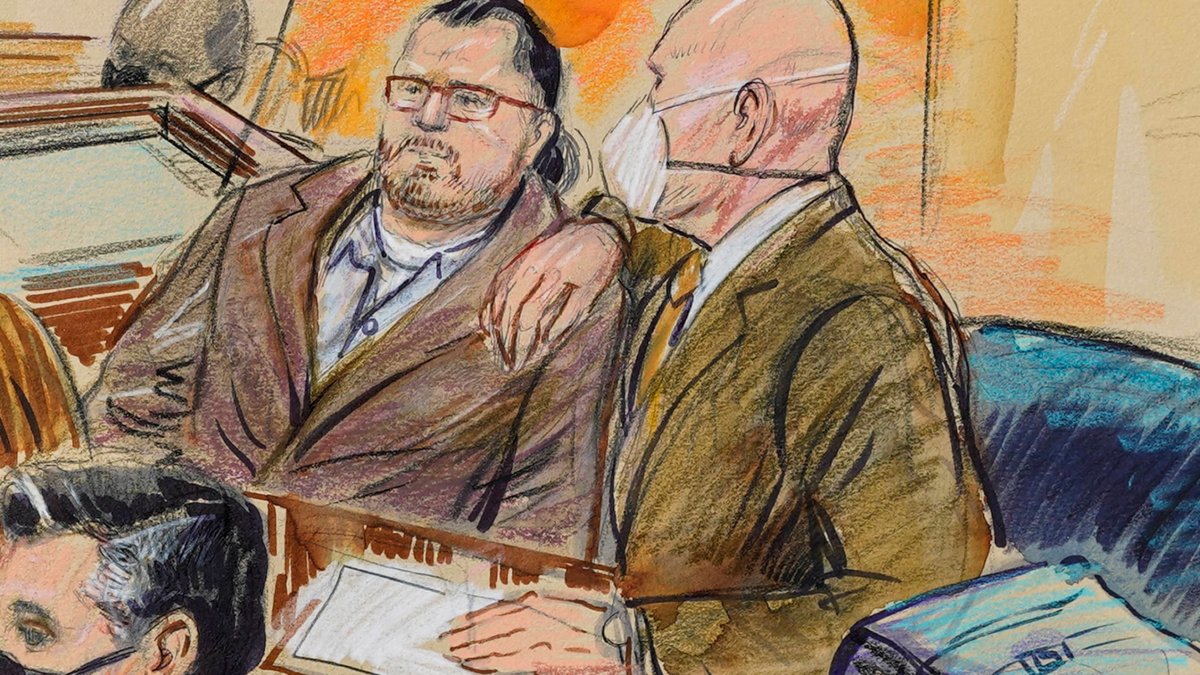 A Texas man convicted of storming the U.S. Capitol with a holstered handgun helmet and body armor was sentenced on Monday to 87 months — more than seven years — in prison, the longest sentence imposed so far among hundreds of Capitol riot cases.

Prosecutors said Guy Reffitt told fellow members of the Texas Three Percenters militia group that he planned to drag House Speaker Nancy Pelosi out of the Capitol building by her ankles, “with her head hitting every step on the way down,” according to a court filing.

Reffitt was the first person to go on trial for the Jan. 6, 2021, attack, in which supporters of then-President Donald Trump halted the joint session of Congress for certifying Joe Biden’s 2020 electoral victory.

U.S. District Judge Dabney Friedrich, who presided over Reffitt’s jury trial, also sentenced him to three years of supervised release after his prison term and ordered him to pay $2,000 in restitution.

Justice Department prosecutors recommended a 15-year prison sentence for Reffitt, who already has been jailed for approximately 19 months. They said he was a militia group member who intended to drag lawmakers out of the building and take over Congress to stop the certification of the Electoral College vote.

Sentencing guidelines calculated by the court’s probation department called for a sentence ranging from nine years to 11 years and three months. Prosecutors argued that an “upward departure for terrorism” was warranted in Reffitt’s case.

The longest sentence before Reffitt’s was five years and three months, for two men who pleaded guilty to assaulting police officers at the Capitol.

Defense attorney Clinton Broden asked for Reffitt to be sentenced to no more than two years in prison. Broden noted that Reffitt didn’t assault any law enforcement officers or enter the Capitol building.

Videos captured the confrontation between outnumbered Capitol police officers and a mob of people, including Reffitt, who approached them on the west side of the Capitol.

Reffitt was armed with a Smith & Wesson pistol in a holster on his waist, carrying zip-tie handcuffs and wearing body armor and a helmet equipped with a video camera when he advanced on the officers, according to prosecutors. He retreated after an officer pepper sprayed him in the face, but he waved on other rioters who ultimately breached the building, prosecutors said.

Reffitt didn’t testify at his trial before jurors convicted him in March of all five counts in his indictment. The jury found him guilty of obstructing Congress’ joint session, of interfering with police officers outside the Capitol and of threatening his two teenage children if they reported him to law enforcement.

From taking no action to adding “fuel to the flames,” the House select committee laid out former President Donald Trump’s movements during the U.S. Capitol riot on Jan. 6, 2021.

Reffitt’s 19-year-old son, Jackson, testified that his father told him and his sister, then 16, that they would be traitors if they reported him to authorities and warned them that “traitors get shot.”

Guy Reffitt was a member of the Texas Three Percenters militia group, according to prosecutors. The Three Percenters movement refers to the myth that only 3% of Americans fought in the Revolutionary War against the British.

Reffitt lived with his wife and children in Wylie, Texas, a Dallas suburb. He drove to Washington, D.C., with Rocky Hardie, a fellow member of the militia group.

Hardie testified that both of them were armed with holstered handguns when they attended Trump’s “Stop the Steal” rally before the riot. Hardie also said Reffitt gave him two pairs of zip-tie cuffs in case they needed to detain anybody.

More than 840 people have been charged with federal crimes related to the riot. Over 340 of them have pleaded guilty, mostly to misdemeanors. More than 220 have been sentenced, with nearly half of them receiving terms of imprisonment. Approximately 150 others have trial dates stretching into 2023.

Reffitt is one of seven Capitol riot defendants to get a jury trial so far. Jurors have unanimously convicted all seven of them on all counts in their respective indictments.

Stephen Ayres, who was convicted of participating in the U.S. Capitol riot on Jan. 6, 2021, testified Tuesday before the House select committee that he was driven to enter the Capitol Building after listening to former President Trump’s speech at the Ellipse. “The president got everybody riled up and told everybody to head on down. So we basically [were] just following what he said.”