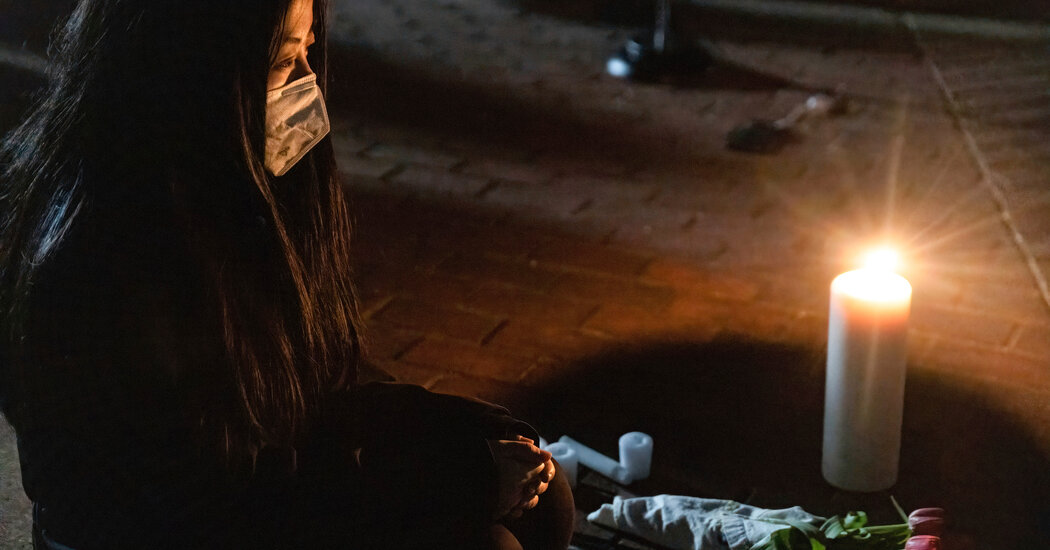 Journalists should give readers the facts, not play to fears.

For many years, Gallup has been gauging America’s confidence in its institutions. Journalism has not fared well. In 2020, just 24 percent of Americans had either a great deal or quite a lot of confidence in newspapers. Thirty-nine percent had very little or none. For television news, the respective figures were even worse, 18 versus 49.

How to explain this lack of confidence? One reason may be that we keep proving ourselves unworthy of it.

This is happening again in the wake of the mass murder at three Atlanta-area massage parlors, in which six of eight victims were women of Asian descent. The crime is horrific and heartbreaking. The identity of the perpetrator is clear.

And the motive, while still requiring scrutiny, is confessed: The killer claims to have been struggling with a sex addiction at odds with his evangelical beliefs. According to The Associated Press, “All three businesses where people were fatally shot Tuesday have detailed recent reviews on an online site that leads users to places that provide sexual services.”

So how do we get headlines like “The Atlanta Spa Shootings and the Year of Hatred Against Asian Americans” on a news story from U.S. News & World Report? And why has reporting of the incident by so many news outlets emphasized the race of six of the victims when there is, as yet, only one rumored bit of evidence (in a South Korean newspaper) that the victims were attacked on account of their race?

The reason is that we have two things that, separately, are important and true, but that are being dubiously conjoined for reasons of ideological convenience.

Here’s what is important and true: Hate crimes against Asian-Americans in 16 U.S. cities jumped by 149 percent in 2020 from the previous year, according to one academic analysis, even as the overall rate of hate crimes declined by 7 percent in the same period. Also true is that Donald Trump stoked anti-immigrant hatreds that very likely contributed to the 2018 massacre at the Tree of Life synagogue in Pittsburgh and the 2019 massacre at a Walmart in El Paso. His references to the “China virus” were another characteristic piece of dog-whistled xenophobia, which is why it’s understandable that Asian-Americans who have dealt with harassment would feel that the Atlanta attacks confirmed their worst fears.

But if the news media should have learned one thing over the past 20 years, it’s to be exceptionally wary of trying to map one truth onto another for the sake of a compelling narrative.

In 2003, Saddam Hussein wanted weapons of mass destruction, previously possessed and used them and had a long history of obstructing international inspectors. But it didn’t mean that Hussein had W.M.D.s. In 2016, Donald Trump said nice things about Russia and WikiLeaks, and Russia, using WikiLeaks, sought to meddle in the U.S. election to help Trump get elected. But the mutuality of interests didn’t add up to collusion, at least not in any way that could be successfully prosecuted in court.

Now we have a rising rate of anti-Asian hate crimes, and a horrific crime in which the perpetrator is white and most of his victims were of Asian descent (although two were white). The powerful ideological temptation is to treat this as yet another shooting in the vein of Pittsburgh and El Paso — or, as one CNN headline put it, “White Supremacy and Hate Are Haunting Asian-Americans.”

Tempting — but mostly baseless. The same study that found last year’s rise in anti-Asian hate crimes also notes that the overall incidence of these crimes is relatively small, both in absolute numbers (122 incidents in 2020, out of a total of 1,717 hate crimes), and compared with other victimized groups. It should go without saying that one hate crime is one too many, but even though reports of these incidents may be a small fraction of the overall crimes, proportions matter.

And while data about the identity of perpetrators is hard to come by, the New York Police Department did keep tabs last year. It found that out of the 20 anti-Asian hate crimes in which arrests were made, two arrestees were white, five were white Hispanic, two were Black Hispanic, and the rest were Black.

What can one conclude from this limited data? Not a lot, except that the idea that white supremacy is what haunts Asian-Americans rests on empirically thin ice. Like so much else in public discourse today, it’s another capital-T ideological Truth in search of lower-case-t factual truths to validate its predetermined, overstretched hypotheses. That it has the laudable goal of “raising awareness” and “combating hate” does not relieve journalists of the responsibility to report facts scrupulously, not play to fears in the service of a higher good.

In the meantime, readers deserve to know how the perpetrator was able to buy the murder weapon on the day of his killing spree. They ought to learn more about the religious mania that allegedly fueled his toxic anxieties. They deserve to know just how widespread the sex trade is in massage spas, and why local authorities seem to look the other way. And they ought to see where the evidence may yet lead, including the still-open possibility of hidden racial animus.

All of this would be journalism in which the public could have confidence. Instead we have morality plays.